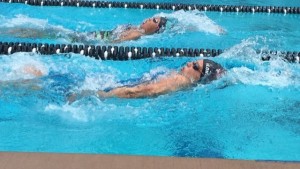 Emily Longfellow of Redlands East Valley has verbally committed to the University of Houston Swimming and Diving program.

Longfellow, who is preparing for her senior season with the REV Wildcats, was named to the San Bernardino Sun All-Area Swim First Team in 2014-15.

The REV captain took first place in the CIF Southern Section Division 2 consolation finals of the 200 IM with a time of 2:06.35. She also finished sixth in the 100 backstroke with a time of 57.50.

END_OF_DOCUMENT_TOKEN_TO_BE_REPLACED

Rialto’s do-everything forward Brittani Walker will sign with La Sierra University in a ceremony in the Rialto High School Gymnasium according to a phone call I received from Knights coach Michael Anderson. Walker, who was the glue do Rialto’s CIF-SS championship and CIF-State runner-up team, averaged 8.4 points, 9.5 rebounds and 4.1 steals this past season.

Before we get into this, here’s a picture of Los Osos wide receiver Paul Pitts, who was one of three county players to sign with San Diego State today. The picture was submitted by his parents.

Number of signees by high school:

Kind of a down year as far as numbers, as REV – which is good for 3 guys a year – only sent Josh Armstrong to FCS Sacramento State. As you would guess, the more successful schools sent the most guys on, as every school with multiple signees went to the playoffs with all but Redlands making it to the second round. The top two schools, Colton and Kaiser, were extremely successful, with the Cats going 12-1 and the Yellowjackets winning the CIF-SS Central Division number.

Crazily enough, the JCs were fruitful this year, with Chaffey sending three to BCS schools and Victor Valley sending 1.

Number of signees by college.

Two of the more successful programs of late built on their successes this year, as Oregon and San Diego State have each combined to sign seven county kids over the last two recruiting cycles. The Ducks were especially effective, grabbing the top two kids in the area in Summit’s Devon Blackmon and Chino Hills’ Ifo Ekpre-Olomu along with Colton’s Rodney Hardrick and Etiwanda’s Jamal Prater.

With Oregon’s surge came the fall from the two LA powers, as UCLA was shutout after cleaning up in 2009 and USC only got Chaffey College’s Dallas Kelley this year after grabbing three players last year. And it wasn’t for lack of trying, as both schools were after Blackmon and USC made a last-ditch effort to get Chino’s Quinton Pedroza, who signed with Utah after decommitting from Arizona State this morning.

San Diego State has been a force in the IE under Brady Hoke and kept San Gorgonio’s Paul Rodriguez, Redlands’ Jordan Smith and Pitts (pictured above) despite Hoke going to Michigan. It will be interesting to see if Rocky Long can keep up Hoke’s momentum, or if the Wolverines start becoming a factor in Southern California again.

Along with the list below, here are a couple pictures of some signings, the first being San Gorgonio offensive lineman Paul Rodriguez to San Diego State. Ajzhana Cordova and Summer Mathews contributed the photo.

And here are Kaiser players (from left) Dennis Taylor, Walter Earnest and Desman Carter, who signed this morning with Portland State, UC Davis and Nevada, respectively. Kaiser coach Phil Zelaya is in the background.

Got a text message from Cajon athletic director Rich Imbriani indicating that senior volleyball player Mackenzie Roddy will be signing a National Letter of Intent to Northern Illinois University at 11 a.m. Wednesday in his office.

Know of any other players signing this week? Drop me a note at tj.berka@inlandnewspapers.com.

According to an article by the University of California-Berkeley’s Rivals.com site, highly-touted Chino Hills defensive back Ifo Ekpre-Olomu has declared Cal and Oregon as his top two.

Ekpre-Olomu, a two-time All-Sun (All-Inland Valley) first-team selection, is the No. 155 ranked player in the country according to Rivals.com and the No. 19 player in the state of California. He is also ranked as the No. 14 player in the state. He told the site that he was planning on officially visiting Oregon this upcoming weekend while scheduling a visit to Cal sometime during the next month. He also indicated that he’d like to have a decision made before the playoffs start in mid-November.

The article can be accessed here with a Rivals subscription.

Several hundred students showed up to honor the athletes, who added to Colton’s rich tradition of sending players to college.

“It’s something we take a lot of pride in,” Colton athletic director Harold Strauss said. “When these kids come into this program, I tell them that if they give me their all in the classroom and on the field, we’ll give them our all in getting their college paid for.”

“It was hard to tell Washington no, but I had to go with what was in my heart,” Maldonado said. “When I visited Oregon, I knew that was where I had to be. Washington was nice, but Oregon was perfect.”

Malone chose the Ducks over several colleges, including most of the Pac-10 and Nebraska. While he made his decision well before Maldonado made his and was pumped about Oregon already, having his teammate with him made it that much sweeter.

“It’s awesome,” Malone said. “I’ve been going to school with (Maldonado) since middle school. Middle school, then high school, and now college together. It’s going to be fun and I can’t wait.”

Mack might have been the happiest of the Division I signees. As of Monday, Mack was unsure if he would sign today, but he secured his ride with the Rebels Tuesday night and was all smiles when he signed his letter of intent today.

“My mom was really nervous, but I had faith that it was all going to work out,” Mack said. “I’m really happy right now and it’s a big relief.”