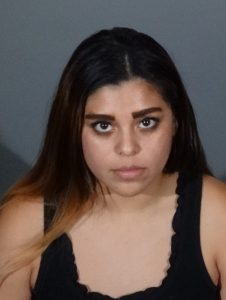 PASADENA >> A Pasadena woman asleep at home with her children awoke to find a burglar inside her bedroom on Saturday night, police said.
The break-in was reported about 10:30 p.m. at a home in the 500 block of North Rosemead Boulevard, Pasadena police Lt. William Grisafe said.
A woman in her early-40s as asleep in bed when she was awakened by some noises, he said.
“She got up to check on her children, at which point a suspect stood up from the ground at her bedside and ran out of the room,” the lieutenant said.
The woman did not get a clear view of the intruder, according to Grisafe. Several items were found to have been stolen from the home after the burglar fled.
Neither the woman nor her children were hurt during the burglary.
Anyone with information can reach Pasadena police at 626-744-4241. Tips may also be submitted anonymously to L.A. Regional Crime Stoppers at 800-222-8477.

ANGELES NATIONAL FOREST >> A man was found dead inside his SUV following solo-vehicle crash along a winding mountain road in the Angeles National Forest just south of Mount Baldy, authorities said Saturday.
Ryan David Hines, 27, of Mount Baldy died in the crash, Los Angeles County Department of Medical Examiner-Coroner Lt. Larry Smith said. CHP records listed Hines a resident of Fountain Hills, Arizona.
The wreckage was discovered Friday, though it was not clear what time, or even what day, the crash took place, Officer T. Brazier of the California Highway Patrol said in a written statement.
Paramedics pronounced the driver dead at 3:10 p.m., shortly after the crash scene was discovered, Smith said.
Hines was driving a 1988 Ford Bronco south on Mount Baldy Road near mile marker 2.16, just south of Glendora Ridge Road, at an unknown speed prior to the crash, according to Brazier.
“For reasons unknown, the driver allowed the vehicle to veer to the east and collide with a dirt and rock raised berm,” the officer said. “The vehicle became airborne and subsequently collided with the downhill embankment.”
The SUV came to a rest upside down on an adjacent access road, Brazier said.
The crash remains under investigation by the CHP’s Baldwin Park-area office. Anyone with information can reach the office during normal business hours at 626-338-1164.

WHITTIER >> A massive convoy of law enforcement officers from throughout Southern California escorted the flag-draped casket of U.S. Marine Ruben Velasco of West Covina to his final resting place on Friday night.
Velasco, a 19-year-old private first class and lifelong San Gabriel Valley resident, perished along with two fellow Marines on Aug. 5 in an MV-22 Osprey tilrotor aircraft crash off the coast of Australia.
His devastated family met the airplane carrying Velasco’s body at LAX before a sea of law enforcement officers from throughout the region, joined by Patriot Riders and elected officials, accompanied the family in a silent tribute to Rose Hills Memorial Park and Mortuary in Whittier.
PHOTO GALLERY
West Covina police, Covina police, South Pasadena Police, Santa Ana police, Los Angeles police, Los Angeles County sheriff’s deputies, California Highway Patrol officers and federal agents were among those taking part in the escort.
Grateful Americans and fellow military veterans lined the route outside the cemetery with flags and saluted the young warrior’s casket as it passed.
A memorial service will be held at 5 p.m. Wednesday in the SkyRose Chapel at Rose Hills, 3888 Workman Mill Road., followed by a funeral Thursday at 11 a.m. 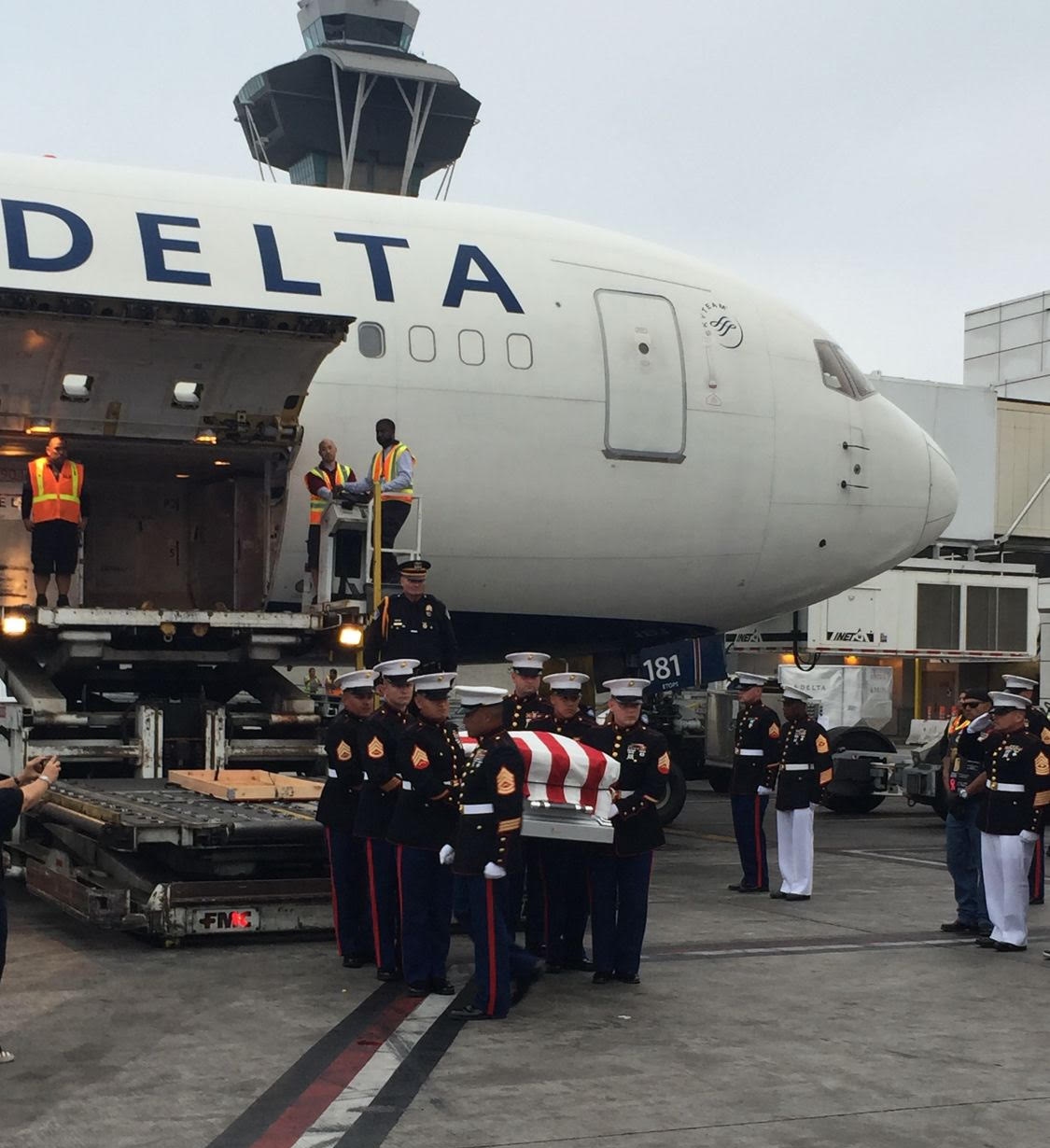 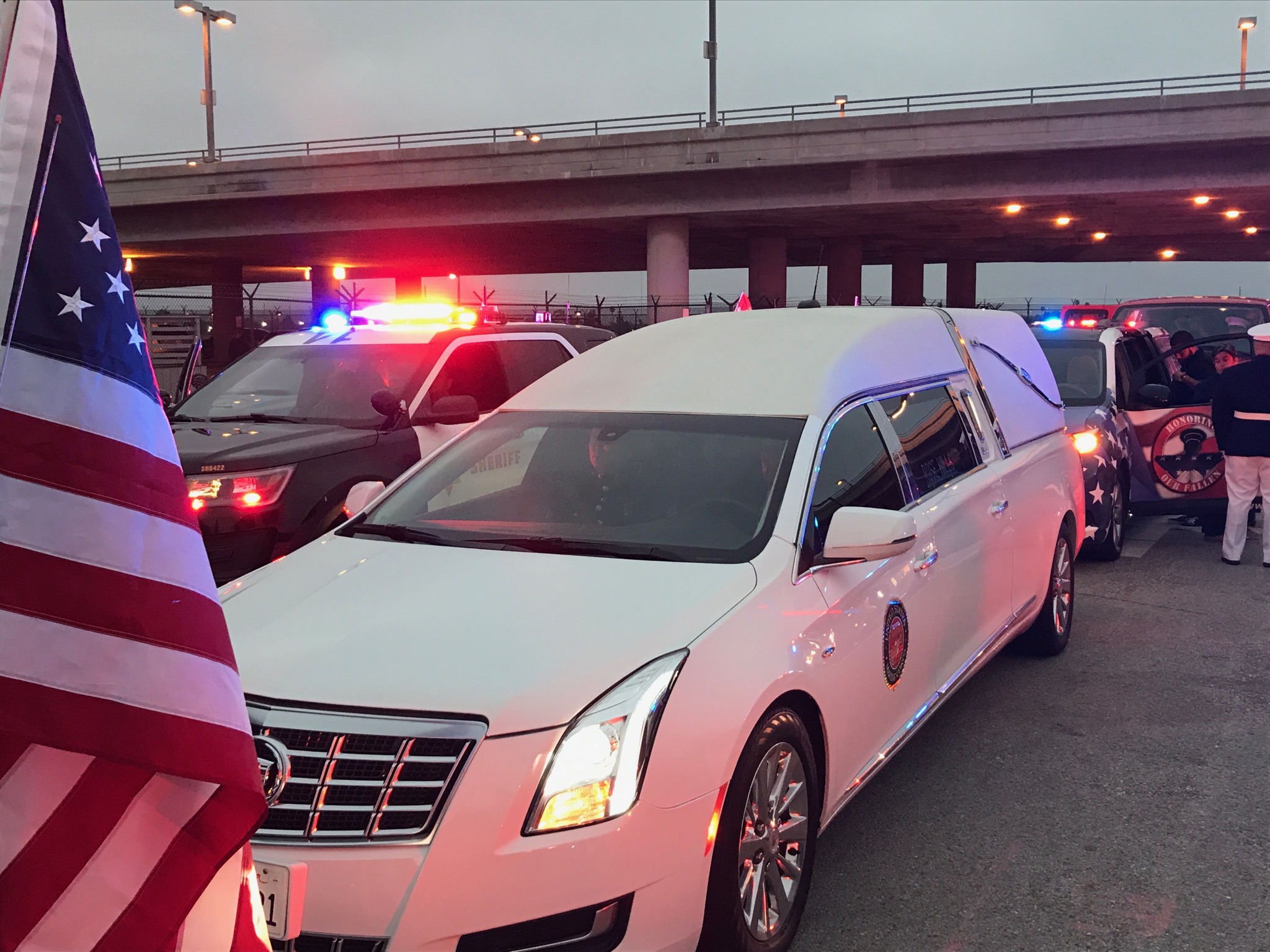 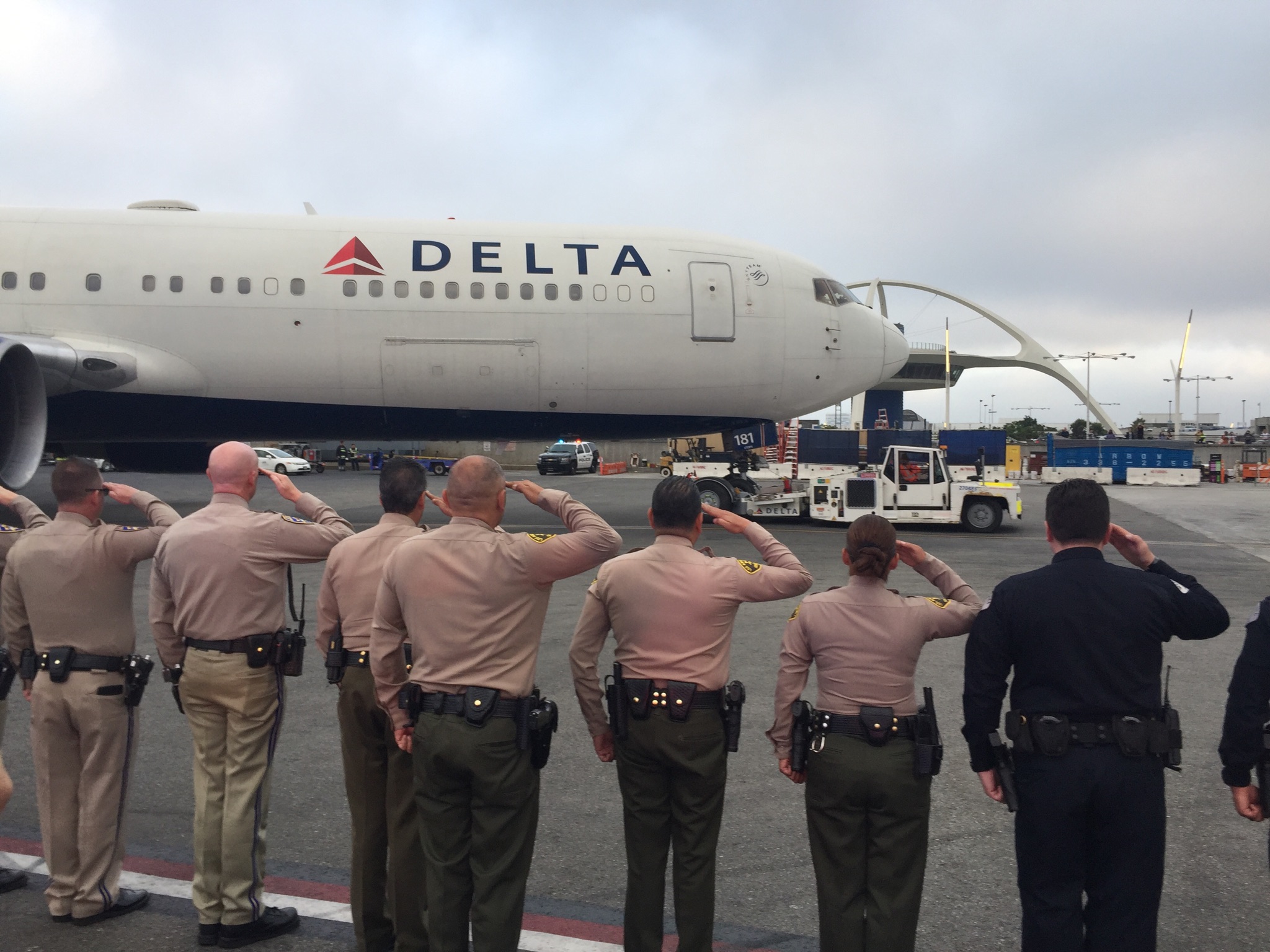