Here are the first team All-CIF selections in boys water polo for divisions in which we have local teams. 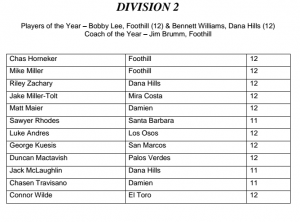 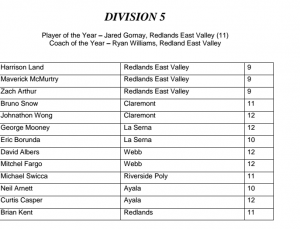 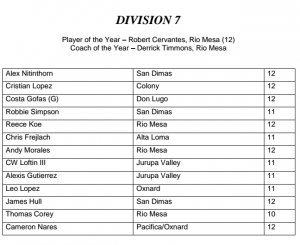 Steven Cagle of Claremont talks about winning a CIF title

It was a banner year in boys water polo with Claremont winning a Division 5 title and Los Osos and Don Lugo finishing as runner-up.

San Dimas and Redands also got to the semifinals.

Those teams and players were rewarded. Here’s the locals that earned All-CIF recognition.