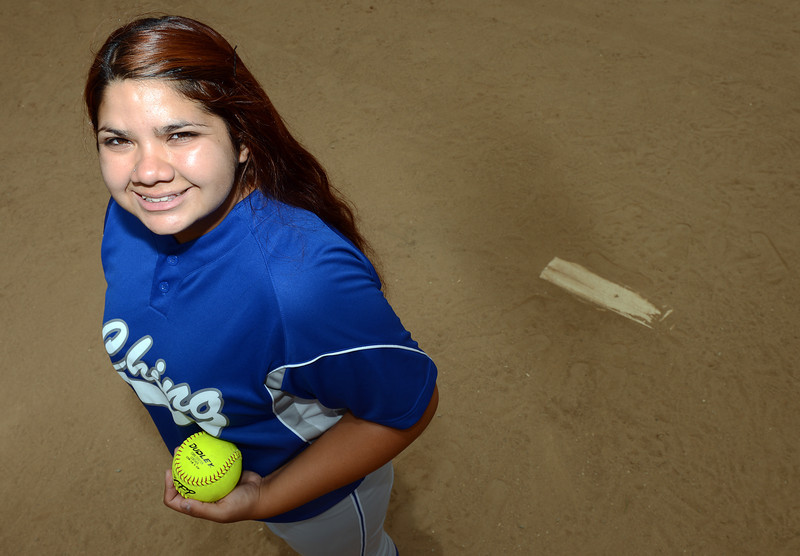 END_OF_DOCUMENT_TOKEN_TO_BE_REPLACED

Miranda Viramontes was destined for awards beyond the CIF-SS championship plaque she hoisted on June 1. The only playoff game that wasn’t a no-hitter or a one-hitter for the Chino pitcher was a 2-1 semifinal win. The junior’s shutout in the title game awarded Chino its second consecutive CIF championship to which Viramontes added a CIF-SS Division 2 Player of the Year award today. Chino coach Mike Smith was awarded Coach of the year in Division 2 after a 29-2 season that was unquestionably the best in school history.

To view all-CIF teams for baseball and softball, click the link below.

END_OF_DOCUMENT_TOKEN_TO_BE_REPLACED 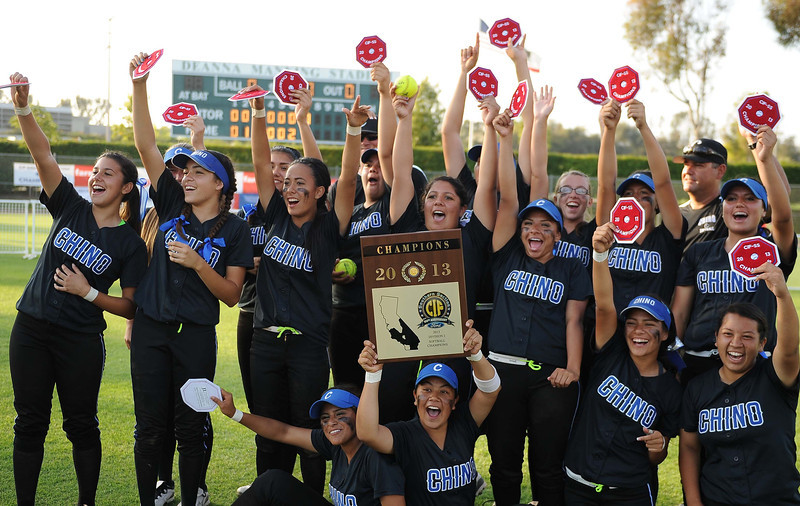 Chino’s dominance can’t be confined to Southern California. The juggernaut softball team that claimed its second consecutive CIF-SS Division 2 championship on Saturday, was named the Division 2 state softball team of the year by Cal-Hi Sports. Here is the photo gallery from the historic 4-0 win over Lakewood.

Chino finished fourth in the state rankings last season, but a season that included just two one-run losses vaulted the Cowgirls to the top. And they’re not done yet. Utah-bound pitcher Miranda Viramontes will return for her senior season along with four freshman who played prominent roles this season.

Mission Viejo, one of the two teams to which Chino lost during the regular season – Viramontes, however, didn’t pitch in the Cowgirls’ 7-6 loss March 9 – was the overall state No. 1 entering the playoffs. The No. 1 seed in Division 2 fell to Ayala. Coincidentally, Ayala was the last local team to end the season as Cal-Hi Sports’ overall No. 1 team in the state when a Jessica Hall-led squad won a CIF title.

END_OF_DOCUMENT_TOKEN_TO_BE_REPLACED 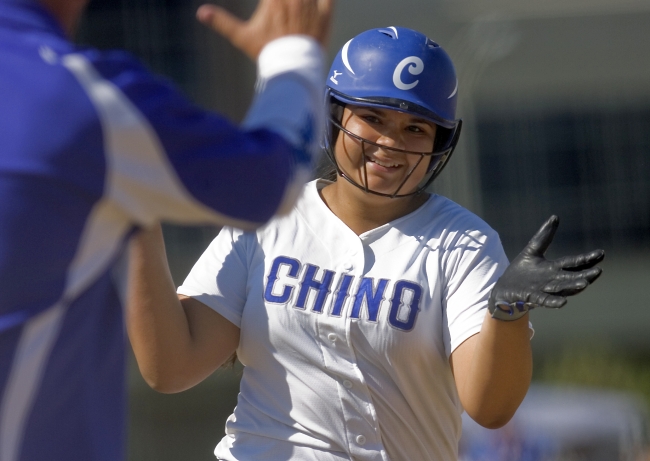 END_OF_DOCUMENT_TOKEN_TO_BE_REPLACED

Patricia Parks, the star pitcher for the defending CIF champion Chino Hills softball team, has returned to the team after leaving indefinitely two weeks ago.

Following the first two tournaments of the season, Parks, a junior committed to the University of Arizona, left the team of her own accord.

“Patricia decided she did not want to play anymore,” Chino Hills coach Mike Southworth said in an email. “She was not removed from our team. Nobody likes to lose a player of Patricia’s ability, but athletes have to want to be there and be there on the coach’s terms.”

END_OF_DOCUMENT_TOKEN_TO_BE_REPLACED

“Patricia decided she did not want to play anymore,” Southworth said in an email. “She was not removed from our team. Nobody likes to lose a player of Patricia’s ability, but athletes have to want to be there and be there on the coach’s terms.”