Howell earned the No. 1 overall seed going into the finals of the 200-yard individual medley following a time of 2 minutes and 1.97 seconds during the prelims.

He will also compete in the Boys 100-yard freestyle finals as the No. 4 seed after posting a time of 49.03 second at the prelims.

For the girls,  Alta Loma’s girls 200-yard freestyle relay team will enter as the No. 3 seed. The team is made up of Vanessa Murray, Mia Bailey, Morgan Thomas and Lindsey Whisler.

Prior to the season, the Braves had set several goals in mind which included going undefeated in league and winning the Mt. Baldy League title.

While the Braves fell one game short of going undefeated following the loss to Colony, 5-4, on the road, the league title was still in reach.

“As soon as the buzzer rang it felt so good to know we made history. It felt like we were on top of the world and no one could take that from us,” senior Lexy Poveda said. “It was satisfying to know that all our hard work paid off.”

For many of the seniors members, they are able to recall the the growth they have seen from within the program over the last few seasons.

“We were all so happy and excited with how far we have come. From Last season, we have all grown together and become the players that we are,” said senior Raeann Lopez. “I love all the girls to death and a big thank you to coach Kevin (Nesbit) for pushing us to our limits even when we didn’t like it.”

While the only goal for the Braves to accomplish this season is a CIF Title according Nesbit and he believes the only one standing in their way is themselves.

“Our biggest challenge is ourselves and realizing goals can be met with team work,” he said. “This group is the foundation for where we want to go.”

The Braves will wait for the CIF pairings to be announced to determine their first game in the playoffs.

The Braves end the regular season, in which they didn’t have a pool of their own, with an 19-8 overall record and a 9-1 league record.

END_OF_DOCUMENT_TOKEN_TO_BE_REPLACED 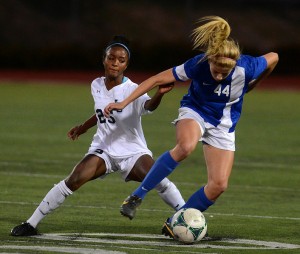 The Braves (13-4) were ranked No. 1 in Division 5 and looked like they were going to cruise to a CIF title and be a threat in the state portion of the playoffs as well.

But all of that is in jeopardy now as Pruitt sustained a knee injury against Montclair last week that will sideline her six to eight weeks, according to coach Ben Davies.

She sustained the injury against Montclair and missed the next game against Colony which the Braves lost 4-3.

“That’s obviously a big piece of the puzzle and it changes everything.” Davies said. “Now we have to refocus.”

Freshman Ashlyn Favoro will get the bulk of the playing time in Pruitt’s absence.

Making the timing even worse, Pruitt was one goal short of the school’s single scoring record of 37 goals. She had 36, with two already in that game against Montclair.

That injury is a real shame. Pruitt, who has committed to San Diego State, was a great player to watch and I am told by many people, an even better kid.

Now it’s up to Davies to rally his troop. 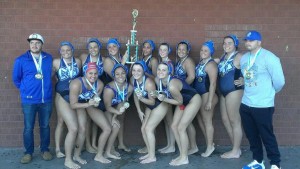