Moreno, 23, had served as assistant coach at St. Lucy’s Baseline League rival Los Osos the last two years. He spent the season before that as an assistant for the boys team at Southlands Christian, helping that team to a quarterfinal playoff berth.

He also coaches in the La Verne Lazers club program.

The 2011 graduate of San Dimas High School is excited about the opportunity.

“It’s in the same league so obviously I know a little about he team and the school,” he said. “I applied and came here and interviewed and it all felt right.”

Moreno singles out Los Osos head coach Diego Back as his mentor and admits it will be interesting squaring off against him.

“I figured at some point I would go for a head coach job somewhere and he and I had talked about that,” Moreno said. “At the time I never thought it would be in the same league.”

St. Lucy’s is coming off a 14-8-3 season that included a 5-4-1 mark in Baseline League play. The Regents were fourth in the tough league and graduated their top two players, 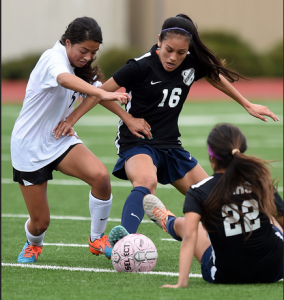