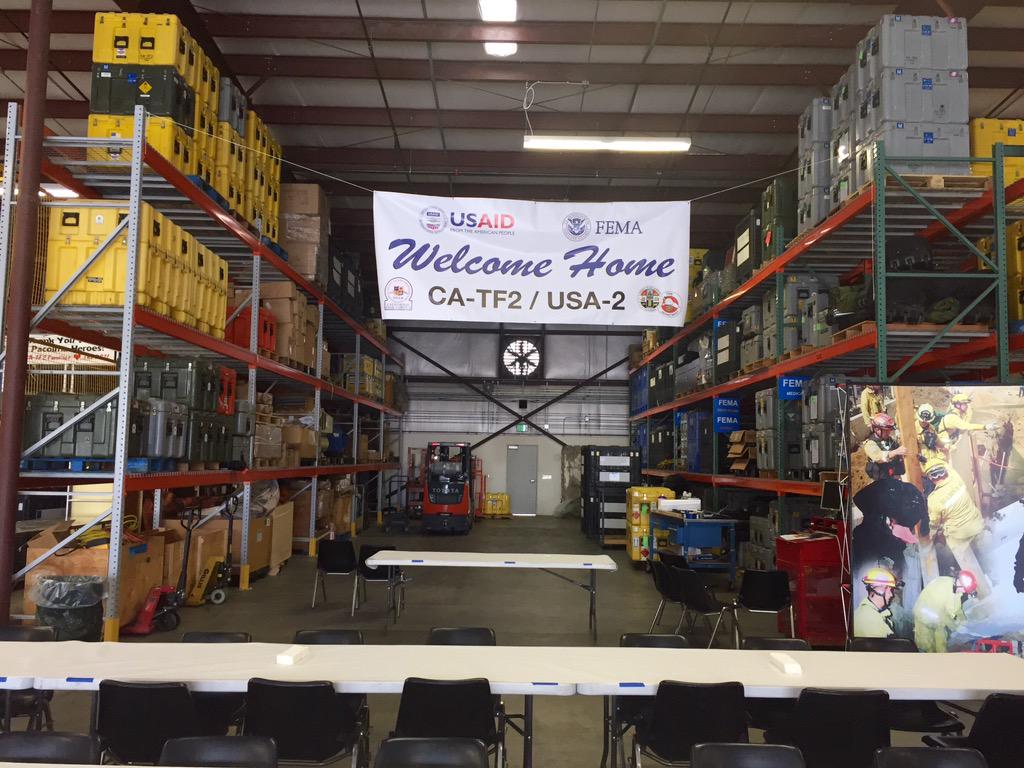 Los Angeles County firefighters who went to Nepal to aid in the aftermath of the devastating 7.8-magnitude earthquake there began returning home Friday, officials said.
A team of 57 specially trained L.A. County firefighters that make up the USA-2 Medium Urban Search and Rescue Team rushed to help effect rescues and help restore order following the massive earthquake that killed more than 8,000 people, Los Angeles County Fire Department officials said. The team is one of only two in the nation qualified for such overseas missions.
The team helped rescue a teenage boy who was found buried alive in rubble four days after the earthquake, officials said. 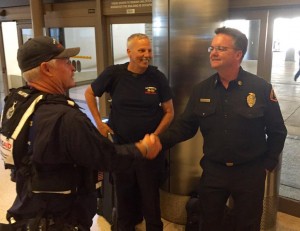 The firefighters began arriving home via LAX Friday afternoon before heading to their home base in Pacoima, fire Capt. Keith Mora said in a written statement. The rest were expected to arrive by the end of the day Saturday.

Leave it to sheriff’s Spokesman Steve Whitmore to put it all in perspective.

“Here is what’s important: The people got saved.”

Perhaps the most telling detail about the whole operation is on Tim Rutt’s altadenablog, which has a picture of the patients being loaded into a paramedic van — not a helicopter.