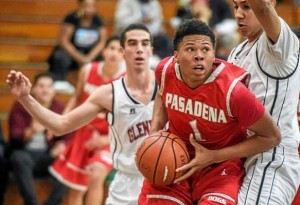 Girls Soccer
San Marino 4, La Canada 0 — Kelly Crowley had two assists and a goal to lead the Titans to a shutout victory over La Canada. Brooke McCloskey scored twice for San Marino and Zoe Chang scored the other goal and Mandy Hsu had an assist. Marlena Martinez had five saves for the shutout. La Canada’s Kaitlin Corral had 10 saves.
Girls Basketball
Flintridge Prep 55, Pasadena Poly 21 — The Rebels blew out the Panthers (7-9, 5-2) for their eighth consecutive Prep League victory. Tala Ismail scored 15 points for Flintridge Prep (17-1, 8-0), while Lacy Coan and Renae Tamura each added 13 and 12 points respectively. Kiki Yan and Sarah Johnson led Pasadena Poly in scoring with seven points each. 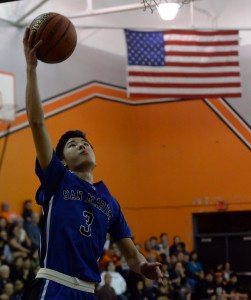 SOUTH PASADENA >> The Rio Hondo League is certainly a shooter’s league. Three-pointers or seemingly nothing.

The San Marino High boys basketball team found the mark and South Pasadena did not on Wednesday night and the Titans made sure the first round of league play finished in a bottleneck after the Titans scored a convincing 53-37 road victory.