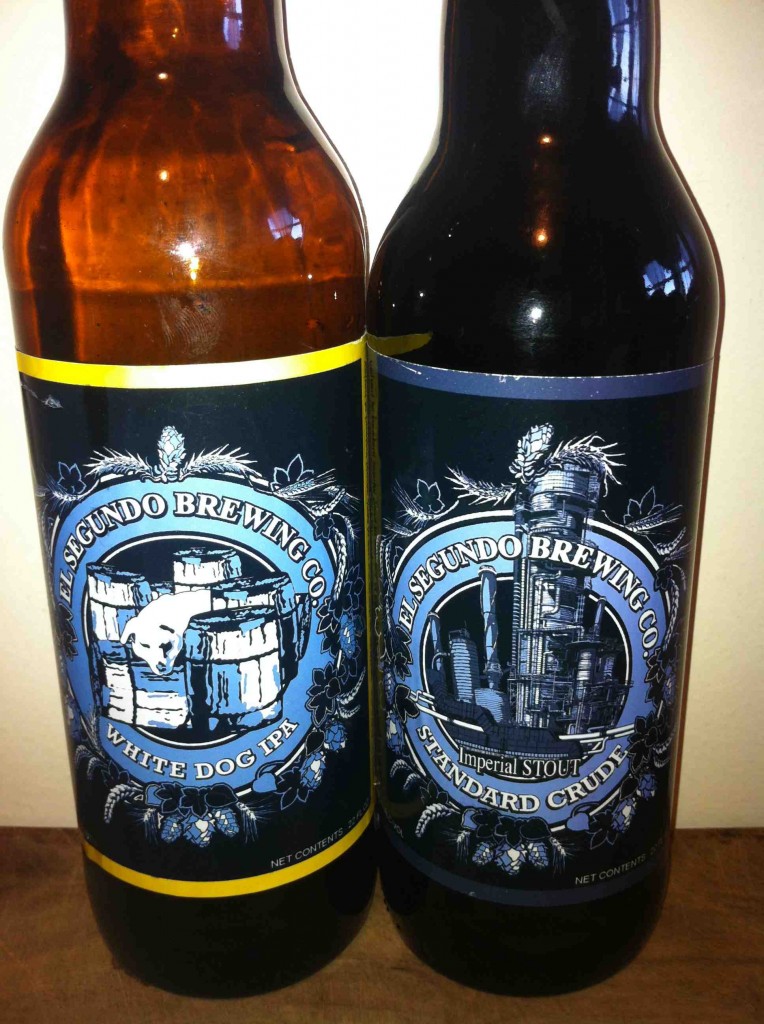 “White Dog was our best seller last year,” said Tom Kelley, who along with founder, proprietor and brewer Rob Croxall is one of the two driving forces behind the rapidly growing brewery.

“IPA is just so strong in the market,” Kelley added. “We want to be (a brewery) focused on hops, so it makes sense for our first bottles to be an IPA.”

As for the stout — a seasonal beer that follows in the wake of its 7.5 percent ABV Hyperion Stout, (you’ve got to admire a brewer brave enough to name a beer after a nearby sewage treatment plant) — the 10.2 percent ABV monster was ready to drink for the holidays, but the labels weren’t quite finished.

Bottling is always a big capital investment for a small brewery like El Segundo, which doubled its initial 60 barrel fermentation capacity last June and plans to double it again come March, but in this case a mobile bottler came to the brewery and three hours and 150 cases later Croxall and Kelley were ready to go.

The plan is to eventually bottle their entire lineup of beers for sale at the brewery and offsite.

You’re missing out on a whole segment of the market if you’re not bottling,” Kelley said. “It’s a new revenue stream.”

The White Dog IPA is a representative Southern California microbrew of the genre with the by now familiar citrus notes up front and center. However, they use 50 percent wheat in the malt bill — most IPA’s use no wheat, observed Kelley, a certified cicerone (the equivalent of a wine sommelier) — which is more akin to a white beer or hefeweizen, but without the yeast-driven flavor (must be those Nelson Sauvin hops from New Zealand).

The Standard Crude has deep undertones of blackberry and tobacco, but unlike many beers should age well if left for a few years, Kelley said.

The release party begins at 5 p.m. with a special cask of Rum-soaked and Oaked Hyperion Double Stout to be tapped, too. Savory meat and veggie pies from El Segundo Catering Co. are also available.

The Select Beer Store in Redondo Beach hosts a release party from noon to 3 p.m. Sunday ahead of the Super Bowl with others to follow Feb. 7 at the huge Whole Foods Plaza El Segundo (which has a new 30 tap system in its tasting room), Sunset Beer Co. Feb. 8 and Wally’s Wine and Spirits Feb. 23.

For more on the brewery, check out this story that appeared around this time last year in the Daily Breeze. 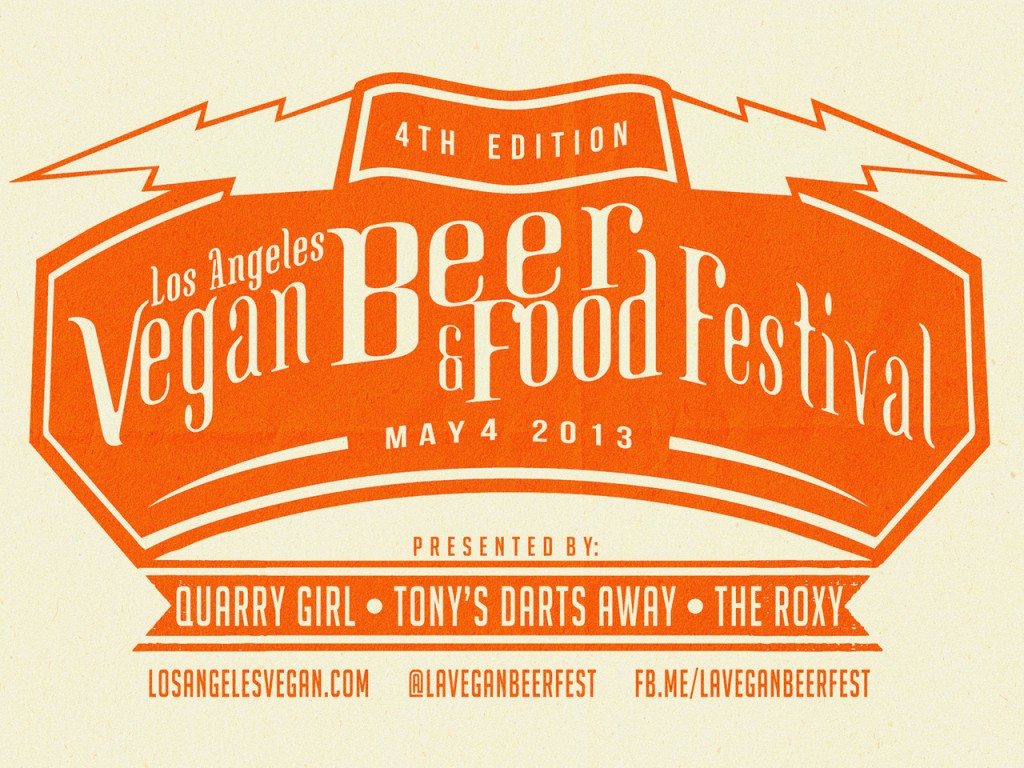 Tickets are now on sale for the fourth installment of the LA Vegan Beer and Food Fest and, according to QuarryGirl, you better act quick because the event will sell out.

The May 4th event will be held at the Roxy, which is organizing the event alongside Tony’s Darts Away and food blogger QuarryGirl.

Tickets include unlimited craft beer. There will also be vegan eateries and food trucks vendors on site.

General admission is from 1-5 p.m. while VIP gains you earlier entrance access starting at noon.

Beer and books may not be a pairing that immediately comes to mind.

But it will tonight as Christina Perozzi and Hallie Beaune, better known as the Beer Chicks, will be at Glendale’s Central Library to discuss their latest book.

The duo will be also be signing copies of their second book, “The Naked Pint: An Unadulterated Guide to Craft Beer,” which has been a top seller on Amazon.com. The book offers tips on homebrewing and includes seasonal recipes.

If you haven’t heard about the Beer Chicks before they developed quite a following for their knowledge in craft beer and are considered the best female beer specialists in the country. 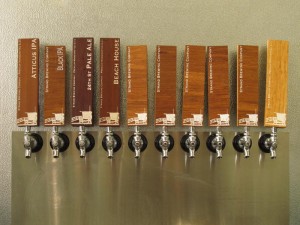 Smog City Brewing is installing its brewing equipment at its new Torrance location beginning Friday, but the day after already plans a tap takeover at the Beer Belly Tavern in Koreatown (they brew elsewhere for now).

The tavern will serve a dozen beers from the brewery including a new (well, OK, it has aged in bourbon barrels for the last two years) English barleywine.

“It’s gonna be packed but rightly so; (brew master) Porter dug into his deepest cellar reserves for this one and it’s going to be so much fun,” said Smog City co-owner Laurie Porter. “Although it will be a mad crush and not the best time to hang and chat, it will be a rare opportunity to taste our entire portfolio of beer.”

Incidentally, Smog City will open in the next month or two in a 5,500-square-foot industrial space around the corner from Monkish Brewing Company, which opened its Torrance tasting room last March at Western Avenue and Del Amo Boulevard.

Smog City will become the third brewery to open in Torrance in recent years following in the wake of the Strand Brewing Co. 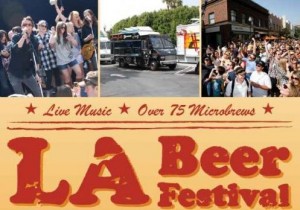