Another of the area’s top football coaching jobs is open. Marc Paramo announced Tuesday that he has resigned as Rosemead High School football coach after seasons.

Paramo took over for former coach Matt Koffler in 2012 and won a Mission Valley League championship in 2014. The Panthers made the playoffs in three of Paramo’s five seasons and were 26-28 during that time. Prior to that, Paramo was a top assistant under Koffler.

“I’m 40 years old and I don’t want to do it by myself anymore,” Paramo said. “I’ve been coaching for 21 years, 17 of it at Rosemead and the last five as head coach. I just want some professional life, too. I started my administrative credential in 2008 and we went on our playoff run that year, so I stopped.

“I’m already seven weeks into my course at APU, so I went back.”

Paramo said he’s considering coaching elsewhere as an assistant this season, but also may take a year off to get recharged.

“Honestly, I wouldn’t mind coaching under someone else and learning,” Paramo said. “I wouldn’t mind being a position coach somewhere and just getting to learn how someone else does it and how they work with parents and staff members. I just don’t want to deal with the head coaching headache.” 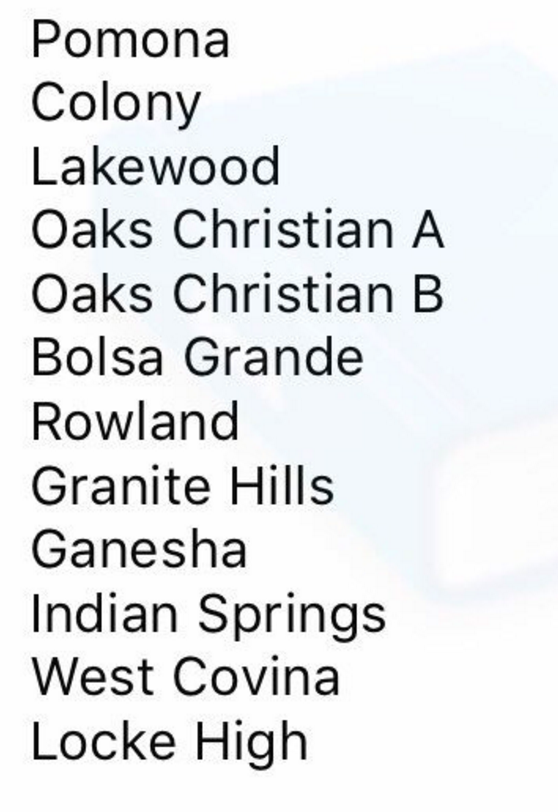 The announcement ended a long process in which the school twice flew the position before ultimately settling on Aguilar, who spent the last four years as the team’s secondary and special teams coach under previous head coach Mike Moschetti.

“I am very excited about this opportunity to lead the Matadores,” Aguilar said in a statement put out by the school. “Most of the staff is returning so the transition should be relatively easy. We will continue to run our version of the West Coast offense and our attacking defense. While we had several key players graduate our returners were either starters or had extensive playing time.

“We will continue to schedule high level teams for our non-league schedule which for the 2017 season includes Orange Lutheran, Upland, Mater Dei and Capistrano Valley.”

Moschetti stunned local fans when he resigned shortly after the season. The former head coach won two CIF championships and had built the program into a Southland power that never often took on big-name opponents in the nonleague.

In addition to marquee games, championship and what’s become total domination of the Suburban League, La Mirada has become a hotbed of college football prospects, often sending out large recruiting classes to the next level.

Aguilar has head coach experience, having been in charge at Pius X and Glenn earlier in his career. He attended Salesian High and will be a walk-on coach.