Braves average margin of defeat this year was 23.5 points per game.

A proposal to remove the term “athletically motivated” entirely from the CIF rule book and constitution was denied by the CIF State Federated Council on Monday.

Although transfer rules changed significantly beginning with this school year, the term “athletically motivated” still remains in the rules wording. The Trinity League brought forth a proposal to remove it entirely and it passed earlier this month at the Southern Section level only to fail today at the State level.

Also nixed on Monday was a proposal to change/alter the current playoff/bowl system so that the season would not be as many as 16 games for some teams and start in August for all teams.

Aram’s take: To me, the “athletically motivated” proposal was not much more than semantics. Under the old rules, i.e. last year and before, the term meant a whole lot more and the sections were determining what was and wasn’t athletic motivation for transfers based on the protests (so to speak) of the school the athlete in question left. That whole disaster is still over with and not coming back. Getting the wording removed entirely would be nice, but in my opinion it’s not a game changer either way. About the current playoff/bowl system and schedule, well, it sucks. It’s a total money grab by CIF and I truly believe most coaches, players and fans are perfectly fine with ending the season with a division championship in Week 14. But in an era of declining fan attendance (and revenue), you’re never gonna get CIF to get away from their money grab known as the “bowl” games. 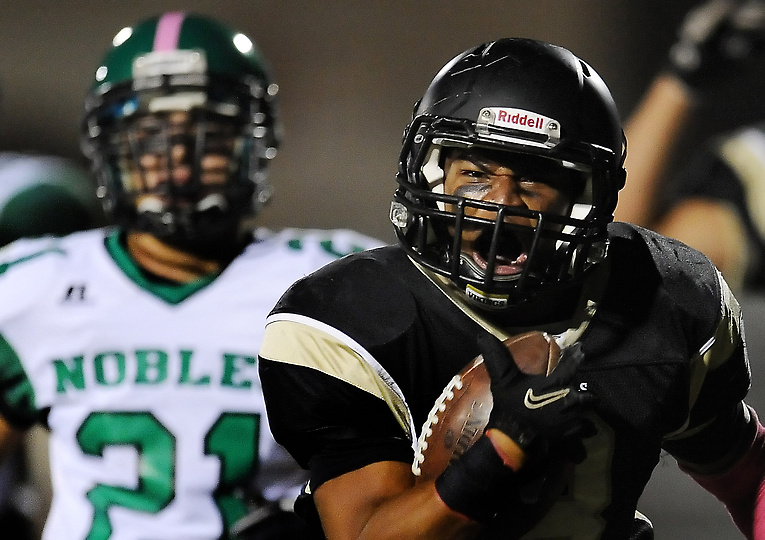 Javon Taylor and Northview are shooting for Valle Vista title this week vs. San Dimas