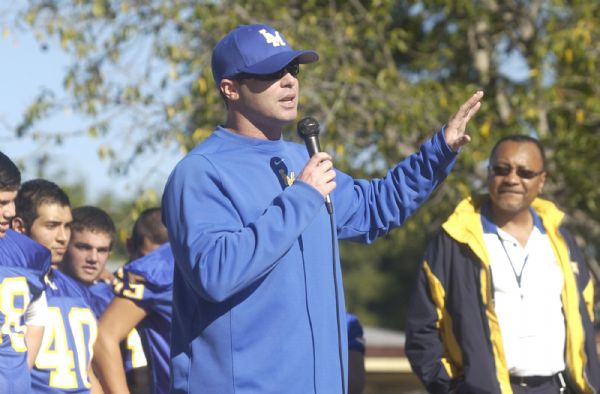 Moschetti wasn’t mincing words on Tuesday when describing Southeast Division No. 1-ranked team Norwalk (8-0), who the Matadores will play on Friday.

“This is the best football team the Suburban League’s ever seen,” Moschetti said. “I’m serious. We’re going to go out there and try to keep the game within 30 points.”

Moschetti has quite a perspective on the history of the Suburban League. He was a standout quarterback at La Mirada and led the Matadores to a CIF championship his senior year in 1992.

As a coach, he led the program to another CIF title in 2009. But La Mirada has been one of the area’s biggest disappointments this season following an aggressive campaign of program promotion that put a big target on the Matadores once play started.

La Mirada has several top-notch recruits on the roster, led by Oklahoma-bound receiver Dalis Todd and super recruit Tyler Luatua, who is considered one of the best tight end prospects in the country.

The bevy of blue chippers haven’t translated to a significant amount of wins, however. La Mirada enters Friday’s game at 3-5 overall and 3-1 in the Suburban League. Norwalk is the top-ranked team in the division beating league foes by an average of 54.3 points per game.

Back in August, most area observers would have thought La Mirada would be the top-ranked team in the Southeast by this point of the season. Instead, the Matadores are fighting for their playoff lives and Moschetti isn’t too keen on discussing what’s gone wrong.

“I don’t even want to talk about the past,” Moschetti said. “There’s going to be good things that happen in a season and bad things. What’s happened in the past is over, good or bad. Our goals are all still ahead of us.

“I really don’t care what people think of me and our coaching staff and our kids. We’ve had a lot of adversity and they keep showing up and giving me their heart and soul.”

Part of that adversity came two weeks ago when highly touted quarterback Kevin Dillman, a junior with several early college offers, tore his achilles’ tendon and is gone for the season. Sophomore Noah Santillian will make his second start on Friday.

“Our rally cry over here is ‘next man up’,” Moschetti said. “We can still have a great season. I’m not disappointed, I’m proud of these kids.” 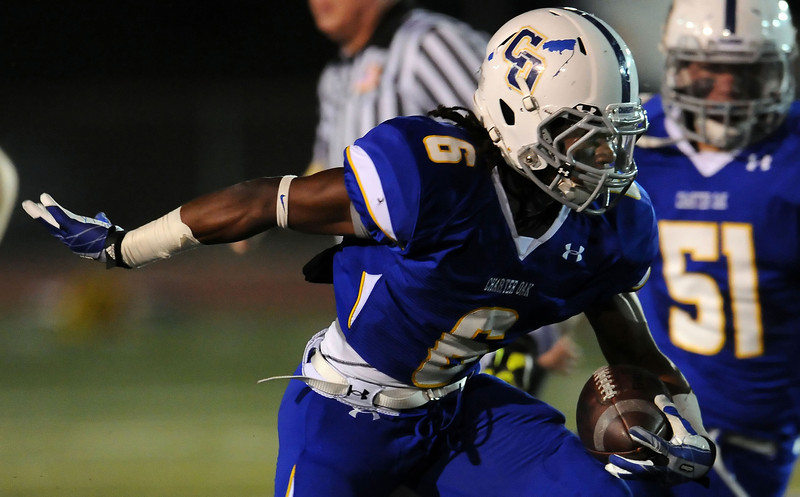 Some teams have clearly gotten the memo: It’s Winning Time!!!

Two more local high school football teams have been rocked by suspensions stemming from a brawl they participated in last Friday night.

On Wednesday, the Diamond Bar and Diamond Ranch football teams were handed down heavy suspensions by the CIF-Southern Section. On Thursday, Pomona and Wilson got theirs.

Pomona had one player ejected from the game on-site by the officiating crew for fighting and/or assaultive behavior. After reviewing the film, another player was also considered ejected. Then, 13 players were considered ejected after CIF concluded via video of the game that they left the team’s bench area to participate.

Wilson saw 20 players given one-game suspensions by the Southern Section, 17 of which were determined to have left the bench area to participate in the melee.

There is now concern that the Wildcats won’t be able to field a team to compete in Saturday’s game against Northview. If Wilson can’t, they will be forced to forfeit. Wilson is currently 1-7.

According to NFHS rules, any player who leaves the confines of his/her team’s bench area to participate in a brawl is subject to an automatic one-game suspension to be served during the team’s following game.

Earlier this week, Pomona took unilateral action by suspending 12 players. But once CIF got involved in the incident and conducted its own investigation using reports from both schools, video footage of the game and interviews from game officials, the number of Red Devils penalized went way up.

“We studied the tape and reviewed it probably 20 or 30 times,” Pomona principal Roger Fasting said on Tuesday. “Any student-athlete who entered the playing field and was not part of the play is being suspended for a game.

“We wanted to send the message loud and clear, and we all agreed it was the right thing to do. Definitely, it’s an unfortunate situation, but the bigger picture is that the football season will last for another one or two months and this is a learning moment for everybody.”

The punishments have been handed out and it’s not pretty for the Diamond Bar and Diamond Ranch high school football teams.

Diamond Bar has forfeited its next game on Nov. 1 against Rowland following substantial player suspensions.

According to a release put out by the Southern Section, Diamond Bar had all but one player who was on the sideline at the time of the altercation leave the confines of the bench or team area. Those players are considered ejected.

The rest of the numbers are not pretty for the Brahmas:

Following review of game footage, an additional FIVE players ejected due to fighting and/or assaultive behavior

THREE players ejected from the contest on-site by the officiating crew.

Diamond Ranch, which is 6-1 and in first place in the Hacienda League, plays Rowland on Friday. Diamond Bar is 5-3 and has a bye this week. Forfeiting its Nov. 1 game against Rowland could cost the Brahmas a chance at the Southeast Division playoffs. Diamond Bar is currently in a five-way battle for second and third place in the Hacienda League. Both spots come with automatic playoff berths.

The brawl occurred with just over three minutes to play in the fourth quarter of last week’s game. Officials decided to halt the game and make it official with Diamond Ranch leading 34-20.

Under NFHS rules, any player who leaves his team’s bench area to join in a fight faces a mandatory one-game suspension for the following game.