Friday’s games
Los Osos 41, Bishop Amat 38 … Lancers blew a 28-14 halftime lead.
Temescal Canyon 38, Diamond Bar 15 … Not a shocker.
Bonita 43, Covina 14 … Miramonte that much better than Valle Vista
San Gabriel 44, Walnut 14 … Another bad start for Mustangs
Edison 27, Diamond Ranch 13 … Ranch competed, and that’s all that matters.
Azusa 24, Ganesha 8 … What do you expect, it’s Ganesha
Ayala 35, Duarte 7 … Shocker of the night, BY FAR!
Damien 25, Riverside Poly 7 … You knew this would happen.
Mountain View vs. Workman, cancelled, no lights … What’s up with that?
Glenn 27, Sierra Vista 21 … Another Montview team goes down.
Servite 33, St. Paul 0 … Ouch, all those transfers didn’t help.
Monrovia 28, Montebello 6 … Ready to feast on Duarte next
Pioneer 42, Gabrielino 6 … Another long year for Eagles

This is Amat from a different perspective. Raul Roa, our in-your-face video guy (he nearly got kicked off the sidelines for getting to close to the action), brings you his own take from Amat’s game.

LA VERNE – Peeking over his linemen at the defensive formations, Damien High school quarterback Danny Pertusati licked his fingers, took the snap, dropped back and delivered a perfect strike on cue.
Then he did it again and again.
To continue reading, click thread

END_OF_DOCUMENT_TOKEN_TO_BE_REPLACED

Where SGV teams are ranked

These are the games we have to choose from … How do you pick a game of the week from this lineup?
St. Paul at Bishop Amat
Diamond Ranch at Bonita
Charter Oak at Wilson
Northview vs. Covina at District Field
Glendora vs. Damien at Citrus
South Hills at Los Altos
West Covina at Rowland 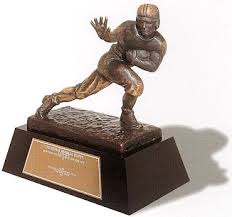