Girls tennis
Garey 12, Chaffey 6 — Tien Nguyen and Amerly Keo swept in singles to lead the Vikings (1-1) to their first win of the season. 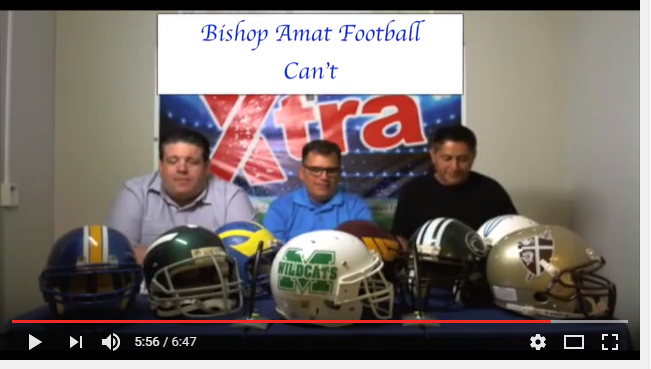 Girls tennis
Gladstone 11, Charter Oak 7 — Marina Chow and Josephine Marquez swept in singles and the doubles teams of Anahi Sandoval and Erika Rios and Julia Escobar and Melina Ramos won two for the Gladiators in their first win of the season.

Field hockey
Glendora 1, Newport Harbor 1 — Paige LeHine scored a goal with an assist from Ellie Morrison and goalie Meagan Olson had 22 saves for the Tartans in a nonleague tie.

Two-Minute Drill: Damien and Glendora were very impressive in Week 0, setting up Friday’s game of the week between the Tribune’s fourth-ranked Damien and fifth-ranked Glendora. They play Friday at Citrus College at 7 p.m.

Two-Minute Drill: West Covina is playing a typically tough non-league schedule. They hung with Colony for a half before getting routed in the fourth quarter last week. Will it do any better with St. Francis coming to town. We discuss. Bulldogs host the Golden Knights Friday at 7

Two-Minute Drill: La Mirada had the big win over Division 1 Orange Lutheran last week, which follows their CIF section and state titles from last year. Now it gets St. John Bosco, ranked top ten in the country by MaxPreps and we’ve got one question … Can they stay within 40?

By Aram Tolegian
Northview QB Steven Comstock says he’s OK
Northview standout quarterback Steven Comstock gave his team quite a scare in the first half of last week’s loss to Charter Oak after suffering a knee injury and leaving the game in the first half.Comstock said he hyper-extended his right knee while scrambling and trying to avoid a Charter Oak defender inside the Chargers’ 10-yard line. He left the game but later returned with a noticeable limp.
After tweeting that night that he was in serious pain, Comstock said Monday that the knee is back to 100 percent and he won’t be limited in Thursday’s game against Rosemead.

Arroyo coach Jim Singister keeps tie with Covina in perspective.
There would be no other coach in the Valley more frustrated than Arroyo’s Jim Singiser, whose team committed seven turnovers, including two inside the Covina 2-yard line in the closing minutes, in a 17-17 tie to the Colts on Saturday night.
But Singiser is preferring to view the positives as his team prepares for Friday’s game against Temple City. However, Singiser said the end of Monday’s practice would look like cross country practice due to all the mistakes.
“Defense was awesome, special teams was solid for the most part, offense just has to hold onto the ball,” Singiser said. “We can’t run nine plays in the second quarter because of four straight turnovers. We will be fine.”

Will South Hills face La Canada’s bigtime RB Friday?
La Canada High School football coach Ryan Zerbel is hopeful that an independent investigator looking into the transfer of running back Drake Beasley will have situation concluded this week and the CIF Southern Section will clear his star ball carrier in time for this Friday’s game against South Hills.
La Canada hired the investigator in response to allegations from Loyola, Beasley’s previous school, that his transfer was invalid due to undue influence. Loyola presented its case to CIF-SS and now La Canada is set to respond.
“The third-party investigator is wrapping up his investigation and then it’s going to be hand delivered to CIF,” Zerbel said. “I’m really confident. Like I said from the beginning, there’s a process that’s in place and we’ll let that process take place.”

Aram Tolegian and Fred Robledo will discuss the big stories from Friday’s games in 15 minutes of fun on Monday’s Prep Xtra Rewind. This week we discuss what La Mirada’s big win over Orange Lutheran and Bishop Amat’s big loss to Mater Dei mean to the programs.

One of the best highlight compilations is from SoCal Prep Legends host Tarak Fattal, who recaps the best of the best from the Southland on Flashback Monday. Watch Charter Oak-Northview highlights at the 4:00 minute mark and look for plays that make the SCPL Top 10 and are eligible for plays of the week.

Charter Oak football moves to No. 1 in Division 4 after season-opening victory over Northview pic.twitter.com/hhLx7PHMKz

Los Altos checks in at No. 7 in Division 6 after season opening win over San Marinio, who drops to 8 pic.twitter.com/qOrByhBs9K 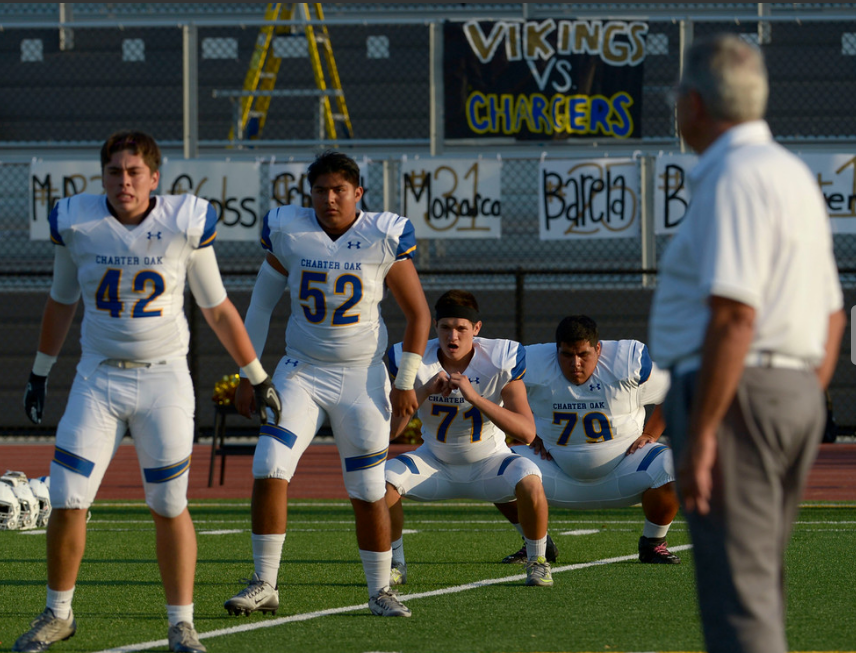 TRIBSKIN FOOTBALL PICK’EM
The Game: Aram Tolegian and I will go head to head throughout the football season picking winners. If we don’t pick 80 percent winners, we’re not doing our job. Follow along.
Last week: Aram Tolegian 31-8; Fred Robledo 24-15

My thoughts: Wouldn’t say Aram crushed it as much as I tanked it. Can’t remember the lat time I lost 15 games in one week. I’m starting way behind, and there were too many losses to call out, so on to Week 1. Best game locally, Glendora vs. Damien at Citrus College. We’ll have a two-minute drill on this Tuesday, but gotta believe Damien sneaks this one out. Glendora played well last week, but Damien’s win over Chino more impressive. Charter Oak gets a real tough opponent in Colony, who smacked West Covina last week. Might be going out on a limb taking Charter Oak, but I think they’re ready to prove they can battle and get a win against a tougher opponent than Northview. Bishop Amat will likely drop to 0-2 against Servite, not enough offense and defense gives up too many points.