Damien wins in first trip to finals: Damien High School, after advancing to the CIF-Southern Section finals for the first time, wasn’t about to waste the opportunity.
Ayo Adedeji and Jeremy Hemsley made sure of it.
Adedeji had 18 points and eight rebounds and Hemsley scored 17 points and the Spartans scored the program’s first CIF-SS title with a 54-40 victory over Santa Margarita in the Division 3AA championship game Thursday night at Anaheim Arena. 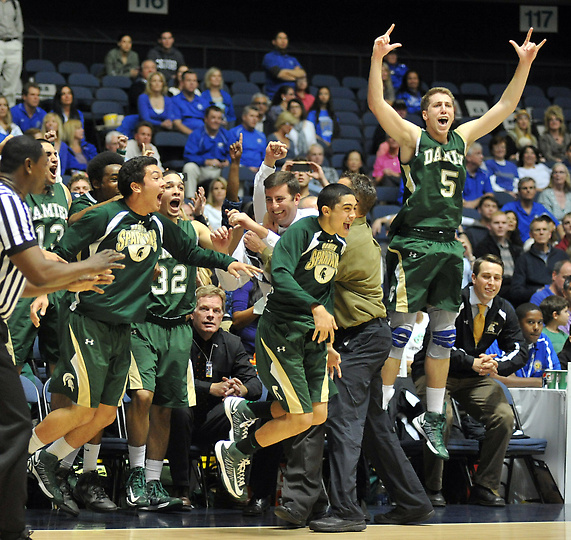 Damien won its first championship ever with a dominating fourth quarter, outscoring Santa Margarita 18-6, pulling away down the stretch to close out a 54-40 victory in the Division 3AA championship game Thursday at the Anaheim Arena. Damien senior Ayo Adedeji had his best game of the season, scoring 18 points with 13 rebounds and the always reliable sophomore Jeremy Hemsley finished with 17 points with four assists. 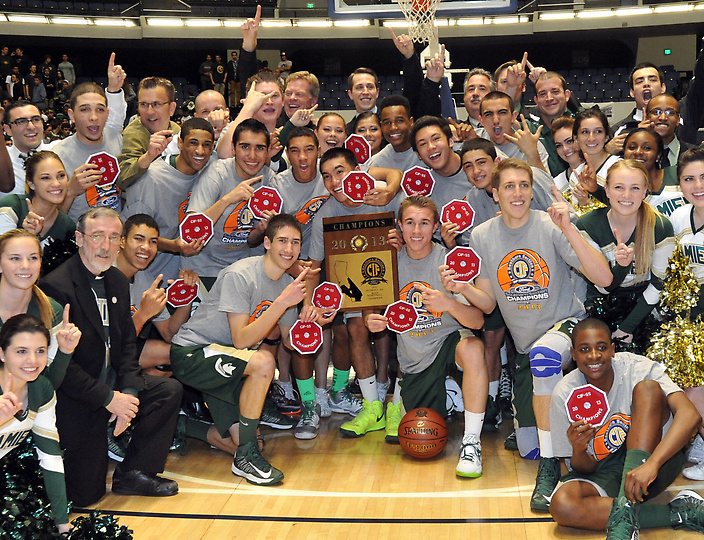 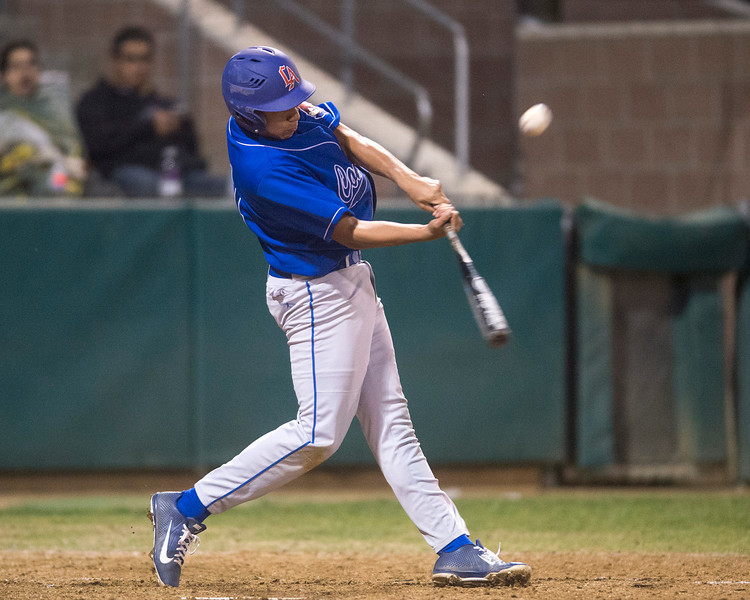 Los Altos-Damien photo gallery
By Steve Ramirez
twitter.com/SteveRRamirez
WALNUT — The nonleague season in high school sports is about progressing and improving while preparing for league play.
It’s also about making a name for yourself, and the Los Altos baseball team has accomplished that aspect during the first two games of its season.
Isaiah Roybal gave up one run and two hits in six innings and Joey Franco had an RBI double to score Anthony Cuevas in the eighth inning as the Conquerors improved to 2-0 with a 2-1 victory over Damien in a Dick’s Tournament second-round game at Mt. San Antonio College.
Los Altos, which opened the tournament with a 2-0 victory over CIF-Southern Section power Yucaipa, advanced to face Temecula Valley, a 6-0 victory over Elsinore, in Friday’s quarterfinals at Mt. SAC. The time will be announced later.
Damien, which beat La Puente, 8-0, in the first round on Saturday, slipped to 1-1. 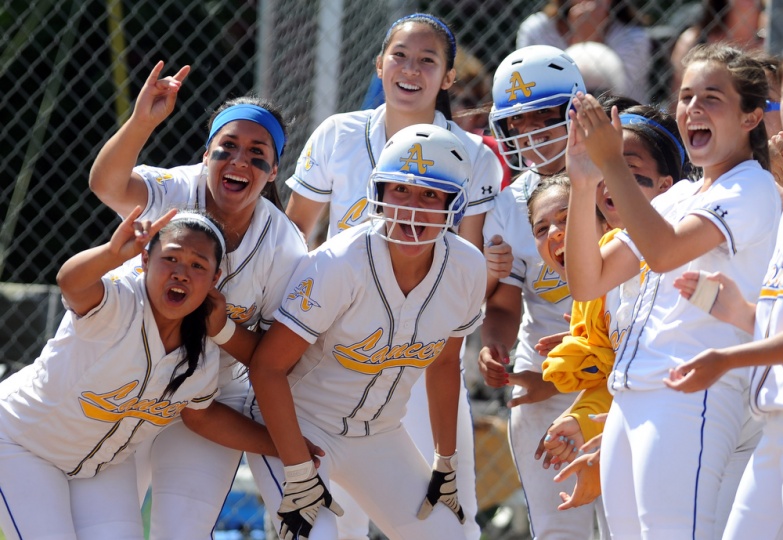 SOFTBALL PREVIEW: Bishop Amat High School felt it left a little on the table last softball season.
The Lancers hope to make up for it this year, and judging by who they have back from a team that advanced to the CIF-Southern Section Division 3 semifinals, this could be a special time for Bishop Amat, which begins the season ranked No. 1 in the Valley.
“They are committed to go all the way,” said Bishop Amat coach Jesse Mendez, whose Lancers return four core players who keyed last season’s run to the division final four. “They’ve won a couple of league titles, but still haven’t accomplished the goal of a CIF title.

Bishop Amat to play for second title in three years: Bishop Amat goalkeeper Evelyn Fierros learned just a few minutes before kick-off she was being replaced in the semifinals by Ruby Nichols after giving up three goals in the second round and quarterfinals of the CIF-SS Division 3 playoffs, both 4-3 victories.
Fierros cheered on her team, but the disappointment was evident on her face.
But after Bishop Amat thoroughly dominated top-seeded Yorba Linda during Tuesday’s division semifinal but had nothing to show for it, Lancers coach Ruben Gonzalez brought in Fierros for the penalty shootout after a 0-0 regulation and two scoreless overtimes.
It turned out to be a brilliant move. Fierros came up a with a big, opening save in the shootout and was an intimidating presence the rest of the way in allowing Bishop Amat to pull out a 5-4 victory on penalty kicks to advance to its third consecutive championship game.

Arroyo advances to D-7 championship: The Arroyo High School girls soccer team is going where its previous teams hoped to: the CIF-Southern Section division final.
After defeating University Prep (14-3-2) from Victorville 3-2 Tuesday, the Knights (16-4-4) will play Marshall, a 2-0 winner over Gabrielino, in the Division 7 championship game later this week.

San Dimas fall to Citrus Valley: San Dimas was closing in on a stunning win late in Tuesday’s CIF-Southern Section Division 6 girls soccer semifinal.
But Citrus Valley was thinking of its own victory celebration.
With about eight minutes left in regulation and San Dimas holding on to a one-goal lead, the visiting Blackhawks began a rally that propelled them to their second consecutive division title game with a 3-2 victory. 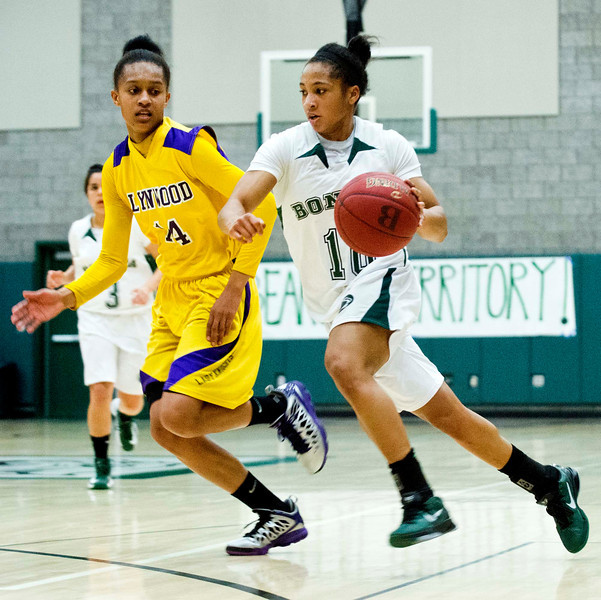 Bonita falls short against Lynwood: The jump to CIF-SS Division 2AA this season was looking like it never was going to catch up to the Bonita High School girls basketball team.
In Tuesday’s semifinal, however, Lynwood was too tall an order.
The towering lineup of the third-seeded Knights dominated the boards in the second half as it pulled away for a 60-47 victory over seventh-seeded Bonita. The defending division champion Knights are back in the title game, where they will face the winner of No. 1 seed Mark Keppel and No. 4 seed Riverside North.

Bishop Amat to play for second straight and sixth divisional title: Bishop Amat High School was pushed to the limit Tuesday.
But that just made the Lancers shove back, which put them in position for a repeat.
Paulina Santana scored 17 points, including two key free throws with 11.6 seconds left, and Bishop Amat advanced to the CIF-Southern Section Division 1A girls basketball final with a 51-48 victory at Ventura.
Bishop Amat coach Richard Wiard: “Our kids never gave in. They showed great fight. They made the plays they needed to make. We didn’t make a lot of foul shots down the stretch, but (Santana) made those two huge ones, and that’s the key. You have to make enough to win.”
Bishop Amat’s Paulina Santana: They were a great team that really challenged us. We kept our composure and capitalize. Kudos to my teammates. It was a great game and we were able do what we are supposed to do. I think we’re experienced as a team and that definitely helped us out.”

Top Ten Story: Last season was a magical one for the Bonita High School baseball team.
The Bearcats, behind top pitcher Justin Garza, won another Hacienda League title and earned the school’s first CIF-Southern Section championship by defeating Alhambra, 5-1, to take the Division 3 crown.
But while Garza, who was 25-1 over his junior and senior seasons, and other key players are gone, expectations for another year of success are alive and well in La Verne. The Bearcats begin the season ranked No. 1 in the Valley and No. 3 in Division 3. 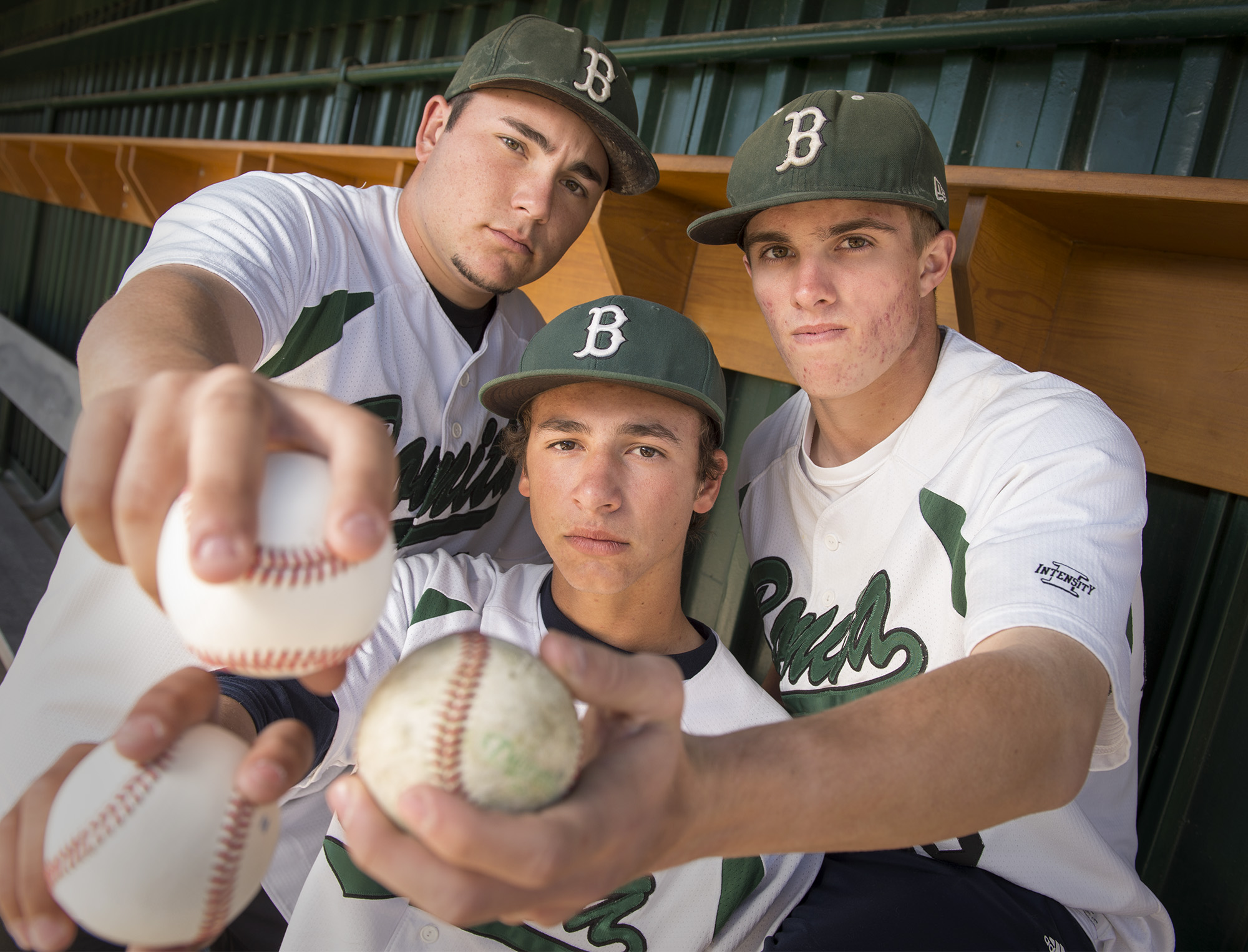 Here’s the initial area baseball rankings, which include the usual suspects. The story on the top 10 will be in Tuesday’s newspaper: 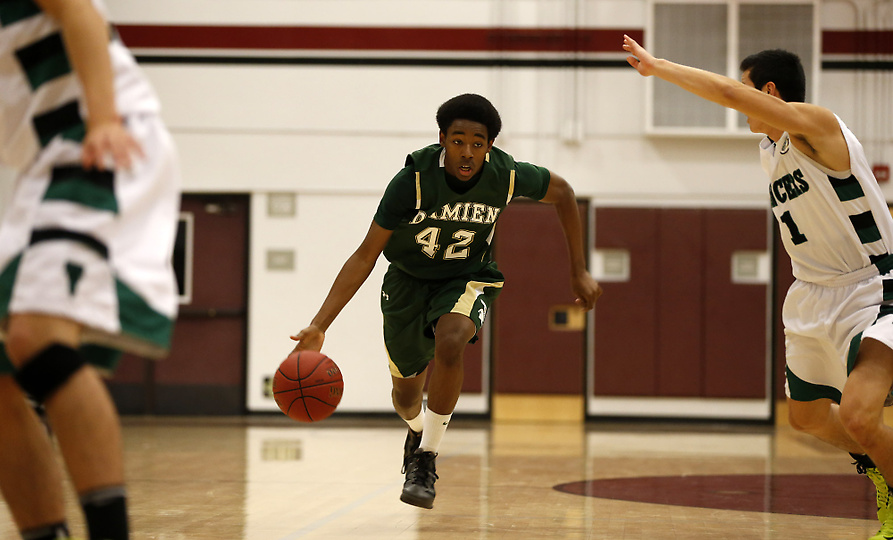