Niko Johnson, a linebacker/offensive lineman for the West Covina High School football team last season, caught got up in a case of social media gone wild over the weekend.
The former Bulldog was misidentified by social media vigilantes after posting photos online. He has since been cleared of being the individual shattering a widow of a shop during the riot.
Here is staff writer Jason Henry’s story.

The Glendora Lassie League 12-and-under all-star softball team has been money in July, and now they need some to continue its winning ways.
The Lassies, who will compete in the American Softball Association Western Nationals next week in Peoria, Ariz., is holding a car wash fundraiser on Saturday at Clubhouse 66 restaurant in Glendora from 8-11 a.m. The team is seeking donations of $5 or more. Clubhouse 66 is located at 1200 E. Route 66.
The team has been solid in recent weeks, sweeping four games in the ASA North East District title in late June before finishing second at the ASA Southern California State championship tournament earlier this month. The team has been led by catcher Jadan Gonzalez and pitchers Maddie Hul and Katie Greep.
The Lassies, after going 4-0 to win the North East District tournament in Jurupa Valley, faced elimination twice on the final day in the state tournament before winning back-to-back games to advance to the championship game. They eliminated four district championships en route to their second-place finish.
Gonzalez caught all nine games in the tournament, including three on the final day. Second baseman Cerina Martinez started two game-ending doubleplays. Allison Brashear led the team in RBIs.
Eight of the 13-girl team have played with each other since they were 8-years-old. As 10-year-olds, they were the first Glendora team to win a district title.
The Western Nationals are scheduled for Wednesday through Aug. 4.

My best Tout Video of the year was Jeremy Hemsley’s game-winning three-pointer as time expired to lift Damien to a 74-72 victory over Mission Oak in the CIF-State Boys Basketball Division III first-round playoff game. Hemsley’s shot went viral, producing over 10,000 views. I nominated Hemsley’s heroic’s to our Digital First Media’s (DFM) national contest and the “Buzzer Beater” made the Top Ten. I know we can do better. To make Hemsley’s Tout video No. 1, we need your votes. YOU CAN VOTE BY GOING HERE.

STORY: After Damien witnessed a mammoth fourth-quarter collapse that ended with visiting Mission Oak High School’s Blake Shannon banking in a half-court shot at the buzzer to send Wednesday’s CIF-State Boys Basketball Division III first-round regional playoff game to overtime, Damien sophomore Jeremy Hemsley rescued the Spartans with a buzzer-beater of his own.
Hemsley’s three-point shot as time expired in overtime lifted the Spartans from the jaws of defeat and gave the CIF-Southern Section Division 3AA champions a 74-72 victory to advance to Saturday’s second-round at second-seed West Hills Chaminade. After Shannon, who finished with a team-high 25 points, hit two free throws to give the Hawks a 72-71 lead with 3.2 seconds left, the Spartans quickly advanced the ball to halfcourt and called a timeout with 2.4 seconds left.
“The coach set up a play and I told (teammate) Jared (Dizon) I wasn’t going to let us lose it,” Hemsley said. “I was going to take the last shot.”

END_OF_DOCUMENT_TOKEN_TO_BE_REPLACED

Tyler Drohan, Correspondent
Joe La Fountain trotted back to the dugout with his head down and a focused stare.
His three-run homer had just given life to a La Verne 12-under all-star baseball team on the brink of elimination, bringing the team within a run with an inning to play. La Fountain’s understated celebration made it clear there was still work to be done to save La Verne’s season.
The very next inning, La Fountain stood at the plate waving his arm as Ryan McGlohan came racing home with the winning run, kicking up pieces of dirt as he slid in to secure a 5-4 come-from-behind, walk-off win over San Pedro Eastview. This time, La Fountain would celebrate. Teammates mobbed McGlohan in front of the dugout and then La Fountain, who took off his helmet and triumphantly raised his fists in the air.
“It’s a good group; they’re fun to coach and easy to root for. For a month now, we’ve been playing one-run games so we’re used to it. The celebration – that’s what we’re here for,” La Verne coach Greg Peplin said.

END_OF_DOCUMENT_TOKEN_TO_BE_REPLACED

USA Baseball Press Release: USA Baseball announced the 2013 15U National Team 20-man roster following the conclusion of a five-day trials period at the USA Baseball National Training Complex (NTC) in Cary, N.C.
The team will continue to train at the NTC from July 19-25 in preparation for the 2013 COPABE ‘AA’ 15U Pan American Championships in Barranquilla, Colombia. During training, the 15U National Team will play an exhibition game July 22 against CBC at NC State University and two exhibitions against the EvoShield Canes, one at the NTC July 23 and the other at Durham Bulls Athletic Park on July 24.

Before we were interrupted by another ineligible player ruling, here’s the question: 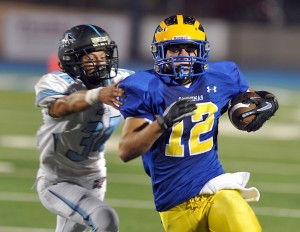 In recent days Diamond Bar’s Antonio “Noodles” Hull, who transferred from West Covina to Diamond Bar, was denied eligibility at Diamond Bar until Nov. 16, which would be the second round of the CIF playoffs after West Covina challenged his transfer to Diamond Bar based on “athletic motivation,” which CIF agreed with, and was later held up on appeal. The same could happen to San Dimas’ all-everything standout Jake Payton, who bolted to Inland super power Upland. Just recently, San Dimas coach Bill Zernickow acknowledged the school will challenge Payton’s transfer based on athletic motivation as well. A decision from CIF could come in the next couple weeks.

The comment boards on Aram’s In the Huddle Blog over both transfers has been heated and passionate with discussion. There are some that say, including myself, that if a player wants to leave let them leave, regardless of circumstance. But there are others that say, rules are rules, and if you have evidence of athletic motivation, it’s your duty to present it to CIF and what will be, will be. 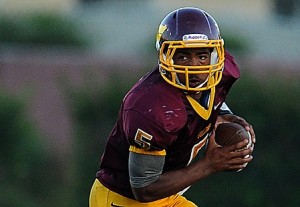 I get both arguments, and speaking to sources from West Covina and San Dimas in recent months, these decisions weren’t made simply because school’s have an ax to grind, there were a series of events and things that went on that ultimately led to these decisions.

And though I get it and do not fault West Covina and San Dimas for what they’re doing, I wouldn’t of gone down that road. It’s always been my opinion that if a student is enrolled in school and making grades, let them play, regardless of how they got there. At the end of the day, I’ve always thought it was about the student and parents best interest that matters most. I also believe that 99.9 percent of all athletic transfers are in some part, athletically motivated, and the majority of those transfer requests are approved, while those in Hull’s case are left to wonder, what’s the difference between that case and mine?

What I’ve learned from all this is there is no right or wrong answer, just your opinion. And as long as this silly rule that can’t be enforced fairly across the board is still in place, the debate will go on forever.

Only question left is, what would you do? 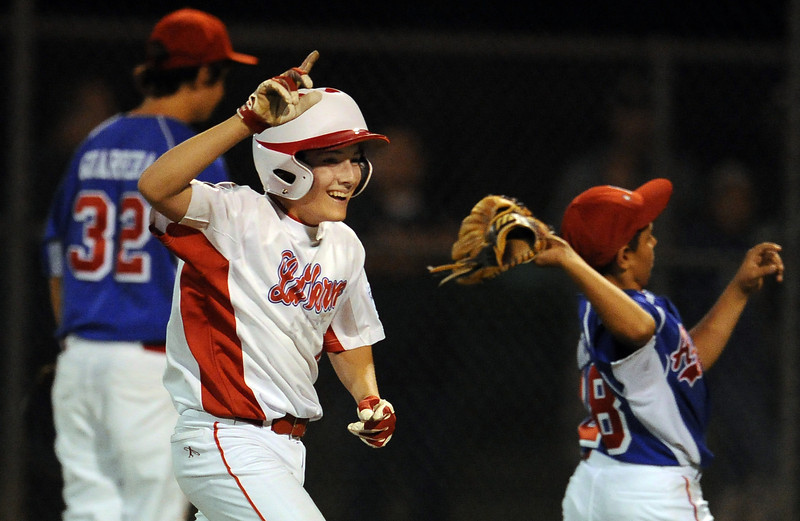 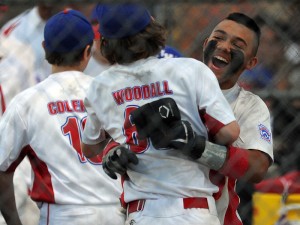 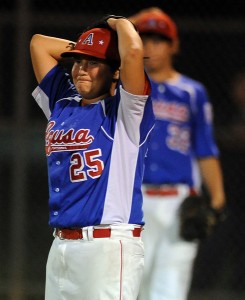