As part of this becoming the all-sports blog for are three San Gabriel Valley Newspapers, and part of our college football overage, I will post a capsule of all Pac-12 teams for the upcoming season. We’ll begin with the North Division, and today we take a brief look at California

CALIFORNIA BEARS
Coach: Jeff Tedford
Years at school: 10
Record: 72-42
2010 Record: 5-7 overall, 3-6 in conference
Division: North
2011 prediction: Fifth
Outlook: The Bears have been one of the conference’s most consistent programs, playing in a bowl during Tedford’s first nine seasons. All that changed last year, and the outlook doesn’t look good for Cal in 2011. The Bears are inexperienced in the backfield, where Buffalo transfer Zach Maynard steps in at quarterback and junior Ise Sofele is the starter at tallback. Marvin Jones is one of the better returning receivers in the conference. But Cal, which will play all home games at AT&T Park while Memorial Stadium is refurbished, will be hard pressed to get back to a bowl game.
Quotable: “We have created a standard and expectation at Cal over the last nine years,” Cal coach Jeff Tedord said. “Last season we fell short of that, and we’re not hiding from that. We understand that there is a very fine line between winning and losing. We need to improve and get back to the standard and fulfilling the expectation that our fans and alumni have for our football program.”

As part of this becoming the all-sports blog for are three San Gabriel Valley Newspapers, and part of our college football overage, I will post a capsule of all Pac-12 teams for the upcoming season. We’ll begin with the North Division, and today we take a brief look at Washington State.

WASHINGTON STATE COUGARS
Coach: Paul Wulff
Years at school: Fourth
Record: 5-32
2010 Record: 2-10 overall, 1-8 in conference
Division: North
2011 prediction: Sixth
Outlook: The Cougars have been the conference’s worst program over the past three seasons, finishing ninth, 10th and 10th. But they saw some light in the tunnel last year, playing respective games down the stretch, including scoring a 31-14 win at Oregon State. QB Jeff Tuel, who threw for 2,780 yards and 18 TDs, gives Washington State some hope. But it is most likely going to be another longer year in the Palouse, which doesn’t sound good for Wulff, who begins the year No. 1 on most publications’ coaches hot seat list.
Quotable: “When games are tight, (Tuel) needs to be able to make the plays that win the game,” Wulff said. “Those are the steps that he’s going to take, and he will take. I think that we’re going to go as he goes in a lot of ways. But what I also like is we do have more of a supporting cast around him and on defense that we’ve never had. So it’s not going to be only on Jeff Tuel, which is great. There needs to be some games where he isn’t necessarily the big factor, hopefully, and we can still win the ballgame. I’d like to see our team take that step, and I’d like to see Jeff take the step that I mentioned.”

Quarterback Cameron Deen, who led South Hills to the Southwest Division semifinals in 2007 and ’08, has left Northern Colorado. He has apparently enrolled at Mt. SAC and will compete for the two-time state and national champions in the fall.

As promised, the Inland Insider, Tom Kiss, put together a 12-minute video highlights of the 2010 football season. Lots of great stuff, check it out. I’m out of town until Aug. 4, but Stevie R., and Aram will take over while I’m sitting on a beach in Cabo … The PrepXtra Football Preview Magazine debuts on Aug. 30. 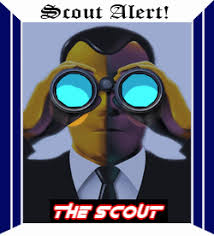 Guru Writes: When I started to get ideas for what to write this week, I was stumbling a bit. You can only talk college recruiting so much. I wanted to do something that was going to be beneficial to coaches, players and parents. And then it hit me like a sack of bricks.
As we all know football officiating is one of the thankless jobs of the year. You get criticized and yelled at and the stipend are anywhere from $60 to $80. So for this column I wanted to know what the points of emphasis is going to be for the upcoming season and other things. There is one man I know I could call on… Tracy McFate. He is the assigner for the Foothill Citrus Division in Southern California and has been officiating games for a very long time.

END_OF_DOCUMENT_TOKEN_TO_BE_REPLACED

I spent the day at Pac-12 Media Day in Los Angeles to get a view how the conference football teams will shape up this year.
As expected, Oregon was picked to win the Pac-12 North Division and the league’s first championship game. I like Stanford, which returns all the key parts of last season’s Orange Bowl champion, except coach Jim Harbaugh. But his replacement, former NFL assistant David Shaw might be just as good.
In the coming days, I will post here a look at each team individually leading up to the team’s fall camps, which are expected to begin in the next week or so.
Until then, here’s my column from Pac-12 Media Day:

By Steve Ramirez
LOS ANGELES – Stanford has everything to compete for the Bowl Championship Series championship.
The Cardinal have the best quarterback in the country in Heisman Trophy favorite Andrew Luck, a running backs corps that ranks among the best in the country and they play defense with a chip on their shoulder.
The big question mark – if you believe the national media – is at the top, where coach David Shaw has replaced Jim Harbaugh, who after building the Cardinal into a national power has taken his show to the San Francisco 49ers and the NFL.
The switch won’t matter.
Stanford is the best team in the league and will reign supreme in 2011, winning the North Division, the conference’s first football championship game, and earning a trip, not to Pasadena and the Rose Bowl, but to the BCS title game, which this year is slated for New Orleans.
I have no doubt that if Harbaugh had decided to stay, most would rank the Cardinal among the favorites to win it all. Shaw just needs to keep the ball rolling, and there’s no reason he won’t.
“Coach Harbaugh came in (four years ago) and fought a lot of battles that I don’t have to fight,” Shaw said during Tuesday’s Pac-12 media day at Fox Studios. “My job is to maintain a competitive spirit. Like I said before, that is one of the things that (Harbaugh) and I had in common. We were going to compete. We’re going to fight.
“There is a standard of play that we’ll play up to, and it’s my job that we’ll do that.”
END_OF_DOCUMENT_TOKEN_TO_BE_REPLACED