By Steve Ramirez
twitter.com/SteveRRamirez
GLENDORA — There are very few must-win situations this early in the league season.
Friday might have been the exception for Glendora High School, which showed that sense of urgency, rolling to a 7-2 victory over visiting Rancho Cucamonga in a Baseline League game.
The Tartans, who got a home run and two RBIs from catcher Garrett Ouellette and a steady six innings from pitcher Scott Burke, snapped a two-game losing streak with the win and improved to 8-4 overall and 3-2 in league play.
The Cougars, getting RBIs from Jared Gagnon and Joseph Hamilton, slipped to 7-7 and 1-2.
Burke, who has signed with UCLA gave up six hits in six innings and struck out six to improve to 4-1. Nick Kaye and Martin Gallegos also had two RBIs for the Tartans.
Glendora coach Dan Henley: “I think early on it’s one of those games that’s a must-win for confidence. After losing the last two — one to Los Osos, the other to Upland — you don’t want to fall behind. Worst-case scenario, we’re one game behind Los Osos through five games. Yeah, it’s a very important win heading into the Arcadia Tournament next week.”
Glendora’s Garrett Ouellette: “It was a good home run. I honestly didn’t think it was going to go out. I was getting ready to beat it to third, and then when I saw (it go out), I slowed up a bit.”

STORY: It wasn’t the 1951 New York Giants, but Baldwin Park senior Bernard Flores was yelling, “I feel like Bobby Thomson,” after he hit a game-winning three-run homer in the bottom of the 10th inning to beat Valle Vista League leader San Dimas 5-2 on Thursday. 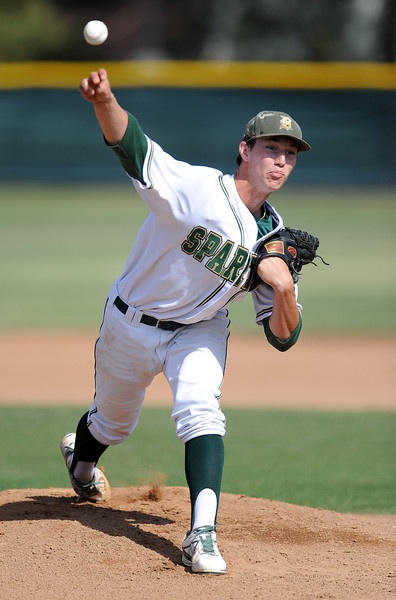 By Steve Ramirez
twitter.com/teveRRAmirez
LA PUENTE — Bishop Amat High School, after outscoring its previous three opponents, 26-0, was in need of a challenge.
The Lancers got it Wednesday and showed it belongs with the top teams in the CIF-Southern Section.
Alexis Gonzalez and Amanda Sanchez each had RBIs during a three-run sixth inning to lead host Amat to a 5-3 victory over nationally-ranked Corona Santiago in a nonleague game.
Sabrina Anguiano was steady in the circle, giving up seven hits with five strikeouts for the Lancers, who improved to 11-2 overall.
The Sharks, ranked No. 3 in the state and No. 12 nationally by MaxPreps.com, slipped to 14-2.
Bishop Amat, after Santiago took a 3-2 lead on a RBI double by Marissa Varrati in the top of the sixth, countered with three runs in its half of the inning. Alyssa Barerra started the winning rally with a bunt single and advanced on a fielder’s choice off the bat of Eryn Sustayta. Gonzalez, after falling behind in the count, tied it at 3 with a single to right field. Sanchez, who had an RBI single in the fourth, then grounded a single past the drawn-in infield to score Sustayta for a 4-3 lead. Victoria Saucedo’s hit an RBI single to push it to 5-3.
Bishop Amat coach Jesse Mendez: This was a major challenge by a great team. There’s a couple of teams in our league that push us. St. Joseph and St. Paul are no walkovers, and Santiago is a powerhouse team. Their coach told me they put in five hours of practice preparing for us, and we put in some time, too. It paid off.”
Alexis Gonzalez: “This just proves that we can hang and we have it. We give it our best, no matter what. We’re solid one through nine and know we can get a hit when we need it.”
Amanda Sanchez: “Honestly, we just had to find our pitch. We had to lay off the rise ball. That’s what we did and came back. BaseballWe showed a lot of heart, one through nine. Everyone stepped up.”
Today’s Baseball schedule/scores
Hacienda League
Diamond Ranch at Bonita, 3:15 p.m.
Walnut at Los Altos, 3:15 p.m.
Baseline League
Upland 3, Glendora 1
Mission Valley League
Arroyo at Rosemead, 3:15 p.m.
South El Monte at Gabrielino, 3:15 p.m.
Mountain View at El Monte, 3:15 p.m. 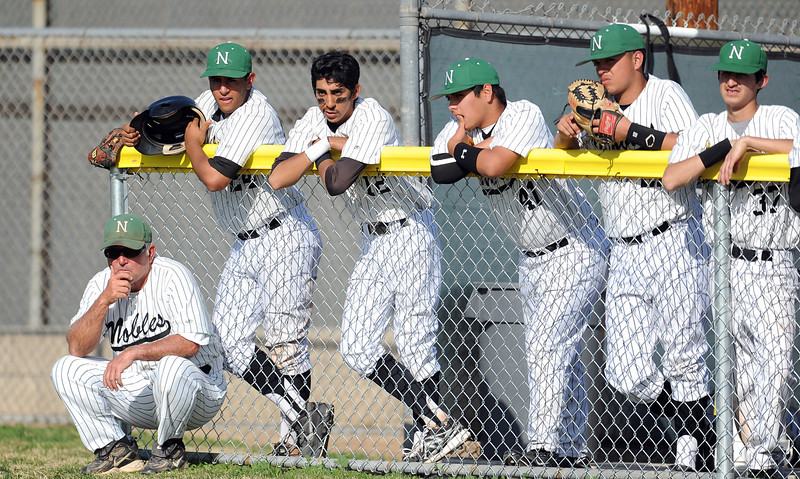 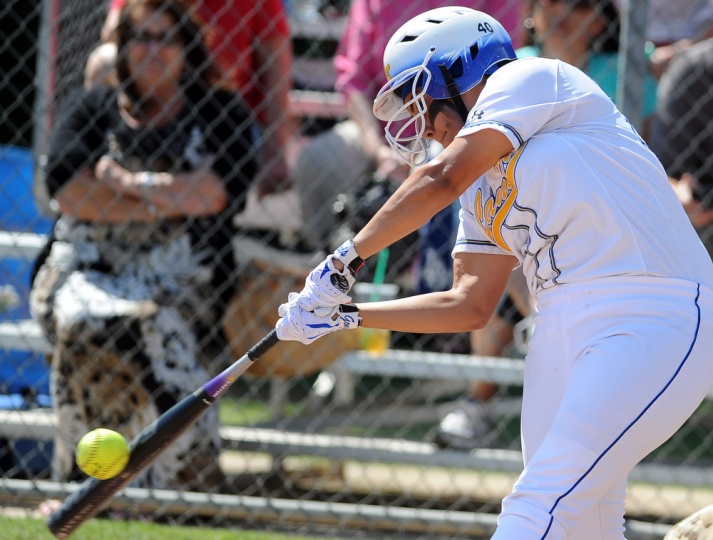 By Steve Ramirez
twitter.com/SteveRRamirez
SAN DIMAS — It would have been easy for the San Dimas High School baseball team to fold after giving up the lead Tuesday afternoon.
But there’s a reason why the Saints are regarded as one of the top teams in the area, and they showed by scoring six runs in the sixth to score an 8-2 victory over visiting Baldwin Park in a Valle Vista League game.
San Dimas, getting three hits from Elias Orona and two RBIs from Andrew Espinoza, improved to 8-2 overall and 3-0 in league play. The Saints’ also received a solid effort from pitcher Jimmy Lambert, who gave up six hits and struck out six for the complete-game victory.
Baldwin Park, which nearly beat preseason league favorite Nogales last week, slipped to 6-3 and 0-2. Justin Tellez led the Braves with two hits and an RBI.
San Dimas sent 11 guys to the plate and had four consecutive hits with two outs in the sixth, including a RBI double by Logan Murratalla and a RBI single by Josh Avila for the six-run lead. Avila started the barrage with a single. It was followed by a walk to Rick Ramirez. Ryan Cruz then relieved Bernardo Flores and Lambert followed with a RBI single for a 3-2 advantage. Peter Lambert then had a bunt single on a safety squeeze to make it 4-2 before Aaron Torres had a single and Espinoza an RBI groundout to make it 5-2.
San Dimas coach Mike Regan: “I think our guys did in (the sixth) everything we constantly work on. Our guys were pretty resilient today. The team effort was great all the way around. We had some big hits early. Our guys stayed with the approach and hit really, really well.”
Baldwin Park coach Jake Barendregt: “It looked like (Flores) wasn’t being very aggressive with those pitches (in the sixth). It was like he was trying to get them over the strike zone instead of pounding the strike zone. I don’t think he was tired. But there was definitely a difference in his velocity that inning. But San Dimas is a good team. They have some guys who can swing the bats and if you make some mistakes, they’re going to get you.”