By Fred J. Robledo, Staff Writer
ANAHEIM — Of all the Bishop Amat girls basketball championship teams this might have been the most blue-collar, hardest working of them all.

Without anyone near 6-feet, third-seed Bishop Amat pushed, shoved, tugged and frustrated top-seed Oak Park in Wednesday’s CIF-Southern Section Division 3A championship game at the Anaheim Arena, winning the school’s fifth girls basketball title since 1999 and first since 2006 with a convincing 44-30 victory.

Bishop Amat, who finished fourth in the difficult Del Rey League, will continue in the state playoffs next week after improving to 21-11 while Oak Park finishes 21-9.

It’s always difficult comparing championship teams, but this one seemed different than the others.

“Those other kids worked hard too, we didn’t win on accident,” Amat coach Richard Wiard explained in comparing his five champions. “But these kids have worked awful hard and they’re physical and don’t mind getting their nose dirty.

“They’re not as tall as the other groups and maybe we don’t have the division one players that we’ve had in past years, but that’s okay. A lot of effort can overcome that.” (To continue click thread).

END_OF_DOCUMENT_TOKEN_TO_BE_REPLACED

Not sure if Claremont or Bishop Amat enjoy having to go all the way to Mission Viejo High School instead of playing at nearby Warren High in Downey for Saturday’s Division 3 girls soccer title. But it is what it is, CIF scheduled all the boys games at Warren and all the girls games at Mission Viejo, so deal with it. See you on Saturday at 5 p.m., it’s a great matchup of the two best teams in the division. Amat’s been scoring at a rapid pace and Claremont hasn’t allowed a goal in the playoffs. Something has to give

Defending champion Bishop Amat’s 4-1 victory over Chino Hills sets up a dream Division 3 final this weekend against Claremont, the third-ranked team in the country and 1-0 winner over St. Lucy’s. After losing to St. Margaret’s in last year’s D-6 title game, San Dimas loses in semifinals to St. Margaret’s again, 1-0

Game Story: San Dimas falls to St. Margaret’s for second year in a row, losing in semifinals 1-0 after falling in title game to them last year.

By Fred J. Robledo
Chino Hills will have to settle for advancing to its first girls soccer semifinal in the school’s history.

Defending champion and fourth-seed Bishop Amat, looking as dominant as ever, overcame an early deficit and overwhelmed the visiting Huskies 4-1 in Tuesday’s CIF Southern Section Division 3 semifinals to advance to either Friday or Saturday’s championship at a site to be determined against national power and second-seed Claremont, a 1-0 winner over St. Lucy’s.

Juarez chested down a pass from Yazmin Montoya, turned and fired in the 21st minute to tie the game. Then Juarez took a long throw-in from freshman Natalie Tillman, and with her back to the goal, somehow freed herself to fire the go-ahead goal in the 28th minute for a 2-1 lead.

Juarez also set up the third goal just before half. She was tripped in the penalty area to set up a penalty kick and Nayeli Requejo stepped up and finished it in the 39th minute to go up, 3-1. (To continue click thread).

END_OF_DOCUMENT_TOKEN_TO_BE_REPLACED

By Fred J. Robledo
November’s early signing period was all the proof of what kind of high school softball season that awaits.

St. Lucy’s and Chino Hills each had four players sign national letters of intent and the west Valley had 21 players in all announce their college intentions.

That doesn’t include the wealth of talented underclassmen that have made verbal commitments to help make the annual San Gabriel Valley Tribune preseason top 10 rankings a tough list to crack, starting with the only team to advance to a divisional championship last year, South Hills. (To continue click thread)

END_OF_DOCUMENT_TOKEN_TO_BE_REPLACED 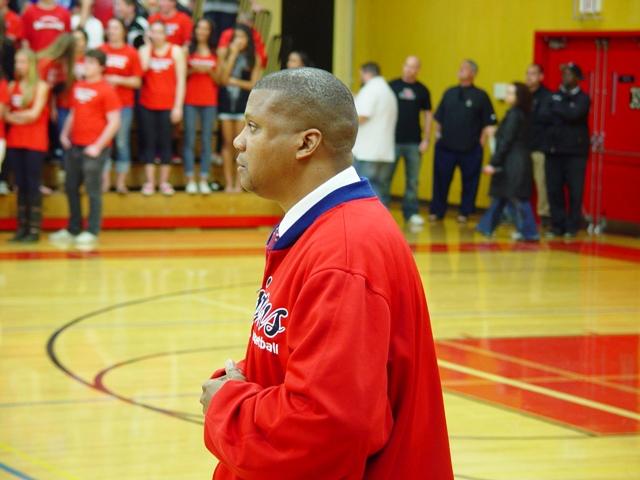