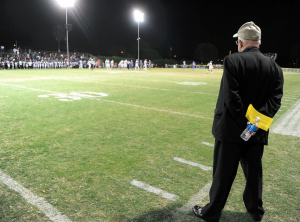 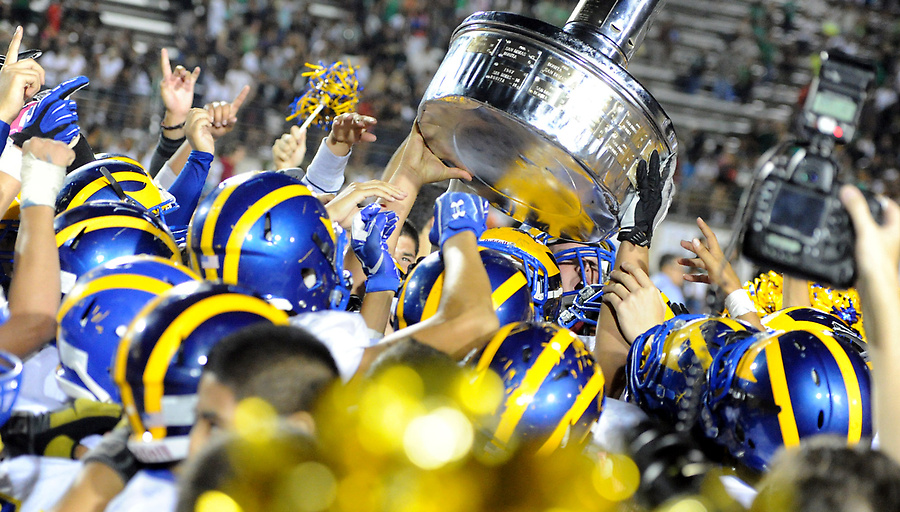 Last Week: Aram and I both had a good week statistically, but we also missed opportunities for a super week. We both missed out by not taking Glendora over Charter Oak, La Sierra over Northview and La Canada over Rio Hondo Prep. We both thought Baldwin Park would beat Walnut and that Cypress would beat Diamond Bar. I got Aram taking Crespi over Bishop Amat and Pasadena Poly over Brentwood, but he got me back with California over Magnolia and Diamond Ranch over Cypress.
This week: The Smudge Pot between San Dimas and Bonita lead the way and they’re both hot, both with one loss and playing in the middle of the season instead of the season opener as in recent years. One of San Dimas’ complaints in losing to Bonita last year and struggling in openers is they’re not as prepared as they would be for a mid-season game. I’m taking their word on that and picking San Dimas. For all the good they’ve done, like winning CIF titles, you have to believe San Dimas can’t stomach losing to their rival again. As bad as the situation looks for Bishop Amat, losing in heartbreaking fashion at Crespi in overtime, they’ve NEVER lost three straight during the regular 10-game season during the Steve Hagerty area. They have a good record of responding when their backs are to the wall and they’ve never been more back to the wall than now. Friday’s game is live on Fox West, it’s a 7:30 start and with all the cameras and bright lights on them, this is the type of game Amat wins. 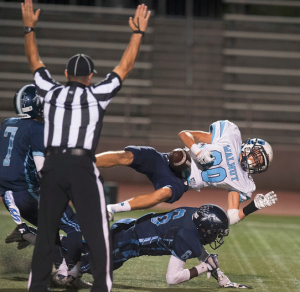 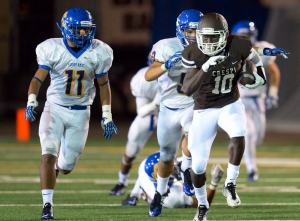 END_OF_DOCUMENT_TOKEN_TO_BE_REPLACED

Ayala High School sent a memo to reporter Lou Brewster involving suspensions and allegations of hazing. Memo: Ayala High School officials are continuing to investigate an incident involving some members of the Varsity Football team while at an away game in St. George, Utah.
Underclassmen reported that there was a hazing incident that took place at the team hotel.
21 students have been suspended ranging from one to five days pending the continuing investigation.
“As a district, we have zero tolerance for hazing or bullying of any sort,” said Julie Gobin, district spokeswoman.
Note: Ayala beat Snow Canyon in St. George, UT., last week 23-7. Ayala has a bye tonight and will resume action next Friday hosting Damien. 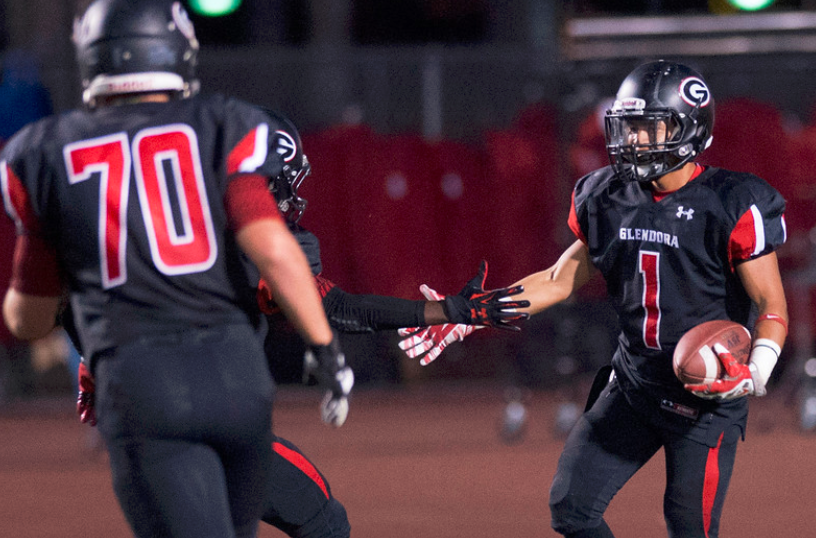 Glendora proves its a force in the Central: Glendora followed the same script that it used to win the Mayor’s Trophy last year.
In a battle of CIF-Southern Section Central Division powers, The Tartans trailed Charter Oak at the half and came back to beat the Chargers in the last few minutes, 38-37, at Citrus College on Thursday night.
The winning score came on Justin Frazier’s 8-yard run with 4:40 left in the gam, which capped a five-play drive following a fumble recovery by Joel Stone at the Chargers’ 18-yard line.
The Chargers appeared to have stopped the Tartans on a fourth-down play at the 16-yard line, but a pass interference penalty gave Glendora life.
“That’s what you’re going to get when you get Charter Oak-Glendora,” Tartans coach Jerry Lewallen said. “That was just two good football teams. We got off to a quick start and Charter Oak made some plays to get back in it.”

Northview’s loses first game: The La Sierra High School football team mounted a massive second-half comeback Thursday night to hand Northview its first loss of the year, 41-34, in a non-league contest.
The Eagles trailed 28-7 at halftime, but outscored the Vikings 34-6 in the second half to improve to 2-3 at the end of nonleague play. La Sierra equaled its 41 points from last week, making it five consecutive games with at least 20 points.
The Vikings had held each of their last three opponents to just six points, going on to win each game. The defense picked up where it left off for the first half of the game. However, La Sierra managed to turn around its offense to drop Northview’s record to 4-1 as it goes into the league portion of the schedule. 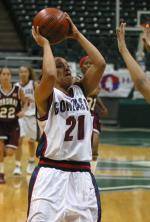 When longtime Bishop Amat girls basketball coach Richard Wiard announced his sudden resignation on Sept. 5., while several administrators were in Texas tending to Bishop Amat’s road football game against Aledo, it left a huge void for the winningest girls basketball program in San Gabriel Valley history with the season just a few months away.
Replacing Wiard, who won 466 games in his 19-year career, including five CIF championships, five Southern California Regional championships and two state championships, is not an envious position for anyone.
But Bishop Amat found what appears to be a worthy successor in Treana Allen, whom the school hired on Wednesday, also making Allen the first African-American head coach in the school’s history.
Allen, who also will become a part-time faculty member, has an impressive resume on and off the court.
After graduating from Long Beach Poly in 1999 and a short stop at Cypress College, Allen transferred to Gonzaga and made an immediate impact from 2001-03, finishing seventh all-time in the school’s history in 3-pointers made (79) and tenth all-time in assists (212) and steals (115). She was named the Bulldog Club senior female athlete of the year in 2003 after guiding Gonzaga to a second-place finish in the West Coast Conference and was a WCC all-conference selection.
END_OF_DOCUMENT_TOKEN_TO_BE_REPLACED