Girls basketball
Sultana 54, Whittier Christian 49 — Joleen Corona had 16 points, six rebounds, four assists and three steals and Christa Evans had 11 points and 11 rebounds for the Heralds (11-5), who placed fourth at the Ontario Christian Knight Classic. Also for Whittier Christian, Clairessa Watkins had 12 points and 10 rebounds and Dashell Vasquez had 10 points. 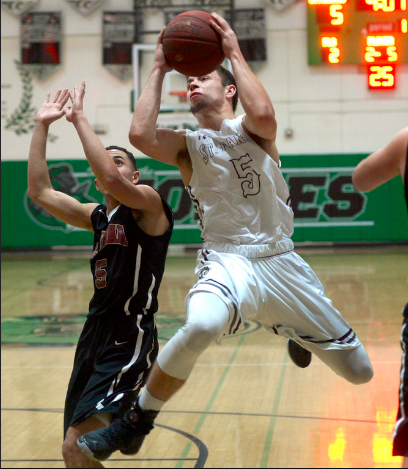 Girls basketball
Whittier Christian 60, Linfield Christian 16 — Christa Evans had 12 points and seven rebounds and Dashell Vasquez and Joleen Corona each had nine points for the Heralds (10-4) in an Ontario Christian Classic second-round victory. Whittier Christian will play against Chaffey today at 10:30 a.m.

Boys soccer
California 3, St. Anthony 0 — Frank Quirarte, Steven Moya and Alex Garcia each scored a goal and David Arias and Daniel Oropeza each had an assist for the Condors in a nonleague victory.