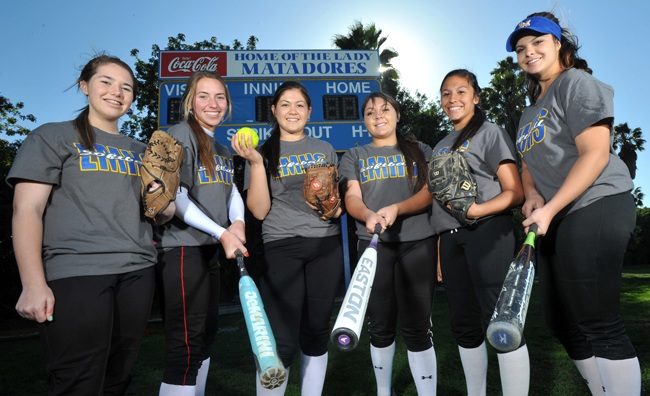 After posting a 12-0 record in the Suburban League and advancing to the third round of last season’s CIF-Southern Section Division 2 softball playoffs, La Mirada High School hopes to take the next step.

Cole, who batted .380 and drove in eight runs last season, will look to play a bigger role in 2013. Gasparovic hit .291 with two home runs and 18 RBIs. Viayra will seek to improve on her junior numbers, which included a .206 average in 45 at-bats.

With Hickman and Rivas gone, sophomore Valerie Alvarado and junior Stephanie Baro are in line to take over primary pitching duties. Alvarado posted a 4-1 record, 1.10 ERA and 53 strikeouts in 44 2/3 innings. Baro was 4-1 with a 1.58 ERA.

“We’re going to make a run at it this year,” La Mirada coach Rich Trujillo said. “We have a lot of confidence. We’re a little bit young. We had seven seniors last year, but we have juniors who are stepping right in.

Hello, high school sports fans.  Since the high school soccer season is in its final stages, it’s time to start thinking about who should be considered as the player of the year in both Whittier-area boys and girls soccer.  So which players are most worthy of the honor?  I would like to hear from you.

Senior forward Cristian Roldan was leading the charge the length of the field with his team in tow after scoring a golden goal in sudden-death overtime for a 3-2 semifinal victory at Century to send the Dons to their third consecutive CIF-Southern Section Division 3 title game.

Roldan, who has 53 goals this season, scored all three goals for the top-seeded Dons (25-2-1). They will face Channel Islands, which defeated Palmdale 5-4 on penalty kicks after a 2-2 tie in regulation. The CIF-SS office will announce the time and location of the game today.

“I was more relieved than anything,” El Rancho coach Dominic Picon said. “I didn’t want their season to be over and I know they wanted to avenge last year’s loss (in the CIF championship game).”

Roldan, headed to the University of Washington next season, scored on a set piece off a corner kick by senior midfielder Miguel Vilchis in the 87th minute. Vilchis had just re-entered the game after appearing to injure his leg early in overtime.

Roldan out-jumped the Century (14-10-4) defenders and headed the ball just inside the goal line.

From there, the 2012 Whittier Daily News Player of the Year was off to the races and sprinted almost 100 yards, much to the delight of a large contingent of El Rancho fans. 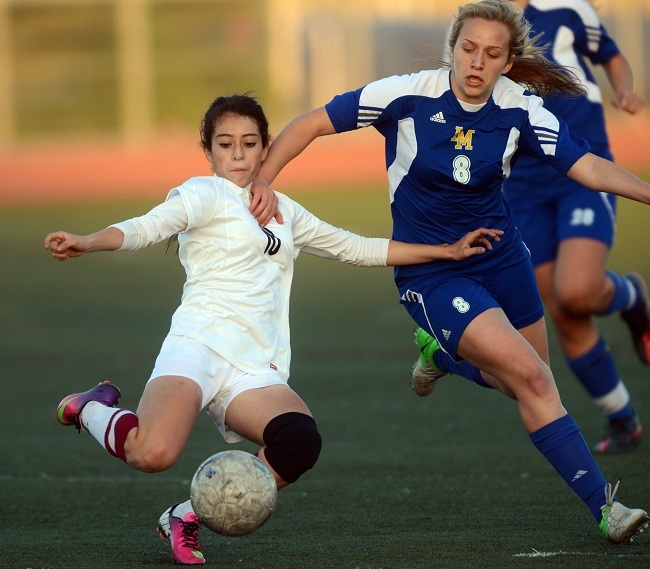