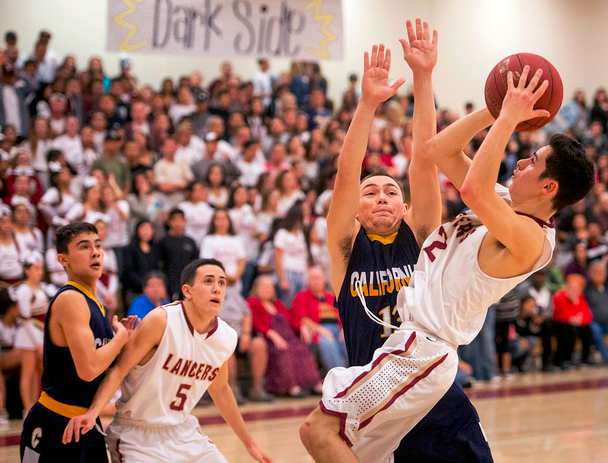 By Stephen Ramirez
SANTA FE SPRINGS — St. Paul High School was one game short of a Santa Fe League boys soccer title last season.
The Swordsmen’s goal this season has been to make up the gap, and they continued in that quest Friday.
Michael Lara had a goal and two assists and Alexander Corpus scored two goals and host St. Paul stayed in first place with a 3-0 victory over St. Pius-St. Matthias Academy.
The Swordsmen improved to 13-5 overall and 6-0 in league play. They are ranked No. 6 in CIF Southern Section Division 7.
The Warriors slipped to 3-5-2 and 1-3-1.
“Leadership has been a big thing (this year),” St. Paul coach Daniel Alvarez said. “The boys have responded in everything I’ve told them. They really want to win. They are hungry.”
The Swordsmen played that way Friday, and got off to a quick start. Lara got loose down the center and scored from inside the penalty area in the fifth minute for a 1-0 lead.
He added to the advantage in the 38th and 40th minutes. Lara again got free and made a perfect cross pass to a hard-charging Corpus, who tapped it in the open net for a 2-0 lead with just over two minutes left in the first half.
The two combined again two minutes later. Lara got open down the right side and Corpus converted Lara’s cross pass with a shot for a 3-0 lead with about 20 seconds left in the half.
“I saw the opening,” said Lara of the surge that produced the final two goals. “I knew I was faster than the defenders and I just went for it.”
St. Paul was dominant for much of the game, outshooting St. Pius-St. Matthias, 12-1 in the first half and 16-4 for the game.
The win was the Swordsmen’s eighth consecutive victory and their ninth during their past 11 games. They stayed at least one game ahead of St. Anthony, who beat St. Paul for the title last season. The Swordsmen scored a 2-0 win over the Saints two weeks ago.
“We could have won last year,” Lara said. “It was silly mistakes (vs. St. Anthony) that cost us. We came up short last year and this year we just really want it more.” 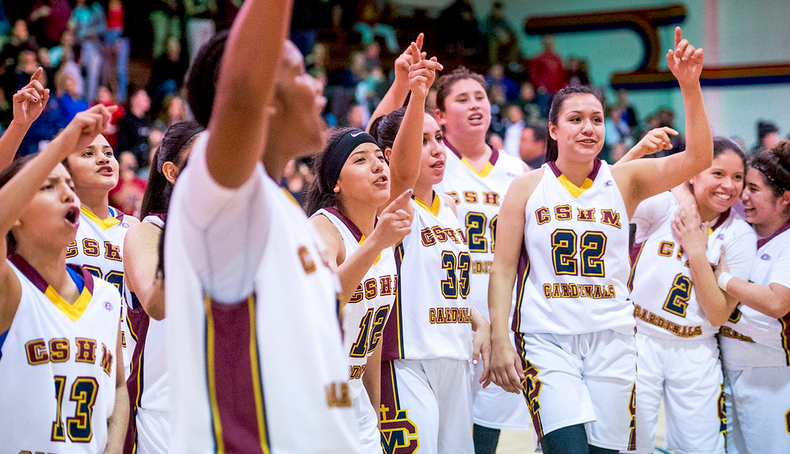 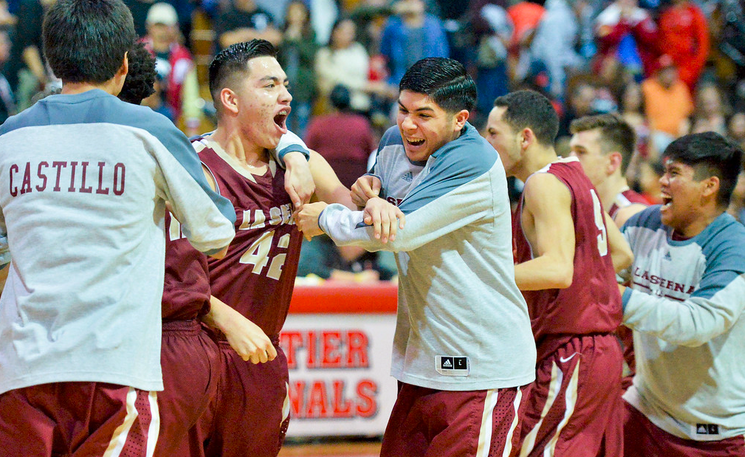 WHITTIER — There will be a title chase during the second half of the Del Rio League boys basketball season after all.
La Serna made sure of it Wednesday.
Jessie Garcia scored 23 points and made two free throws with 2.2 seconds left as the Lancers tied host Whittier for first place after rallying for a 44-43 victory over the Cardinals.
Cedric Sobers also had 10 points for La Serna, which improved to 15-7 and 4-1.
Miguel Salazar and Anthony Rios had 12 points each for Whittier, which slipped to 15-7 and 4-1.
The Cardinals had a chance to win it, but Salazar’s desperation heave from half court fell short at the buzzer.
La Serna, which trailed by 12 points late in the third quarter, rallied to trail, 39-34 after three quarters before coming back from a five-point deficits in the final two minutes. Garcia started the rally with a 3-pointer to cut Whittier’s lead to 43-41 with 1:08 remaining.
Devon Glover then had a steal before making 1 of 2 free throws to get it to 43-42 with 52 seconds left. Salazar, who had just three points in the second half, missed a 3-pointer with 24 seconds left. Garcia then drove the lane and threw up a 10-foot floater that was long. But he was fouled Rios with two seconds left.
He calmly made both for the win.
La Serna’s Jessie Garcia: “We just executed well (down the stretch). We ran our plays. I knew we were going to win. I could see (that Whittier was tentative) in their eyes. Once I saw that in their eyes, I knew we were going to win.”
— Stephen Ramirez
OTHER SCORES
BOYS BASKETBALL
DEL REY LEAGUE
Bishop Montgomery 51, Cantwell Sacred Heart of Mary 39
DEL RIO LEAGUE
Pioneer 78, Cal 69
El Rancho 60, Santa Fe 59
FREEWAY LEAGUE
Troy 67, La Habra 37
Sonora 60, Buena Park 51
SANTA FE LEAGUE
St. Paul 55, Bosco Tech 44
SUBURBAN LEAGUE
Mayfair 74, La Mirada 50
GIRLS
DEL RIO LEAGUE
Whittier 55, La Serna 42
Cal 47, Pioneer 34
El Rancho 68, Santa Fe 22
FREEWAY LEAGUE
Troy 63, La Habra 26
Sonora 59, Buena Park 23