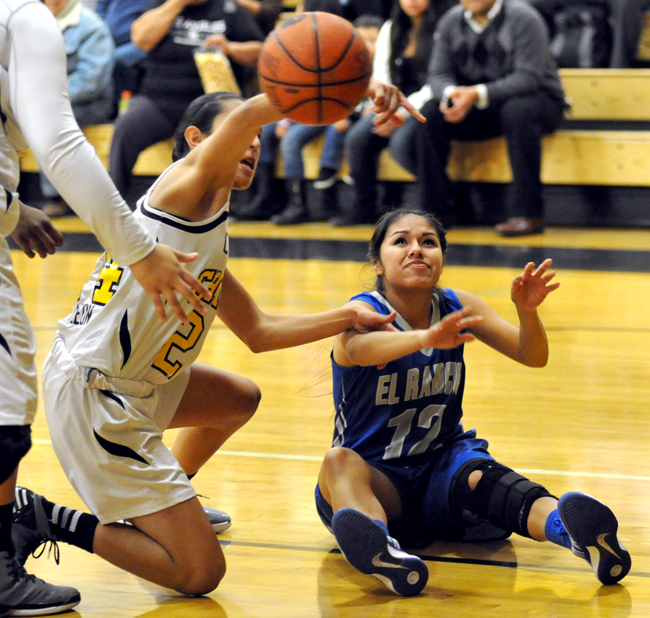 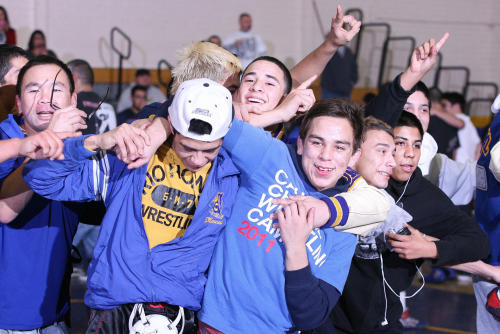 WHITTIER – With sole possession of the Del Rio League’s first-place spot at stake on Monday, El Rancho High School’s boys soccer team showed why it was ranked No. 1 in the latest CIF-Southern Section Division 3 poll.

Jaime Moreno and Miguel Vilchis also scored for the Dons (18-1-1 overall, 5-0-1 league), who strengthened their hold on first place in the league standings.

“Our kids played well,” El Rancho coach Dominic Picon said. “It’s nice to have a full squad back. It was the first time we played with our main people back since Christmas. Cristian Roldan did a great job stretching their defense.

“We’ve had an up and down season. I know it’s weird to say that with the record we have. We’ve had some inconsistent performances. We fought through the cold and wind (during Monday’s game). All things considered, our kids gave a pretty gritty performance.”

With the regular season winding down, the Condors hope to finish strong.

“We know it’s getting back to the drawing board and focusing on finishing these last four league games,” California coach Shawn Watts said. “We need to keep our heads up and bounce back.”

The St. Paul High School girls basketball team is off to a strong start in the Camino Real League.

The Swordsmen (12-11 overall, 4-1 league), who are ranked No. 1 in the latest CIF-Southern Section Division 4A poll, are coming off a 39-24 victory Thursday over Cantwell Sacred Heart.

St. Paul, however, will face a major test today when it visits St. Monica (18-5, 4-1) at 7 p.m. The winner takes over sole possession of first place in the league standings.

It’s the season’s second meeting between the schools. The Swordsmen won the first one against the Mariners, 53-43, on Jan. 10. St. Monica is ranked No. 3 in Division 4A.

Cantwell Sacred Heart (14-7, 3-2), ranked No. 5 in Division 4A, also remains in contention for the Camino Real League girls basketball title.

After falling to St. Paul on Thursday, Cantwell sits one game behind the Swordsmen and St. Monica with three league games remaining in the regular season.

The Cardinals will seek to regroup today at home at 7 p.m. against Mary Star of the Sea.

Cantwell then will visit St. Monica on Feb. 5 before closing its regular season Feb. 7 against St. Joseph.