By Stephen Ramirez
CARLSBAD >> The best season in the history of the La Serna High School boys volleyball team will not include a CIF State Southern California Regional championship.
But the Lancers died hard Thursday, nearly rallying from two sets down to push No. 2 Sage Creek to five sets before succumbing 25-18, 25-13, 16-25, 24-26, 15-12 in a Division 3 semifinal at Sage Creek.
Christian Janke and Ryan Yates had 21 and 11 kills, respectively for the host Bobcats (30-11), who will face No. 1 Kennedy for the regional title at 1 p.m. on Saturday at Edison High in Huntington Beach.
Geoffrey Mike had 10 kills and Matthew Aldama nine for the No. 3 Lancers (30-4), who were in the state playoffs for the first time after winning their first CIF Southern Section title last week.
La Serna leaves the San Diego area with disappointment, but no regrets.
“I told (the team) they should be very proud,” La Serna coach Monique Gayton said. “Of course, we wanted to be state champs, but undefeated (Del Rio) League champs, CIF champs, state semifinalist … that’s an outstanding year.
“This was arguably the biggest (match) they’ll play in their careers. They did a pretty good job. I’m definitely proud of them.”
The Lancers looked dead after losing the first two sets, but found life early in the third set to pull even at 2 sets each. But they were unable to make enough plays to keep up with Sage Creek, which scored three of four points, including two kills by Janke, to lead 11-8 in the fifth set.
La Serna got within 14-12 on a mis-hit and long serve before Sage Creek won the next point on a mis-hit to advance.
“We tend to get really nervous with a big crowd,” Gayton said. “It was just a lack of focus (early). It was a great match and I love the way we came back. We didn’t travel this far to just go three (sets).
“They stuck together and that’s why we played better in the third set, because we all decided to stay on the same page. We did that for three games strong and it only came down to three points.”
La Serna, after dropping the first two sets, got back into the match by scoring five of seven points during the middle of the third set to lead 20-14. The Lancers then closed the set with four consecutive points, winning it on an Aldama kill.
They jumped out to a five-point lead early in the fourth set before Sage Creek rallied to tie it at 24. But the Lancers won the final two points — a kill by Nicholas Sanford and a net violation — to force the fifth set.
But Sage Creek made the plays to advance.
“A good majority of the time, we were able to run what we wanted to to put a kill down on the other side,” Gayton said. “But had too many missed serves in the fourth game and in the fifth game.” 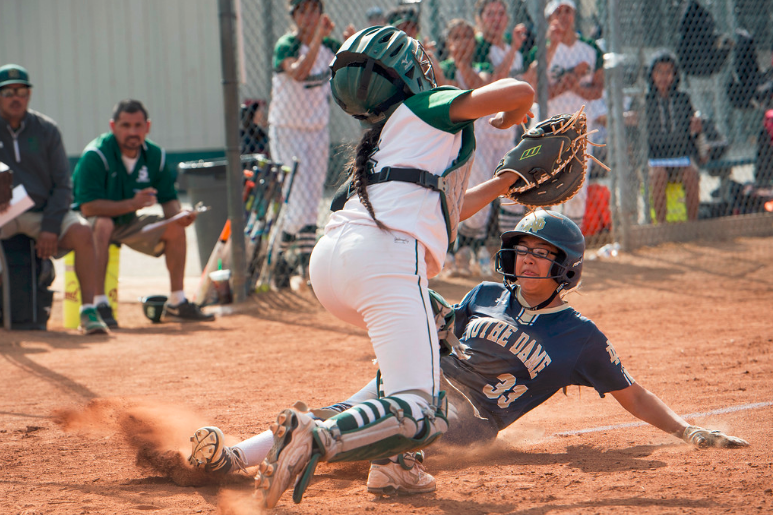 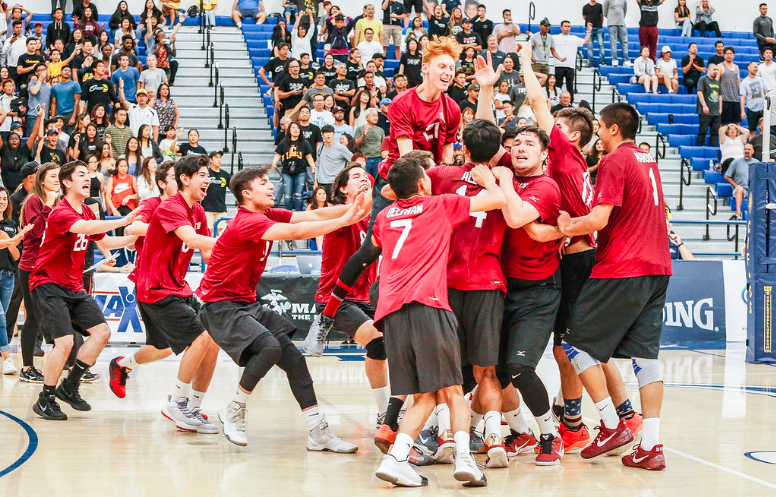 CIF State Boys Volleyball
SoCal Regional playoffs
What does the La Serna High School boys volleyball team do for an encore?
The Lancers, fresh off winning the school’s first CIF Southern Section boys volleyball title by defeating Cerritos in four games for the Division 5 crown on Saturday at Cerritos College, now goes for a CIF State Southern California Regional crown when they host Hoover of San Diego in a Division III first-round game on Tuesday at 7 p.m.
“(The CIF-SS title) is the sweet dessert,” La Serna coach Monique Gayton said. “The state playoffs are the cherry on top. We’ll go out and see how good we are to compete in state.”
The Lancers (29-3), the No. 3 seed, are led by seniors Brian Marquez and Geoffrey Mike, who had 18 and 11 kills, respectively in a 25-21, 26-24, 20-25, 25-23 victory over the Dons on Saturday.
Hoover (24-7), which won the San Diego Section Division III title and is the No. 6 seed, is led by Michael Cozy, who averages 11 kills a match.
The winner faces the winner of No. 2 Sage Creek (28-11) of Carlsbad and No. 7 Kennedy (8-23) of Granada Hills in the semifinals on Thursday. The finals are scheduled for Saturday at 1 p.m. at Edison High in Huntington Beach.