LA HABRA – It has long been said that timely hitting is an essential part of successful baseball.

McGee’s hit capped a successful comeback by the Heralds, who overcame a 2-0 deficit after the fifth inning.

“Any Olympic League win is a big win,” Heralds coach Brent Lavoie said. “We won at a time when we needed one. We’ve been playing nothing but close games in league. It usually comes down to one play or one pitch to decide the outcome.

“We did a good job of wanting to be the guy in the clutch position. It’s exciting to come out with a win.”

Whittier Christian started its rally in the bottom of the sixth inning. Sophomore catcher Cooper Hughes led off with an infield single, and after two consecutive groundouts advanced Hughes to third, sophomore second baseman/pitcher Mike Rubio extended the inning by drawing a walk.

Junior utility player Joseph Cobian then delivered a run-scoring single to make it 2-1.

That set the stage for McGee, who singled in two runs to make it 3-2.

“I was just hushing the butterflies and using them to my advantage,” McGee said of his clutch hit. “It felt great. I knew we were going to win. I just felt it.”

Heritage Christian took a 2-0 lead in the fifth. Clark started off the rally by reaching first base on a Whittier Christian error. He then advanced to third base on back-to-back groundouts.

Then senior shortstop Tanner Marcoe gave the Warriors a 1-0 lead with an infield single.

Hasse then helped his own cause by delivering a run-scoring double to right. Rafter, however, got out of the inning by retiring Eric Gordon on a grounder to first.

Whittier Christian will have a bye next week in league play. The Heralds’ next league game is scheduled for April 30 against Valley Christian.

“It was a big win,” Lavoie said. “It sets us up nicely for a firework finish in league. We get to rest up and then make a final push.” 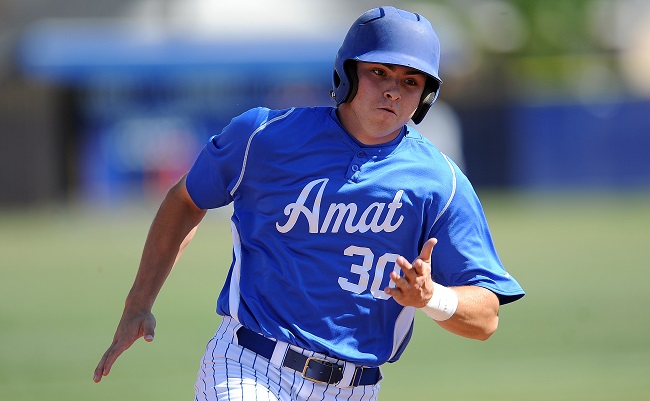 LA PUENTE – The mark of a good baseball team is to win when it’s not at its best.

Bishop Amat High School proved that adage Friday by getting an RBI single with with one out in the seventh inning for a 3-2 victory over visiting St. Paul in a Del Rey League game.

The Lancers, who overcame four errors and four walks from three pitchers to beat the Swordsmen for the second time this week, improved to 9-10 overall and 2-2 in league. St. Paul, which had tied it at 2-2 on a throwing error in the sixth, slipped to 15-9 and 2-2.

“Good teams find a way to access damage control,” Bishop Amat coach Andy Nieto said. “That’s what it was. We got ourselves in difficult situations.

“In those innings, it was one hit away from opening it up. We gave up one each time. I’m proud of these guys because that takes tough guys in that situation to put the frustration of the error behind them and get the focus on the next out, which is what we did. That’s a good sign.”

It also left the door open for Amat to get the win, and Adam Alcantara didn’t let that opportunity go to waste.

It was set up after pinch-hitters Andrew Dela Cruz and Luis Moya and Scott Hurst walked to load the bases with one out. Alcantara then grounded a 3-2 pitch from reliever Aaron Pinto through the drawn-in infield into center field to win it.

“With the bases loaded and only one out, you’re basically looking for a pitch to drive, up the gap, up the middle,” Alcantara said. “I was also looking to get it in the air and get a sacrifice fly, too.

St. Paul, which was held to three hits, had rallied to tie it at 2-2 by scoring a run in the fourth and sixth innings, each time taking advantage of a Bishop Amat miscue.

Gabriel Esquer led off the fourth with a walk, then advanced to third on a throwing error on a sacrifice bunt attempt. He scored on a safety squeeze by Zack Ramsay.

Esquer walked to lead off the sixth. He advanced to second on a sacrifice and scored with two outs following a throwing error on a dropped third strike.

“Big guys make big plays. When there’s runners out there, that’s when you have to get the hit, not when there’s nobody on base and there’s two outs. When you go 1 for 3 then, that doesn’t mean anything.

“I want the guy who goes 1 for 5 that scores two runs. That’s the thing we’ve had real trouble doing. Once again today, it was missed opportunities, so until we do that we’re not going to be able to finish people off.” 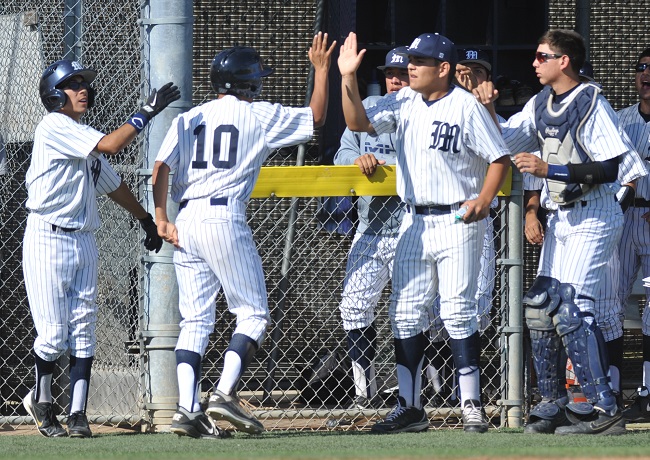 Here is the Whittier-area prep baseball schedule for Friday, April 19: 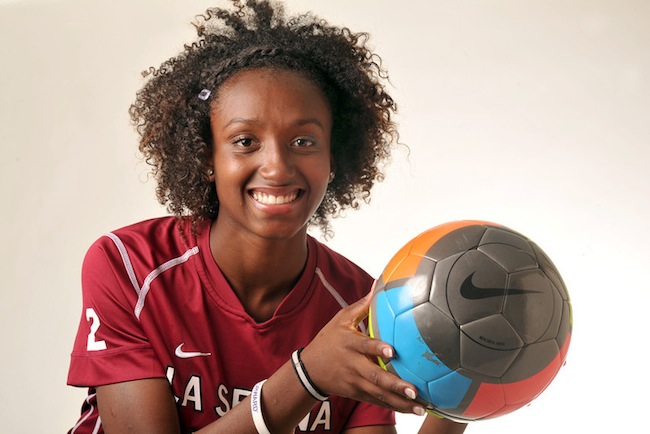