Could under the radar Chivas USA quietly put together a surprising final season before MLS sells the club off to the highest bidder with a veteran league executive joining a seasoned MLS coach and the club gradually getting rid of the influx of sub-par players seen in recent seasons with seldom-used young Peruvian midfielder Carlo Chueca being shown the door today. 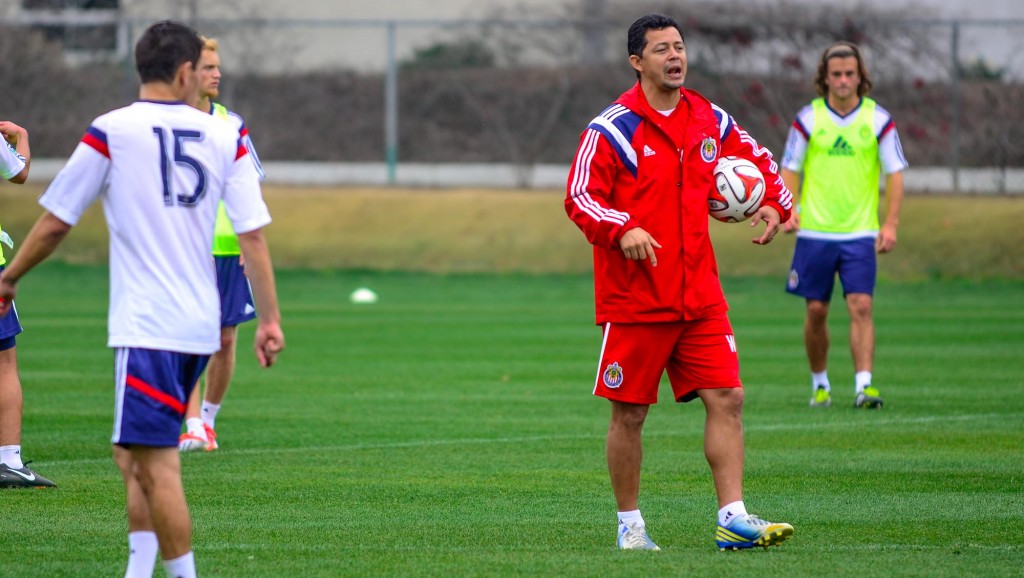 Chivas USA is embarking on one final MLS season before dissolving even as new coach Wilmer Cabrera, above, has the team firmly set on course for a solid pre-season.

What will it take for Chivas USA’s successor to win over fans? Read today’s column here.

*Chivas USA today finally confirmed the signing today of English forward Luke Moore, a player that judging by the above video is not accorded universal respect from some fans of his previous clubs, to put it mildly.
Chivas USA rescued the former West Bromwich Albion and Swansea City forward from exile in Turkey with Sanica Boru Elazığspor, where his career had stalled apparently much like his finishing touch in front of goal.

“Moore is a very talented player who has proven his scoring ability at the international level by playing in one of the biggest leagues in the world,” said Chivas USA coach Wilmer Cabrera. “He’s going to be a very important addition to our team in terms of competition, depth, and possibilities up front to create scoring opportunities and goals.”

*Robbie Keane has been rehabbing his Achilles since offseason surgery, but showed he’s not far off the pace anyway with this prescient strike in the Galaxy’s comfortable 3-0 win over the Galaxy II Saturday in Carson:

“Robbie Keane needs to work hard in the next couple of weeks to be ready and he is getting there. He did a good job tonight. The first goal was unbelievable. I don’t know how he quite saw that, it was ridiculous. That’s why we are paying him the big bucks.”

*Don’t look now, but the downtrodden Goats are unbeaten in preseason and capable of a gutsy three-goal spurt while trailing by two in the kind of come from behind win that instills belief, even in preseason:

*Finally, former Chivas USA coach Bob Bradley and a couple of other players you may have heard from were inducted into the U.S. Soccer Hall of Fame as the 2014 inductees:

— Major League Soccer (@MLS) February 21, 2014
*The Galaxy also signed Mexican native Raul Mendiola, 19, whose hometown is listed as Torrance on the Galaxy website. More on both players here.
*Chivas USA have reportedly come to terms with English striker Luke Moore. At age 28 he’s in the prime of his career; problem is, that career has stalled as his goals have dried up.
*Meanwhile, UCLA is touting its men’s recruiting class as the nation’s best for the second year in a row.

And that, in a nutshell, is what MLS announced today and Commissioner Don Garber expanded on in a conference call with reporters this afternoon.

The Chivas USA experiment is mercifully over and few local soccer fans will weep at the club’s demise.

The search for local owners is on, but Garber said neither David Beckham nor Arsenal owner Stan Kroenke, who recently bought land in Inglewood for a rumored NFL stadium, will be involved.

MLS beat reporter Phil Collin will have more later (as will I), but for now here are a few key Garber quotes from the teleconference.

On whether it was an issue with the market in Southern California or the suburban South Bay:

“We absolutely believe Los Angeles and Southern California can support two (MLS) teams,” he said. “I don’t think it is a market issue at all, it was an execution issue. We’ve learned a lot.”

On how quickly MLS hopes to find new owners for the club:

“This is a heavy lift. We bought this team at market price. We didn’t assume it. We had to convince the Vergaras to sell it to us as opposed to others,” he said. “Our goal is to get a new owner by the end of the year. I think that’s ambitious, but that’s our goal.

“There is no rush,” he added. “We want to get this right. You can only relaunch (a club) once. And we’ve got to get it right the second time around.”

On whether MLS was involved in trademarking Los Angeles FC and other potential team names recently or (now former) Chivas USA owner Jorge Vergara and his wife:

“My guess is they were thinking about whether they would rebrand,” he said. “It’s not really relevant to what were talking about here.” 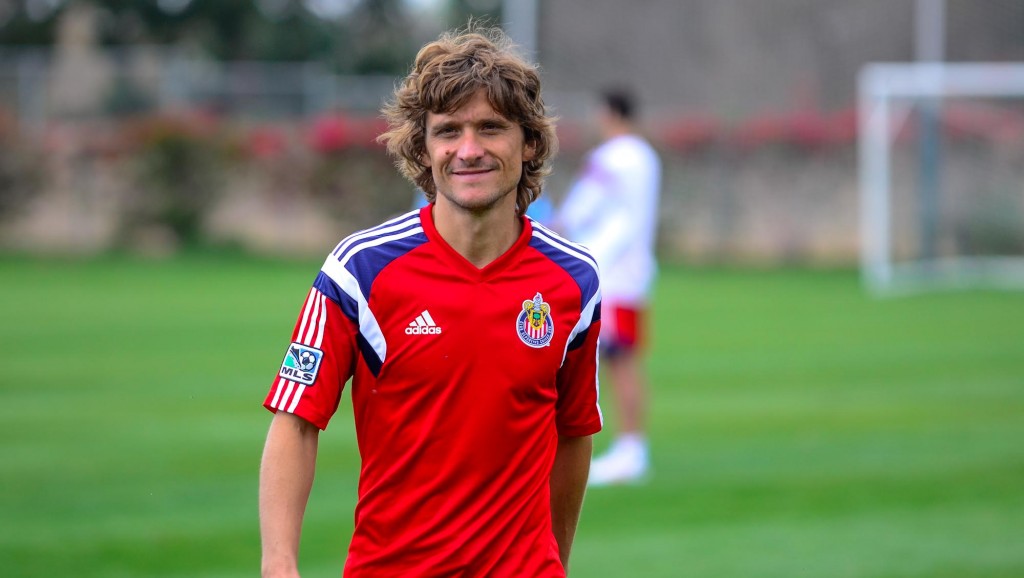 Guess he passed the trial.

Chivas USA trialist Agustin Pelletieri has latched on with the club on a permanent basis, as expected.

“Agustin is a very experienced and important player, who will be an asset to our team,” said Chivas USA Head Coach Wilmer Cabrera. “He has been a captain for a very important club in Argentina for the past four years so he brings leadership on and off the field, which is a very important aspect for us to try to get the results we need this season.”

“Technically, he is a very smart player who knows his position very well.  He is fantastic at reading the game, and has a very good idea of how to win, possess and distribute the ball.  He is a well-rounded player in all aspects.”

Meanwhile, Los Angeles-based soccer scribe Luis Bueno provides his thoughts on the re-branding of Chivas USA that increasingly looks a case of if, and not when, it’s going to happen.

Miss the Galaxy’s win over the San Jose Earthquakes in Fresno or Chivas USA’s triumph over the Colorado Rapids in Las Vegas over the long weekend?

Check out the Galaxy’s winning goal from Hawthorne’s Gyasi Zardes: 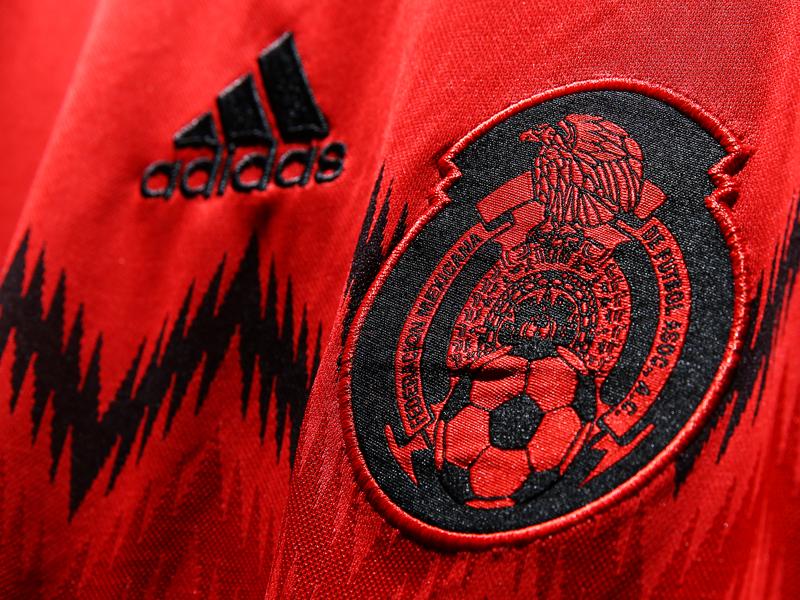 If you love futbol, it’s apt that the new Mexico away kit went on sale today.

Here’s more on the design from adidas:

The new away kit of the Mexican team stands out through an innovative combination of red and black, reinterpreting classic jerseys of the national team worn in previous World Cups. This color combination was first used in Uruguay 1930 through to Sweden 1958.

The color in the jersey pays homage to the passion, union and the combative spirit reflected in the red color of the Mexican flag. The shirt´s design is completed with black elements, around the v-neck, the borders of the sleeves and the traditional adidas three stripes, which provide elegance to the jersey’s design.

The crest is placed at the height of the heart featuring a dichromatic application. Below it, a black fretwork graphic is repeated subtlety in red tones down the front of the shirt.

The colors of the Mexican flag are present at the back of the jersey through the stripe located under the shoulders where the word “México” is framed in green, white and red. The rest of the kit is complemented by black shorts and red socks.

Buy it here (along with other adidas World Cup kits the company has released this week).

*The Galaxy are in Fresno this weekend taking on the San Jose Earthquakes Saturday. A preview is here.

And here’s a wrap of the Thursday exhibition mentioned in the above article that marked the first-ever game of the Galaxy II, the club’s new USL Pro affiliate.

The Galaxy also announced their 21-game Time Warner Cable television schedule today, but perhaps the biggest news is this:

.@JoeTutino is back in the #LAGalaxy TV booth in 2014! http://t.co/jMt7ONmrchpic.twitter.com/X7QbMd2Vz8

*Finally, Chivas USA is in action Sunday in Las Vegas.

The club also announced today that the club signed SuperDraft Second-Round pick Thomas McNamara.  He’s been in camp with the club all along.