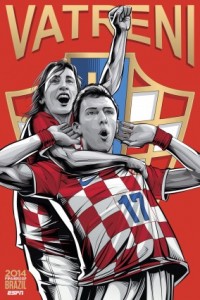 The Guardian profile is here.

Here’s a player by player look at the squad by Reuters. 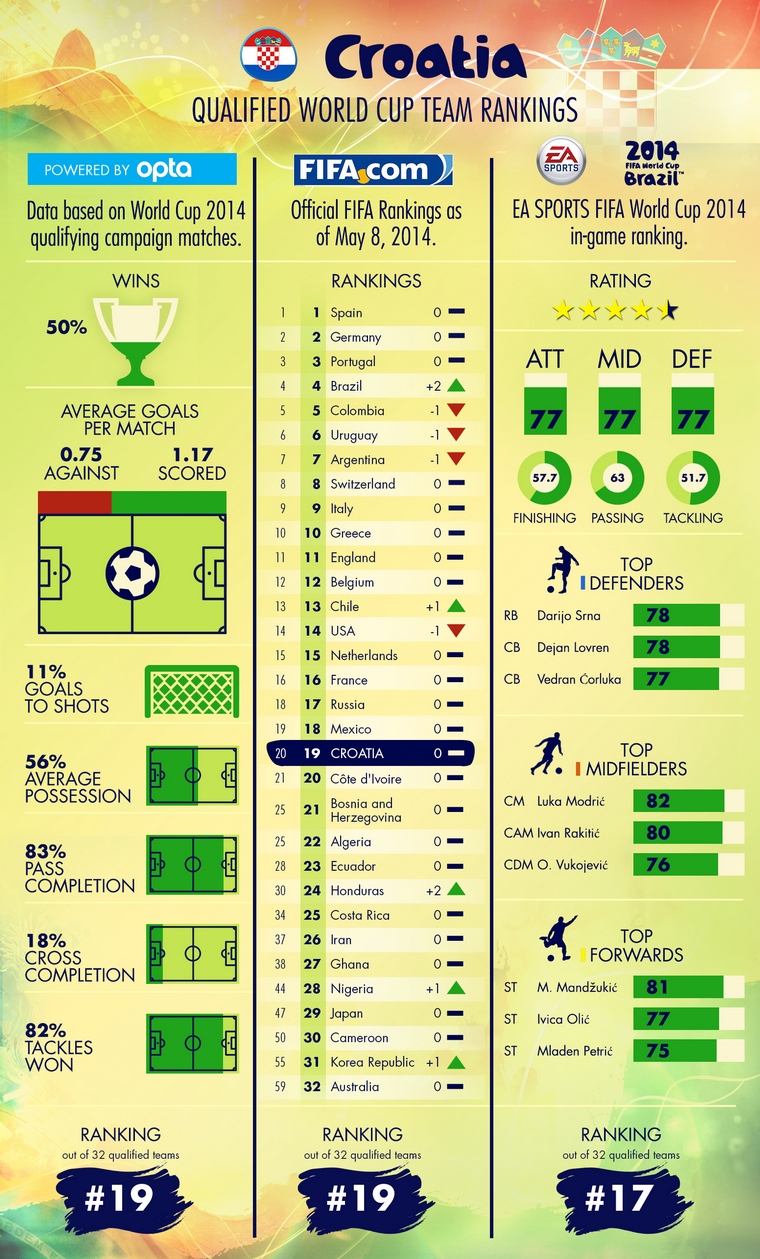 At least I’m guessing that’s the case given the two communities are the epicenters of the English and Croatian ex-pat communities respectively in Southern California after England ‘s 5-1 win over Croatia today that earned them a World Cup berth.

All is not lost for the Croats, however, and England can help by beating Ukraine next month.

The Galaxy’s David Beckham played the irrelevant final 10 minutes in this one.

Meanwhile, U.S. striker Jozy Altidore is getting amped for T&T. He just tweeted:

Walking into the locker room, its gametime baby. MUST get 3 points. Hit yall up after the game

In 2007 I watched at the Croatian Hall in San Pedro as England were knocked out of Euro 2008.

Two years ago, Croatia eliminated England from European Championship qualifying with a victory at Wembley.

On Wednesday night, the English can clinch their fourth straight World Cup berth by beating the Croats at the home of English soccer.

“We have put ourselves in a great position, and it’s up to us to finish the job,” England
captain John Terry said Tuesday. “The disappointment of not qualifying still hurts.”

European champion Spain could clinch a berth Wednesday along with Denmark, Serbia and Slovakia.

In South America, Chile and Paraguay could guarantee places in the 32-nation field
at South Africa next year.

The United States would put itself in commanding position for a sixth straight World Cup
appearance with a victory at Trinidad and Tobago.

Others are struggling, such as Argentina, France and Portugal.

“At the end of the day, this match in Belgrade is not decisive,” France coach Raymond Domenech said before his team’s game in Serbia. “We can win, lose or draw, it will not change radically the remainder of the competition. We will still have two more games to play, so we have a chance.”

The nine European group winners qualify, and eight of the nine second-place teams go to playoffs. Serbia (6-1) is four points ahead of France (4-1-2) in Group Seven.

Heading into its match at Paraguay, Argentina (6-5-4) is fourth in South America, trailing
Brazil (8-1-6), and Chile and Paraguay (each 8-4-3). Right behind at 5-5-5 at Colombia and Ecuador, putting tremendous pressure on Argentina coach Diego Maradona.

The top four teams qualify, and the No. 5 nation meets the No. 4 team from North and Central America and the Caribbean in a playoff.

“We’ve got to lift our heads quickly,” Argentina midfielder Javier Zanetti said. “Football
doesn’t give you much time.”

England (7-0) can relax going into its match against Croatia (5-1-2). Credit for the
turnaround has been given to England coach Fabio Capello.

“What Fabio Capello has brought into squad and the nation is belief,” Galaxy
midfielder David Beckham said.

Spain (7-0) hosts Estonia and would clinch with a victory combined with Bosnia-Herzegovina (5-2) failing to win at home against Turkey (3-2-2).

Spain coach Vicente del Bosque said following Saturday’s 5-0 rout of Belgium that a 2-0 loss to the United States in the Confederations Cup last June helped his team. The Americans stopped Spain’s winning streak at a record 15 matches and its unbeaten run at 35 games, which had tied Brazil’s mark.

“We’re doing important things and breaking records, but every national team has its moment — I don’t like to say we’re the best,” Spanish forward Fernando Torres said. “Let’s just hope that our best is yet to come.”

“We’re sad. We know we can do better,” Portugal’s Cristiano Ronaldo, the reigning FIFA World Player of the Year, said following last weekend’s 1-1 tie at Denmark.

Defending champion Italy (5-0-2) could open a four-point lead with a victory at home against Bulgaria. The Azzurri needed two own-goals from Kakha Kaladze for a 2-0 victory at Georgia last weekend.

“I would like to be the one to break the drought,” Italian forward Alberto Gilardino said.

Germany (6-0-1) holds a one-point lead over Russia (6-1) going into a home match against Azerbaijan. The Russians host the Germans on Oct. 10.

“Everyone is already speaking about the game in Russia, but Wednesday’s game is very important,” German midfielder Thomas Hitzlsperger said. “We have to get three points, otherwise we need not even talk about the Russia game.”

In Africa, Cameroon (1-1-1) can take over its group lead with a victory at home against Gabon (2-1), a team it defeated on the road last weekend.

In Asia, Saudi Arabia is at home following a 0-0 tie against Bahrain in the opener of a two-leg, total-goals playoff for the right to meet New Zealand in another playoff.

Mexico hosts Honduras, while Costa Rica is at El Salvador.

San Pedro native Peter Hazdovac, 22, who I first blogged about here is continuing to make his mark on the Croatian Regional Third Division.

Here’s the latest message I received from him today on Facebook:

We had a game today verses Zagora, a third division team who are actually in the final eight of the Croatian Cup (their next game is verses Dinamo Zagreb and in the last two rounds they knocked out division one team NK Osijek and division two first-place team Karlovac). They haven’t lost a home game in 23 games.

Anyway to the game: we go down 1-0 in the first half after they scored a header on a cross. They had us on the ropes in the first half. It was a six-hour bus ride for us and we really came out flat!

Second half the tide changed and we took control.

In the 90th minute we hit a long ball into the box, the other forward chests it downs but slips and from the ground pushes the ball to me and I rip it inside the near post from about eight yards.

We went nuts. My jersey was off in one second (I got a yellow card) and was mobbed by the entire coaching staff and team.

What a freakin’ feeling.

They took the kick off and the ref blew the whistle!

Huge point for our team. We still remain tied for first place.

And unless I missed a game or a goal somewhere that’s six goals for Peter in nine games. And five goals in the last three.

Four more games until the winter break in Croatia.