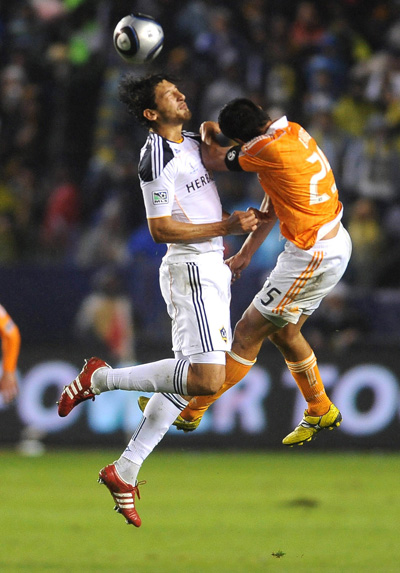 Galaxy defender Omar Gonzalez, seen here fighting for the ball with Houston striker Brian Ching in last year’s MLS Cup in Carson, has been the key to the Galaxy’s success this season.

Staff Writer Phil Collin has the story of the influential Gonzalez and his recovery from a serious injury to lead the Galaxy’s charge to a second successive MLS championship.

The Houston Dynamo are intent upon keeping preparations for MLS Cup Saturday against the Galaxy at Home Depot Center as much like a regular season league game as possible.

They flew into LAX late Thursday afternoon, an arrival time not dissimilar to any other game in Carson.

They are staying at the same Torrance hotel all MLS teams customarily do.

And their practice schedule this week has been nothing out of the ordinary either.

“We’re just trying to keep it as normal as possible,” said Houston coach Dominc Kinnear in a media availability at the hotel minutes after stepping off their flight that attracted only a handful of reporters.

Also normal: playing the Galaxy tough in an effort to throw the likes of Robbie Keane and Landon Donovan off their game. Kinnear is mindful not to let the on form Keane run at will at the Dynamo back line as he did, for instance, against Seattle.

“You have to play these guys physical. … They can mesmerize you with their movement and their touches,” Kinnear said. “You can’t be nice out there with these guys.  I’m not saying go out there and boot them. But you have to make sure what they do is met with pressure and they don’t get free runs in.”

Kinnear is not known for throwing inflammatory quotes around and he’s not exhorting his team to take revenge for last year’s 1-0 loss:

“We just want to win the game, that’s all. Everybody knows what happened last year. … There’s no revenge here. If we win we don’t get the cup from 2011; it’s theirs. Our main objective is to try to win the game and win MLS Cup 2012.

“Last year, I don’t think we played well. So there was nothing in the game that was out of our control. They beat us. We lost the game. We worked ever so hard to get back here. There’s a lot of coincidences: same stadium, same opponent, but that’s about as far as it goes. If we’re so focused on revenge then you kind of lose focus on what we want to do and that’s to win the game.

“They’re a better team than they were last year and I think we are, too.” 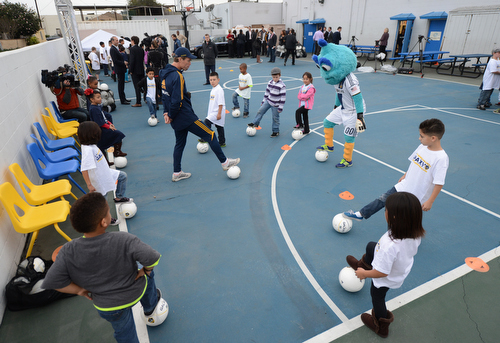 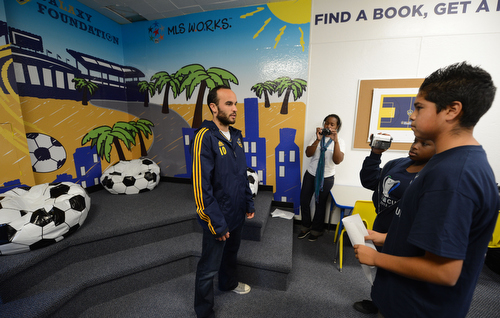 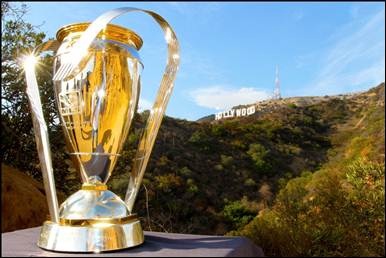 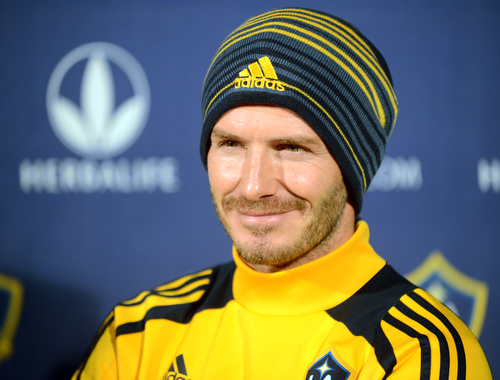 Yours truly has the opinion piece on the front page of the sports section.

So you think the Houston Dynamo were all “OK, Galaxy we’re going to rip you to shreds in front of your home fans as revenge for what you did to us last year in what we promise will be non-stop attacking soccer?”

Uh, no, because that would actually be interesting. Check out this combination of self-serving propaganda, milquetoast observations and other platitudes.

Let’s hope things pick up as the week progresses:

The countdown to Saturday’s MLS Cup at Home Depot Center between the Galaxy and Houston Dynamo began this afternoon with the announcement of the MLS Best XI by Commissioner Don Garber during his annual State of the League address.

Galaxy midfielder Landon Donovan and club leading scorer Robbie Keane were named to the team during an address by garber that dwelled on the familiar isues of MLS expansion and David Beckham’s legacy, which not so coincidentally is the subject of my regularly scheduled weekly column Tuesday.

Act fast if you want to see MLS Cup 2012, the last time you will see David Beckham in a Galaxy jersey in Southern California (there will be some exhibition games on a post-season tour overseas). 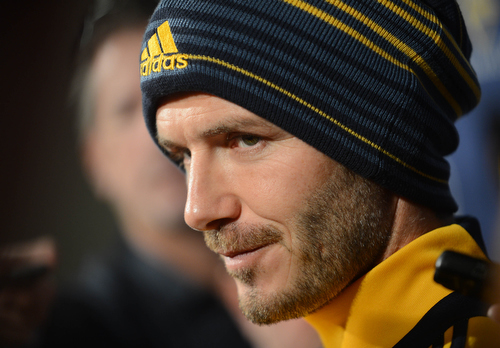 David Beckham is leaving the Galaxy — now he has to figure out where he’s going..

“I still feel I have something left in me as a player,” he said today at a press conference at Home Depot Center. “I still feel as if I have one more challenge in me as a player. Even at 37-years-old I feel I can play at a high level. Where that will be I haven’t decided. There’s some exciting opportunities on the table. Right now my focus is on the (MLS Cup) final, then we have a (post-season) tour to deal with, then it’s Christmas, which we always spend in London. So I’ll be there and make the decision then.”

Beckham, who stressed the decision was his alone, ruled out staying in MLS to play, as well as managing or coaching, but he remains interested in buying an MLS franchise (something written into his contract when he came to MLS) — maybe even the Galaxy.

The Beckham family must also decide where they will live, wherever he plays. 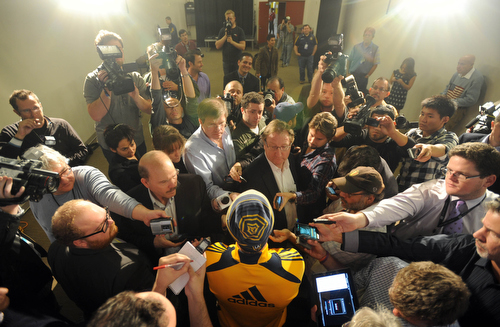 I asked Beckham what he thinks his relationship is with Galaxy fans now compared with the dark days of Achilles tendon injuries (caused by playing too much soccer, as he later admitted) and off season loans to Italy.

“Hopefully better,” he said with a chuckles. “Every time I’ve been asked about the loan part I’ve always tried to explain it.

“I’ve shown my commitment to the fans and hopefully they see that,” I just want people to have enjoyed watching me play here and work here.”