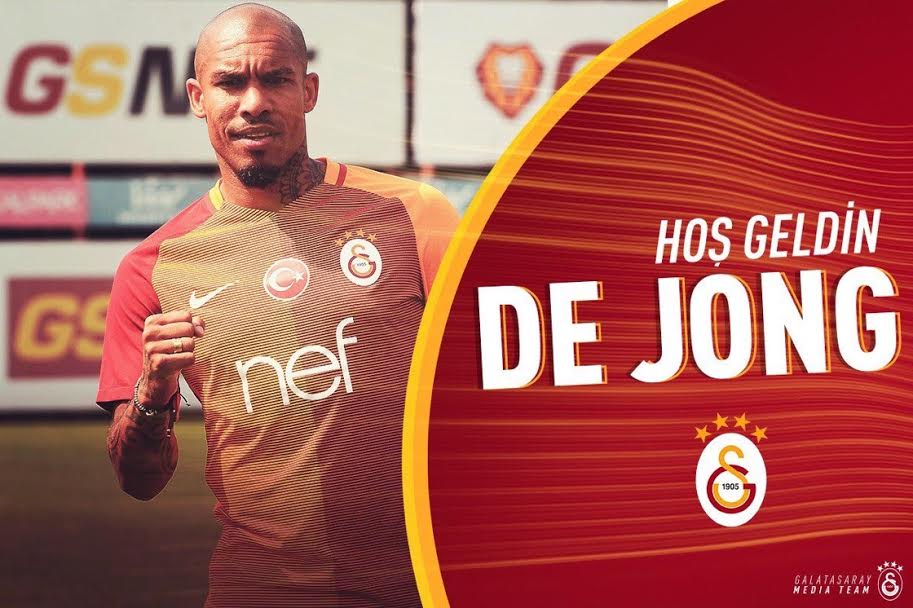 And if you’ve got more to say, feel free to leave a comment

Bonus coverage: A man and his Mohawk.

Will it be Benny and the Goats? (AP Photo).

The big news this morning for Chivas USA fans is that cultured U.S. midfielder Benny Feilhaber has returned from Europe to join MLS – and the club gets first crack at him.

So what should the Goats do?

Is Feilhaber the sort of quality midfielder Chivas USA can build a team around?

Or should Chivas USA take a pass on the OC native to maintain their spot at the top of the allocation order because they’re stacked at midfield and need a top-quaity striker more?

Or should Chivas USA take the talented player and then dangle him as trade bait?

As for today’s game:

‘Caps claps: Vancouver is hoping its fans can turn their stadium into a Whitecaps cauldron and play their part in cheering them onto victory today (AP Photo).

We had to ask.

By the way, couldn’t resist:

And also here’s who to blame/thank for the thing:

CAPE TOWN, South Africa (AP) — If only defender Neil Van Schalkwyk had not scored a tying goal for the Santos Cape Town youth team against Battswood 15 years ago, the whole noisy brouhaha over vuvuzelas might never have come to dominate the World Cup.

Amid the crowd’s celebrations that day, Van Schalkwyk saw a long, homemade, tin
trump et being blown — and an idea was born.

“That is the moment that stuck,” said Van Schalkwyk, who is credited as the inventor of the instrument that is loved by South Africans but has drawn a deluge of complaints from TV viewers around the world.

Working in a plastics factory, Van Schalkwyk figured there had to be some way to produce a horn with a similarly blaring sound.

“I lost a lot of sleep,” the 37-year old Van Schalkwyk said. “Now, my apologies to those who are visiting that they are losing a bit of sleep,” from vuvuzelas, which can be heard deep in the Cape Town nights. Some are even sold with earplugs included.

“It was, ‘Wow, this is the ultimate achievement,'” he said.

It was only a beginning.

He could not trademark the horn itself, “because a trumpet is a trumpet and has been around for centuries,” he said. So his company, Masincedane Sport, trademark protected the name “vuvuzela” instead. He defines the term as “to sprinkle you, to shower you with noise.”

Now Russians are knocking on the company’s door, as are Brazilians, for cooperation deals to get the authentic vuvuzelas there, too. Brazil will host the 2014 World Cup.

“It happened in the past few days,” he said. “It looks like the vuvuzela is going to Russia.”

Through the German company Urbas-Kehrberg, Van Schalkwyk already gets a percentage on European Union sales.

The craze is global. A vuvuzela was confiscated at Yankee Stadium in New York this week. In Britain, grocery store chain Sainsbury’s said it had sold 43,000 vuvuzelas at a cost of 2 pounds each — at a rate of one every two minutes.

Of course, far from everyone is a fan.

In France, they dislike the beehive din so much that a cable TV channel offers vuvuzela-free broadcasts for all World Cup matches, with the trump

Players have been criticizing the noise because they cannot take advice from the bench, and visiting fans have no chance for community singing amid the noise.

FIFA President Sepp Blatter has been leading the defense, though, much to Van Schalkwyk’s pleasure, calling it essentially African and refusing to ban it.

“We got 11 different languages (in South Africa) and certain songs are not understood by everyone,” Van Schalkwyk said. “There is one language they do understand and it is the vuvuzela.”

Even Nobel Peace Prize winner Archbishop Desmond Tutu has come out in defense of the sound that’sbeen ubiquitous at this World Cup.

“It is amazing to see how it has transcended all levels of society,” Van Schalkwyk said. “I mean, that Archbishop Desmond Tutu can actually come out and defend it, considering all the criticism. Out of respect for the way that we celebrate football, people should also take that into consideration.”

In the meantime, his company is putting 100 people to work during the World Cup.

With souvenir vuvuzelas selling for as little as $5, tens of thousands of fans are expected to return home from South Africa with a couple in their luggage. Van Schalkwyk thinks about a quarter of the estimated 2 million horns in the country are certified vuvuzelas.

He dismisses the players’ complaints about the noise, saying that after Spain exited last years Confederations Cup, where the world at large first got to know the vuvuzelas, the players still took many home in their luggage.

“After Argentina’s performance,” he said, “Lionel Messi will not be complaining about the vuvuzela bothering him.”

Thanks for voting – and reading. Expect light posting the rest of the week while 100 Percent Soccer takes a midwinter nap.

And don’t forget to take the Goalkeeper of the Year poll.

Here’s the full list as released today by MLS:

MLS begins handing out awards Wednesday when the Goalkeeper of the Year and Fair Play Award (Individual & Team) are named.

Not much to quibble about there. Any notable omissions? Surprise contenders? But if Dallas had made the playoffs, Cunningham would have had a strong case for MVP. And did Olsen really “come back?”

The first one is a toughie and has an obvious local angle.

(With apologies to Mr. Thornton for misspelling his surname in the poll).

Which reminds me – have you cast your vote yet for the Honda Player of the Year poll? Do it here.

And yeah, I know it’s a mouthful.

More information – and the poll – is here.

I’ll pull the plug on this and declare a winner at noon Thursday, although it doesn’t appear there’s much doubt who it will be.

Thanks to all who took the time to vote.