Confirming the pre-Christmas rumors, the Galaxy today signed 39-year-old former Chelsea veteran Carlos Cudicini from Tottenham Hotspur, where the 39-year-old was apparently edged out by the likes of the even older Brad Friedel (among others).

“We are delighted to be able to add Carlo Cudicini to our roster,” Galaxy head coach and general manager Bruce Arena said. “Carlo is an experienced and accomplished goalkeeper who we believe will be a great addition to our team and our defensive unit.”

Slightly curious move for a club habitually close to the salary cap, but you got the feeling the club can’t fully rely upon Josh Saunders (perhaps for more than one reason).

Cudicini hasn’t played a league game for Spurs in over a year and has played sparingly in recent years. Could he handle a full MLS season?

Notable: The two-time EPL champion with Chelsea was the club’s 2002 Player of the Year

Let’s hope the Galaxy have written into his contract that motorcycle riding is banned; he missed most of the 2009-2010 season after falling off his bike.

He still has to pass a medical for the Galaxy. 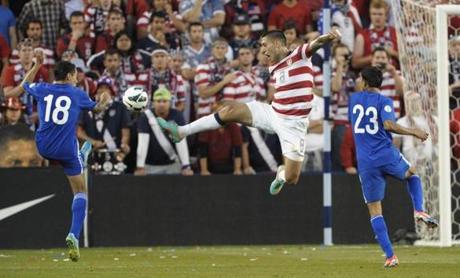 Clint Dempsey’s attacking skills petrified defenders in 2012 as the American had his finest year yet — and with the World Cup looming is the best yet to come? (Associated Press file photo).

Read more here and I’ll return in 2013 with World Cup qualifying, the earliest start to an MLS season ever, new eras for the Galaxy and Chivas USA and much more in what’s already shaping up to be a busy and compelling year. 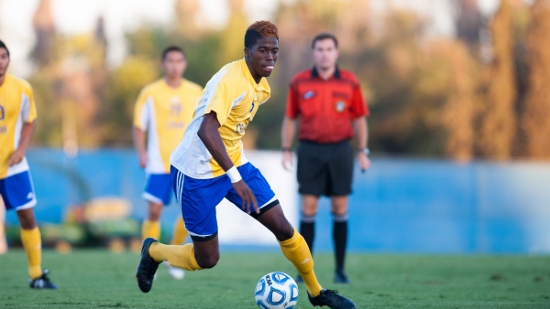 Leuzinger High School star Gyasi Zardes, 21, of Hawthorne,  one of the nation’s most prolific college scorers over the last two years, has signed a professional contract with his hometown MLS club, the Galaxy announced today.

A proud Zardes, who scored 33 goals in 37 games for Cal State Bakersfield over the last three years, grew up 10 minutes from Home Depot Center and watched games there frequently, he told reporters on a teleconference call this morning.

“It’s exciting to be a part of the Galaxy family,” he said. “It’s the number one club in my eyes. I’ve always wanted to play in front of my family members.”

Zardes played for the Galaxy at U-18 and U-20 levels and spent last summer with the PDL Ventura County Fusion  where he played against the likes of Manchester City and West Bromwich Albion.

“Gyasi has been one of the most exciting prospects in our Academy for a number of years and was one of the best players in college soccer over the past few years so we are excited to finally be able to sign him as a Homegrown Player,” Galaxy Vice President Chris Klein said. “He has grown and improved immeasurably as a result of his experiences with our Academy and at Bakersfield and we look forward to having him make his Galaxy debut in 2013.”

He is the second South Bay player after Inglewood’s Jose Villarreal to sign with the Galaxy. He is the fifth local product to sign as a homegrown player with the Galaxy; the first was Van Nuys’ Tristan Bowen, now with Chivas USA. And he is the third South Bay Force player, following in the wake of Villarreal and, most recently, Oscar Sorto, to turn pro with the club.

“South Bay Force has been building for many years here locally in youth club soccer to realize this moment,” said Technical Director Todd Saldana. “It is our golden era of player development having the three players signed by the LA Galaxy in recent times.”

Born to Brazilian parents, Zardes grew up watching, admiring and emulating the likes of Thierry Henry, Cristiano Ronaldo and Robinho, “cut throat” strikers he said he hopes to follow in the footsteps of. And now his pro future is secured after three years in college, where he is just two classes away from a degree in criminal justice.

From the Galaxy: Zardes burst onto the scene as a sophomore in 2011, scoring 18 times in 20 games while helping lead Bakersfield to a berth in the NCAA Division I Tournament for the first time in school history. His 18 goals that season were the fourth most in Division I college soccer that year and he was selected the Mountain Pacific Sports Federation Player of the Year and a semifinalist for the MAC Hermann Trophy, which is awarded annually to the top player in college soccer.

In 2012, Zardes followed up his breakout season by scoring 15 goals and adding nine assists, each of which were team-highs, in 17 games, while helping the Roadrunners record a winning record for the fourth consecutive season. He had two or more goals in four of his 17 games, including seven goals in a two-game stretch in mid-October.

The 5 p.m. game against C.S. Herediano  just five days after the Galaxy open their MLS season in Carson against the Chicago Fire.

The return leg is scheduled for Wednesday, March 14.

The winner plays the victor of the quarterfinal series between two-time CONCACAF Champions League winners Monterrey and Guatemala’s Xelaju.

The full quarterfinal draw is here.

While Chivas USA open their 2013 campaign the day before in a March 2 contest against the Columbus Crew, MLS announced today

It’s the earliest start to an MLS season ever — and yes, that was the case this year, too, when the first games kicked off March 10.

But in an effort to minimize conflicts with World Cup qualifying and other international fixtures, MLS will start even earlier in 2013.

Kickoff times have yet to be announced for the opening nine games that weekend of the 34-game regular season season.

And yes, Galaxy tickets for next season are on sale, according to the club: Season ticket plans start at just $250 and include a ticket to all 17 of the club’s regular season games, as well as five bonus games and a number of exclusive benefits.

Tickets can also be purchased as part of a special holiday pack, which starts at just $64 and includes a ticket to the home opener, tickets to any two regular season games and a ticket to the home leg of the Galaxy’s CONCACAF Champions League Quarterfinal against Herediano of Costa Rica in March as well as a commemorative 2012 MLS Cup championship banner.

Meanwhile, are Galaxy fans ready for their close-up with the club’s back to back MLS trophies today at Home Depot Center?

There’s no column today, but I will return next week — Christmas Day — with a look back at the year’s events in soccer from a Southern California perspective.

There are days when soccer and sport are unimportant.

This was one of those days.

Staff Writer Phil Collin joined a Bruce Arena conference call this afternoon where he summarized the flurry of activity that included the salary cap loss of former top goalscorer Edson Buddle, whose effectiveness last season was limited by injury.

Here’s the scorecard of all today’s moves, which included Palos Verdes Peninsula product John Thorrington heading from Vancouver to D.C. United provided the player and club can agree to terms.

Chivas USA, you will notice, largely sat this one out, although veteran center back Danny Califfe is heading elsewhere, too..

Now, if you have them, go hug your kids.

That’s after a trade with Chivas USA, who continue to accumulate international roster spots in advance of their expected influx of Mexicans.

*A trio of Galaxy homegrown players — Jack McBean of Newport Beach, newly-signed Oscar Sorto of Los Angeles and Inglewood’s Jose Villarreal — were all named to the U.S. Under-20 National Team roster for a week-long training camp that begins Saturday in Florida.

In addition, Galaxy Academy defender Javan Torre, who plays at UCLA, was also named to the 19-man roster by head coach Tab Ramos.

From the South Bay Force, the club team Torre (and Villarreal and Sorto) played for: Torre, a native of Santa Monica, Calif., played in 12 matches for the Bruins in 2012, making five starts and helping the team earn six shutouts. 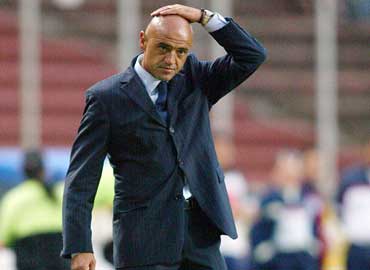 Chivas USA returned to its Mexican roots as expected today, banking on José Luis Sanchéz Solá, once revered at Puebla, to revitalize a lightly-supported club that has lost its way since joining Major League Soccer in 2003.

“We are going to try to implement a more appealing style of soccer for our fans, without forgetting that we are a team that plays in the United States. We will look to appeal to both cultures while obtaining positive results for the club. I feel that Chivas USA, at some point, lost that flavor and technique with the ball that is emphasized in Mexico and Latin-America; we must re-establish that part and combine it with the MLS’ style of play.”

The 53-year-old never played as a pro and three years after joining his hometown team of Puebla was appointed coach of its youth academy in 1995, rising through the ranks to become coach in 2006.

The second division club won promotion and Sola went on to lead them to the semifinals of the 2009 Clausura and quarterfinals of the 2009 Apertura 2009. In 2010, he led Puebla in the Interliga, Superliga and Bicentenario tournaments.

“The arrival of Jose Luis Sanchez Sola marks the beginning of our organization’s new journey,” said Chivas USA President and CBO Jose David. “The owners of the club, Jorge Vergara and Angelica Fuentes, continue working toward giving Chivas USA fans the experience and results needed to have a successful team in MLS. ‘El Chelis’ is a great motivator; he knows the culture of Chivas and will be an important piece in re-establishing the identity of the organization.”

Strange but true: You can argue Sola is the club’s first permanent Mexican head coach; Javier Ledesma was an an interim appointment, Martin Vasquez was regarded as Mexican-American.

What do you think? Will it make any difference to the club’s fortunes?