There's a team of destiny feel about the #LAGalaxy in @landondonovan final season. Undeniable. #MLSCup in #Carson @StubHubCenter next wknd.

Phil Collin has the game story.

“We knew before the game that we needed a goal,” said Galaxy striker Robbie Keane. “Them scoring two goals didn’t really change much to be honest. The only thing it did do is help us come out and attack a bit more. They were creating a hell of a lot of great chances. I think actually in a weird way them scoring two goals helped us.”

His career comes down to one game, next Sunday’s MLS Cup against New England at StubHub Center. Then on to retirement.
Donovan will be trying to win his sixth MLS Cup, the Galaxy will be trying to capture their fifth, which would set a league record.

In the latter part of the season, the Galaxy turned to Stefan Ishizaki more and more to take the Galaxy’s free kicks and corner kicks.
For the most part, the midfielder had been effective. But when the Galaxy earned a corner kick early in the second half Sunday in Seattle, captain Robbie Keane told Landon Donovan to return to his role as the team’s corner kick man.
Donovan produced.

“Stefan was struggling with it,” Donovan said. “He had some really good free kicks but he was struggling with his service from the corner. I just wanted to try to put it in a good position and we’ve been waiting for Juni all year to get one of those good strikes on target in a good spot and he made a great shot and a great goal.”

Donovan’s corner kick was headed in the direction of a natural target, the 6-foot-5 Omar Gonzalez, but Gonzalez wasn’t in position to head the ball. Instead, he clipped it to Juninho and the Brazilian midfielder sent a low shot just inside left post for the goal that sends the Galaxy into next Sunday’s MLS Cup at home against New England.
It was the first goal for Juninho since Sept. 21, 2013.

A clear day in Seattle greeted the Galaxy, who will face the Sounders this evening with a trip to the MLS Cup on the line. Game time temperature is forecast at 34 degrees, dropping to 32 about the time the game ends. All the snow that was on the field for the Galaxy’s practice Saturday has miraculously disappeared.
Also on the line? For the second time in three weeks, Landon Donovan faces the prospect of playing his last game before retirement.
The lineups will be out soon. It remains to be seen if the Galaxy’s Leonardo, Marcelo Sarvas or A.J. DeLaGarza will be involved. From Seattle’s standpoint, the word is Lamar Neagle and Osvaldo Alonso will return to the Sounders lineup after missing Game 1 last week.

The penultimate game of the MLS season is upon us — and potentially Landon Donovan’s last act as a pro before retiring should the Galaxy fail to knock off Seattle and book a home MLS Cup date date against the New England Revolution, victors Saturday over the New York Red Bulls.

Los Angeles News Group MLS beat writer Phil Collin is on the ground in Seattle and filed this game preview.

@NERevolution through to the @MLS Cup Final :: Who's joining from the West? @SoundersFC OR @LAGalaxy #MLSPlayoffs pic.twitter.com/3QZcjbZIMK

If the romantics out there (and MLS suits dreaming of relatively big ratings) wanted a Landon Donovan V. Thierry Henry MLS Cup, the revitalized New England Revolution and their collection of American stars that reflect a nation of immigrants begged to differ Saturday knocking off the highly paid stars from the Big Apple and awaiting the winner of Sunday’s Galaxy-Sounders Western Conference final.

It was apt that $3.6 million Aussie Tim Cahill, among the most highly paid MLS imports, should miss a sitter that had Henry shaking his head on the wing while German-American Jermaine Jones, Vietnamese-American Lee Nguyen (supposedly now on the radar of EPL clubs) and African-American Charlie Davies, five years removed from that crash that almost killed him and wrecked his national team career, all did exactly what they needed to do to reach MLS Cup.

Revs win! Charlie Davies scores twice to lift New England past NY and back to the MLS Cup final. pic.twitter.com/pHEyJrruPq

Now, will the Galaxy join them?

#LAGalaxy are about to train at CenturyLink Field but the surface is still covered in snow. Crew only now clearing. pic.twitter.com/BErTvJNdVg 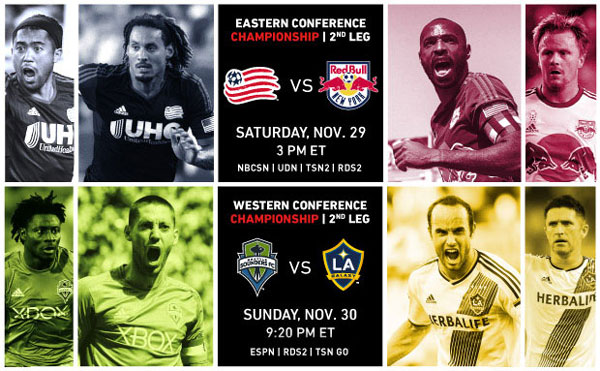 Plenty of exciting #BPL matches to keep your eye on this weekend, tell us your predictions… pic.twitter.com/L2vGtgULLH

West Bromwich Albion and Arsenal kick of the EPL weekend at 4:45 a.m. on NBCSN, followed by Manchester United-Hull City, but game of the weekend is Manchester City against high-flying Southampton at 5:30 a.m. Sunday on NBCSN

Stats and news on all the EPL games can be found here. 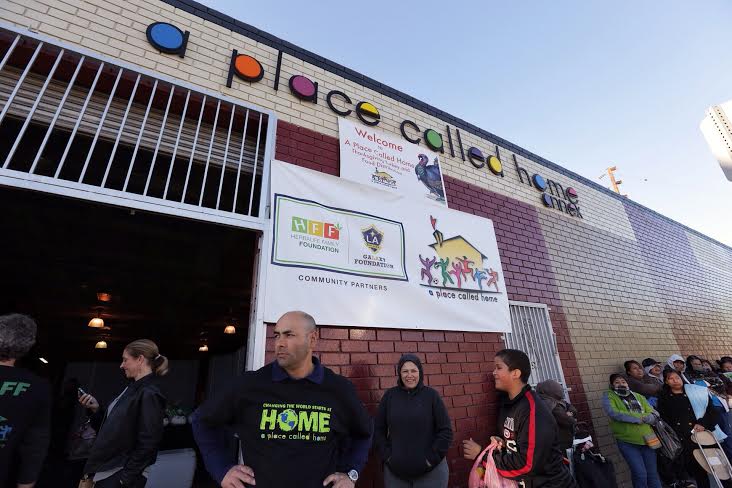 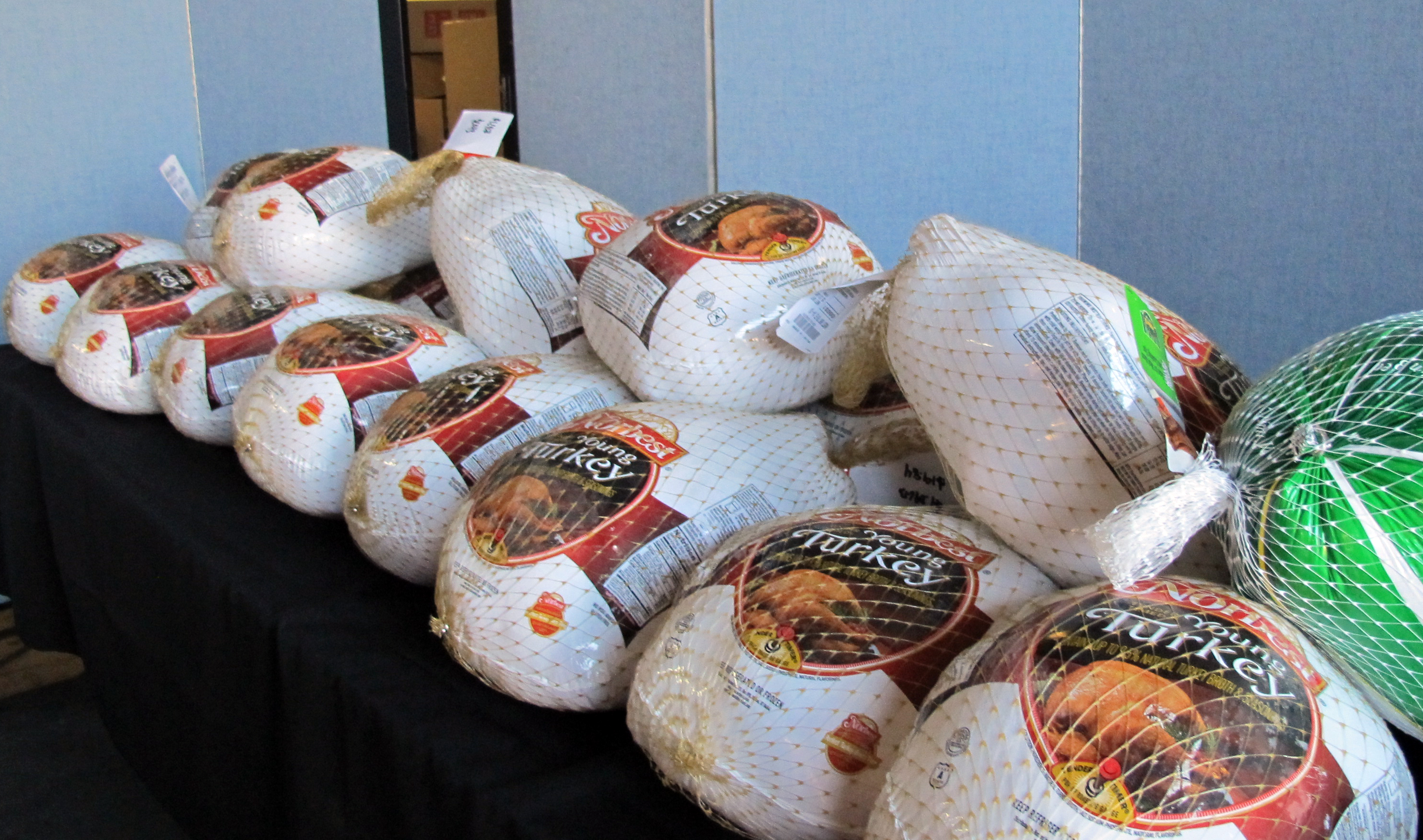 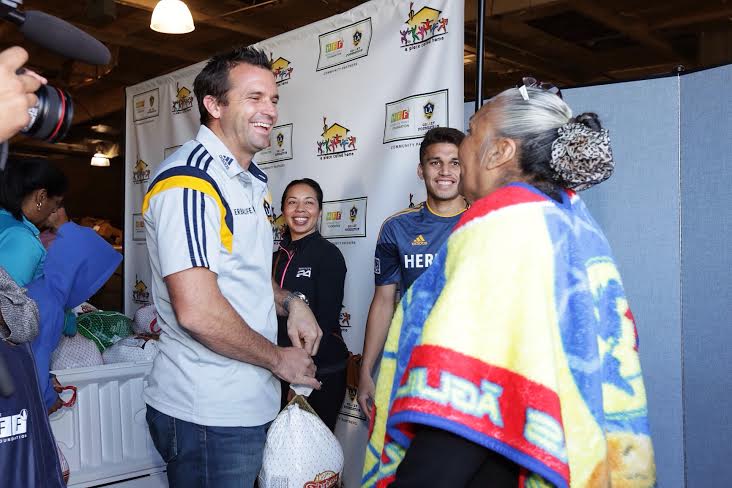 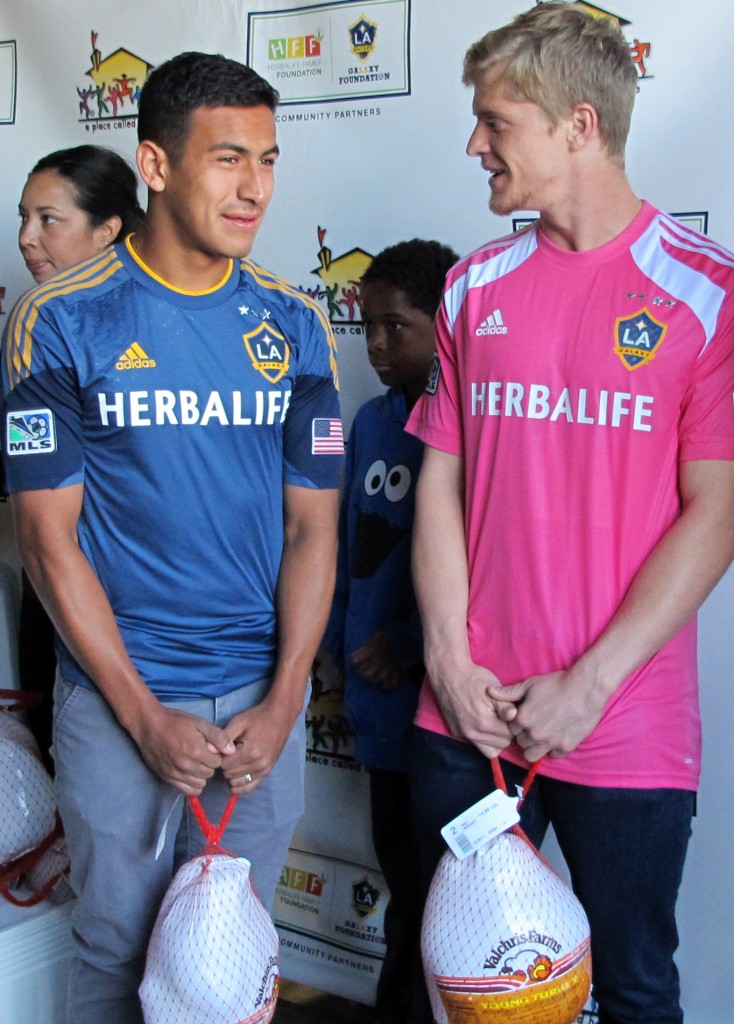 About 550 turkeys and grocery bags of food were distributed during the giveaway to more than 1,200 families.

Gyasi Zardes hasn’t scored a goal for the Galaxy since recording his 16th of the regular season on Sept. 28. That covers a span of seven games, including the club’s three postseason outings.
He may be only 23 years old, but he refuses to show any signs of impatience. Not with the Galaxy one game away from playing in the MLS Cup.

“Yeah, just because I’m not scoring doesn’t mean anything,” Zardes said. “It’s a team effort and I feel like I’m making runs to allow other players to be open. I’m just trying to be a help to the team and the most important thing is to win games. It’s OK that I’m not scoring if we’re winning.”

The Galaxy hold a 1-0 lead over Seattle heading into Sunday’s second leg of the Western Conference finals in Seattle. Even without a goal, Zardes has adopted the Robbie Keane striker rule: Never look back and enjoy the moment.

“Oh yeah. Words cannot describe it for myself,” he said of his first playoff run. “This is my first time going this far, second year going pro, so I’m enjoying the moment and trying to work extremely hard.
“I brush it off. I can’t dwell on that. It’s a team and you’ve got to look toward the future. You can’t sit back and say ‘Oh, I didn’t score.’ Just keep working on the field like I’ve been doing and the results will come. If they don’t hey, it’s OK, our team is winning.”

Visit NBCNews.com for breaking news, world news, and news about the economy