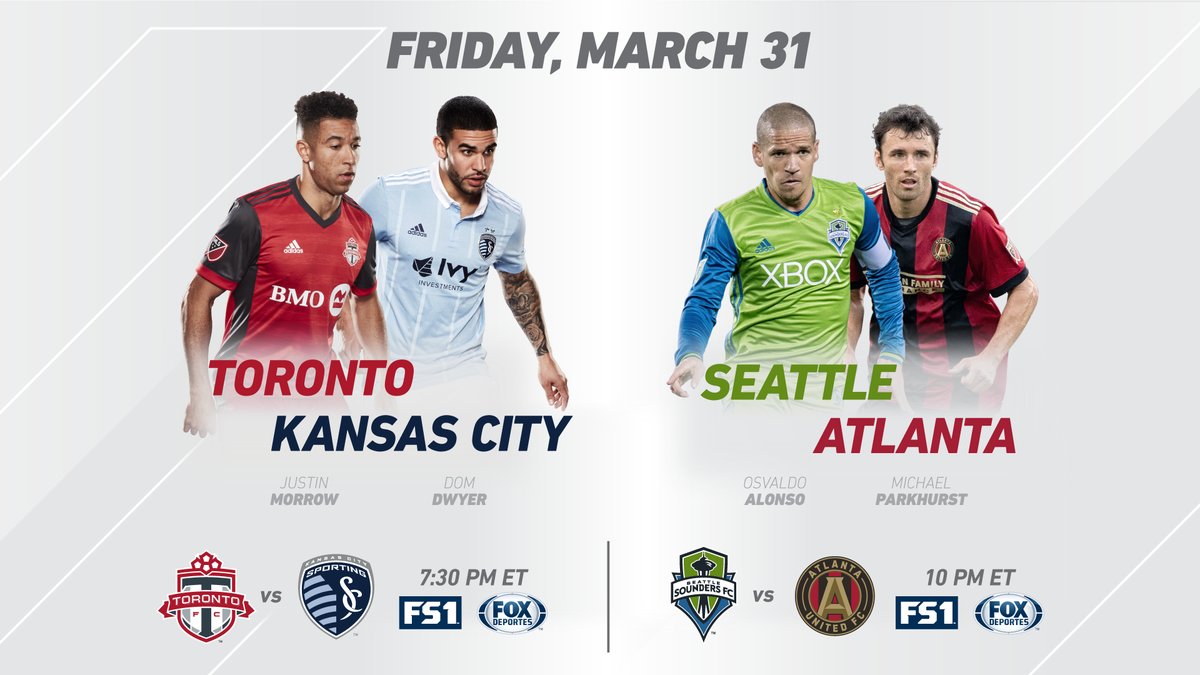 Feast your eyes as the run-in begins on @NBCSportsSoccer (there are NO MORE International breaks this season ) pic.twitter.com/zBpQSBaRbI

Catch them on the at this weekend's Watch Party! https://t.co/Hr20lxBFxv

Ambitious @LFC and @Everton battle in Merseyside Derby this weekend. @JPW_NBCSports takes a look at the matchup! pic.twitter.com/FBefrs8Xcf 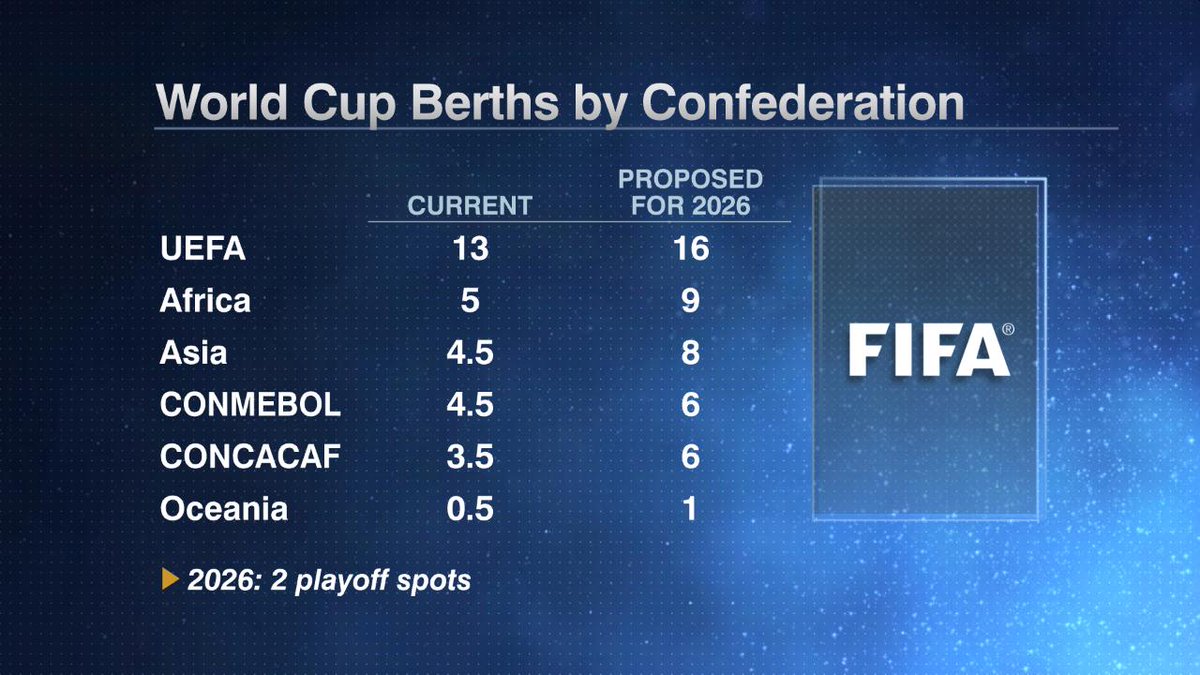 Markhus “Duke” Lacroix scored in the 30th minute and added another in the 45th to seal the victory. This is Lacroix’s first year in Orange County, having spent the previous two years with Indy Eleven of the NASL.

Galaxy II opened the 2017 USL season with a 2-0 victory over Vancouver Whitecaps FC 2 at StubHub Center.

Los Dos opened the scoring in the fifth minute with what was ruled as an own goal. In the 67th minute, Ethan Zubak added another goal as new coach Mike Munoz picked up his first victory, replacing Curt Onalfo. 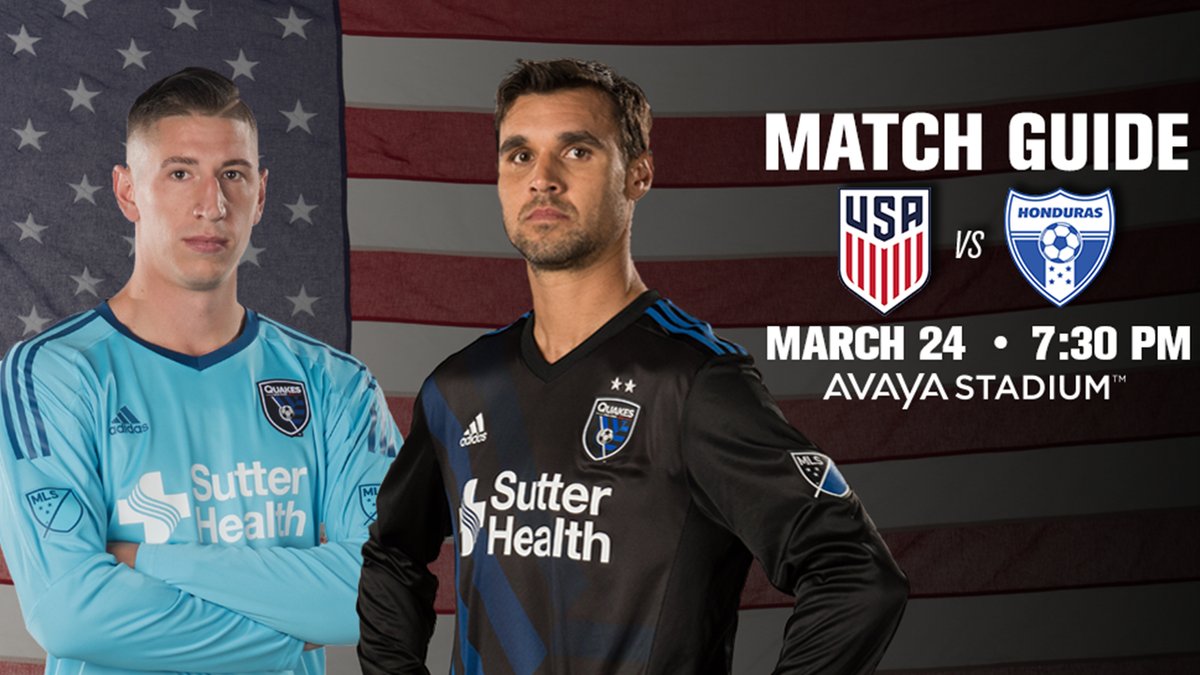 We've got a @ussoccer MATCHDAY at @AvayaStadium!

It's game day everyone and it's time to #get3 !

If your not in San Jose, come to our watch party. https://t.co/P25HSosW2K pic.twitter.com/dfoaUpX4G6

Tonight is a massive night in our @ussoccer history. Let's all get out of our comfort zone, take a leap of faith… https://t.co/4DZr8TQNUd

The first team might have the week off, but the Galaxy II will kick off the 2017 USL season, Saturday against Vancouver Whitecaps 2 FC at the StubHub Center’s Track and Field Stadium

13 players are signed to USL contracts with Galaxy II. Seven of those players return from the 2016 roster and six are former Galaxy Academy members: midfielders Ryo Fujii and Adrian Vera, forwards Ethan Zubak and Adonis Amaya and goalkeeper Bennett Sneddon and Eric Liopez.

Here is the roster ahead of the season opener:

Per USL rules, a total of 30 players are allowed on a USL team’s roster at any time. In addition to those 30 roster spots, five Academy players are permitted to be members of that roster, for a total of 35.

With 13 players currently signed to USL contracts with Galaxy II, Galaxy and Galaxy Academy players will fill out the remaining space on the Galaxy II roster.

At any point in the season, the Galaxy’s MLS and Academy players are allowed to be made inactive or active on Galaxy II’s roster, with USL rules allowing the club to fluidly move players in and out of the 30-man roster throughout the season. 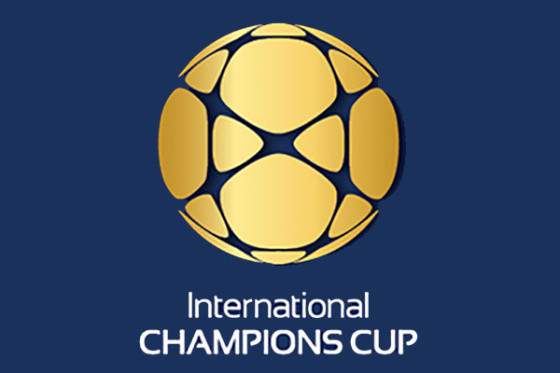 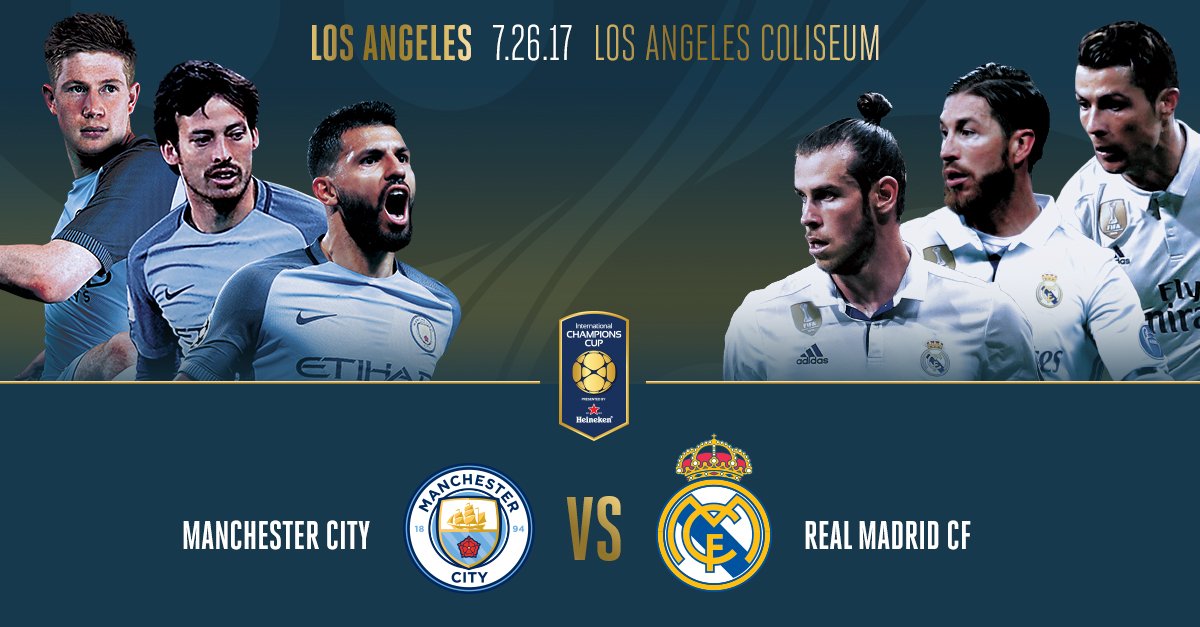 BIG NEWS! @ManCity VS @realmadrid match up in the @IntChampionsCup on July 26th at the Coliseum. Presale on March 28th pic.twitter.com/XaQESBTLOH

The Galaxy is winless no more.

Thanks to a pair of second-half goals (Dave Romney and Emmanuel Boateng), the Galaxy defeated Real Salt Lake, 2-1, Saturday night for their first victory of the year.

RSL jumped ahead 1-0 in the 11th minute. Romney tied the game in the 69th and then Boateng sealed it his tap in on a nice cross from Romain Alessandrini.

You'll want to watch these highlights all the way through. #RSLvLA pic.twitter.com/EDLddzGNYR

Curt Onalfo on fight from the team:

“You could see the character of the team in the first two games of the year… It took strength of character to get back in it. I thought we showed enormous grit. I thought we pressed and we used the space of the extra player, and that doesn’t always happen, so easier said than done, especially when you’re on the road. Credit to the guys for a great effort and more importantly being intelligent tactically in the way we played.”

Jermaine Jones on the victory:

“I say it always. The team is young. It’s a process. We have to build something and we’re building. Of course, wins help building. It helps people to believe and it helps to keep the outside quiet.”

up next: The Galaxy is off until Aug. 1. The time away should help Gyasi Zardes, Ashley Cole and Giovani dos Santos heal up from their injuries. 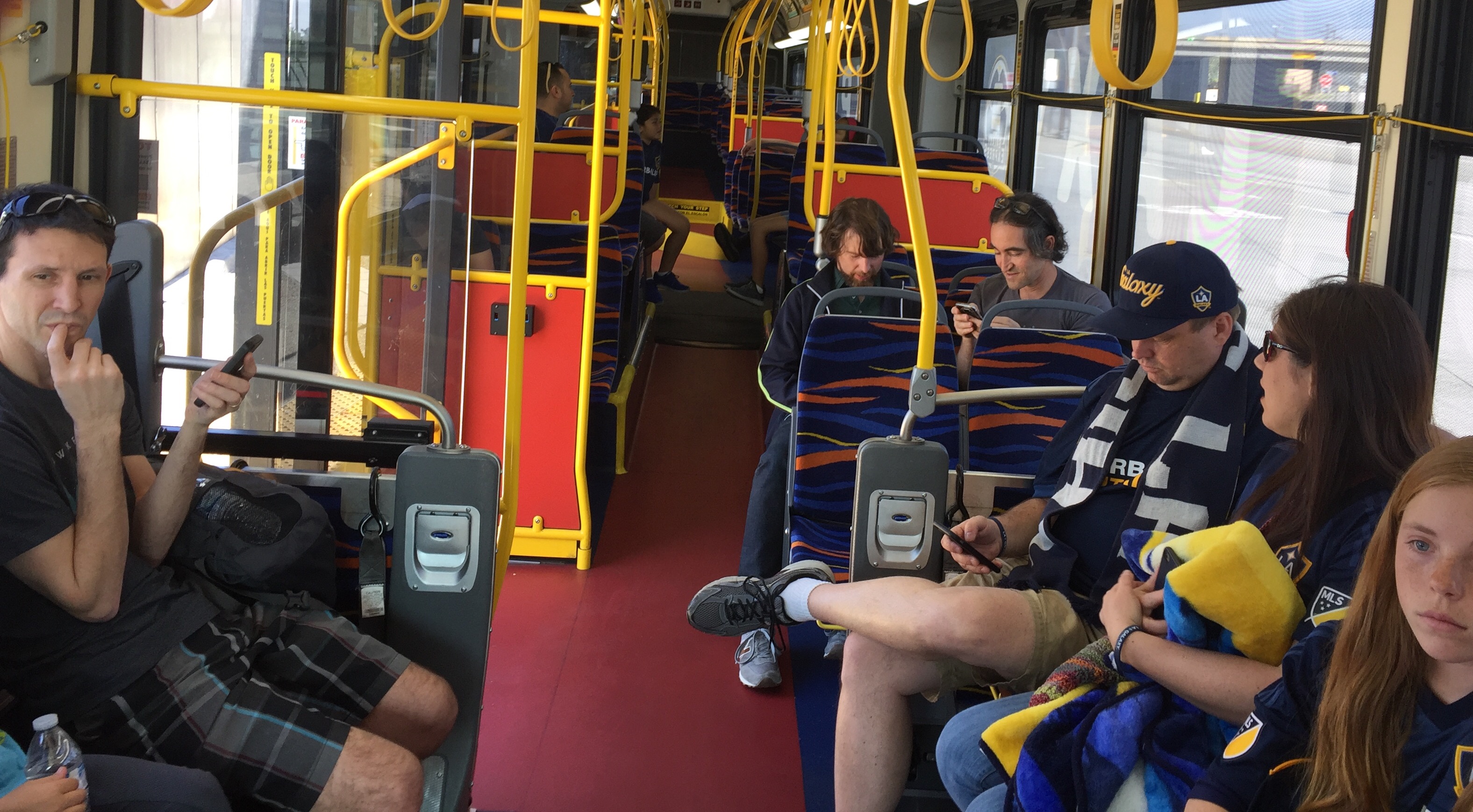 All aboard: Lots of seats available last weekend on the new free Galaxy Express (Photos by Nick Green). 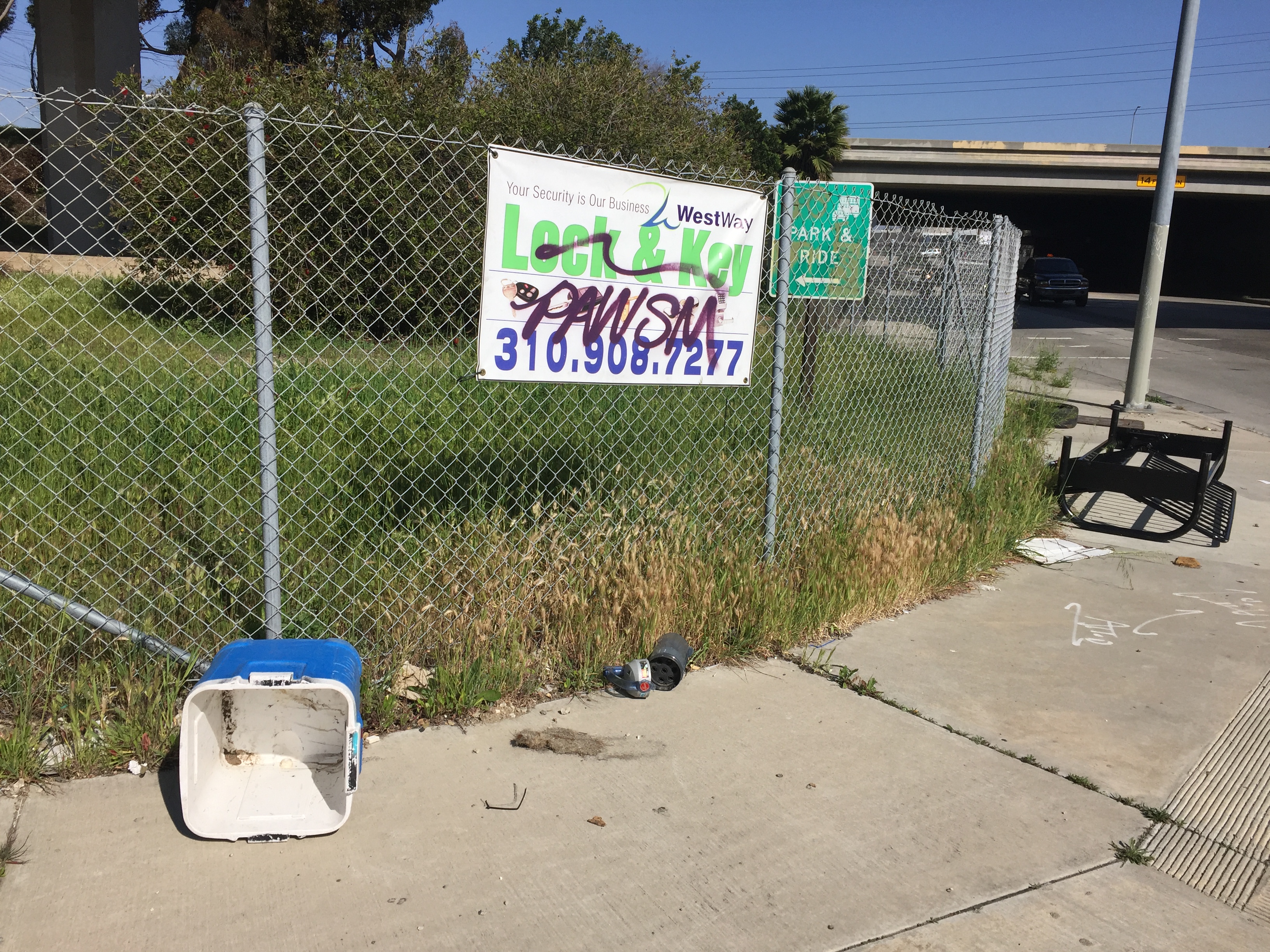 Harbor Gateway? The entrance to the Harbor Gateway Transit Center could do with a bit of work to make it a tad more inviting.