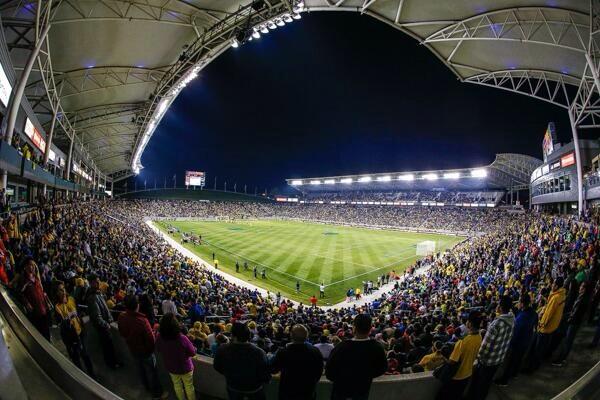 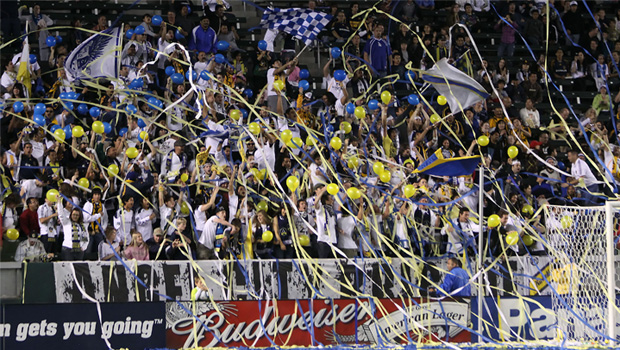 They’re going to do it all over again 11 a.m. Monday to honor the Kings and Galaxy on their NHL and MLS titles respectively.

This time, let’s see how the President can handle a puck.

Final: Goals from @BrekShea and @JozyAltidore but the #USMNT falls to Chile. Next up: #USAvPAN on 2/8 in Carson, CA! pic.twitter.com/LYsdsC8Ku3

I thought Brek was incredibly poor

Couldn’t we just ring Landon up and see if he has some free time?

Still will say #USMNT have not progressed under Klinsmann. Showed signs in World Cup but too few.

@soccercanales I have vomit in my mouth. After being in charge since 2011 & a Jan camp, this is awful. Couldn't been 20-2 vs Chile C team

I thought Gyasi Zardes looked good & Bobby Wood looked lost. Not surprising given Zardes has scored 22 for LA since Wood's last for 1860

When was last time #USMNT played well in the second half? Portugal game in Manaus (till ending) only game I can think of in long, long time.

Here are the U.S. goals:

The Galaxy opened their exhibition season with a 2-0 victory over Ventura County Fusion on Wednesday at StubHub Center. Reigning MLS MVP Robbie Keane scored in the first half and Edson Buddle scored in the second half for the Galaxy.
Buddle is still not under contract, but pairing with Keane for a goal won’t hurt his cause.
Coach Bruce Arena used a number of younger players mixed in with the regulars. Forward Charlie Rugg, who played all of last year with the Galaxy II, played a midfield wing position.
The Galaxy are also taking a long look at undrafted free agent Ramon Martin Del Campo, a central defender who shined at UC Davis, took part in the MLS combine but was not selected.

“It was motivating,” Del Campo said of not being drafted. “Approaching it I had my hopes up, obviously it didn’t work out. It’s fine. That’s life and you’ve got to face adversity. A successful career is impossible without minor setbacks so I just saw it was motivation to get back out there to get back training harder and we’ll see what the future takes.”

Del Campo said he was sick right before the combine but took the risk of going through the tryouts anyway.

“I had strep throat going in,” he said. “I didn’t want to tell anybody because I wanted to prove to coaches that I was stronger than it, that tiny things won’t hold me back. Obviously it was a very difficult thing.
“I don’t regret anything. I just see it as a learning lesson. There’s no point in regretting, it doesn’t make me a better player, doesn’t help my status.”

Del Campo was born in Mexico but grew up in Chula Vista (Bonita Vista High) and is a U.S. citizen.

Hot day in Rancagua, Chile, but team is ready for a challenging match vs Chile tonight !! #USMNT pic.twitter.com/xNer9S8mVZ

Galaxy beat writer Phil Collin has the full story on Robbie Keane returning to training with the Galaxy and his comments on Steven Gerrard.

Incidentally, Keane made exactly 19 appearances for Liverpool back in the 2008-2009 EPL season, so he didn’t play much with Gerrard.

Rafael Garcia, 25, has made just 11 first-team appearances since being drafted in the second round in 2012, but the midfielder served as captain of USL Pro team Galaxy II last season.

Photos: The #LAGalaxy are back on that preseason grind: http://t.co/XxlHFzuEoX pic.twitter.com/GtC4TWgSLX