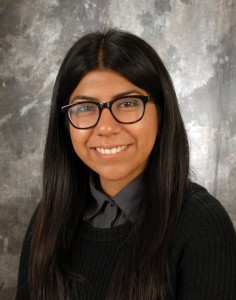 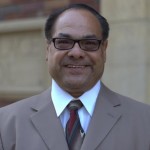 Daily Breeze intern Lisa Hirschmann graduated from Columbia University in December with a bachelor’s degree in Hispanic Studies. The Pasadena resident has studied in Madrid and Argentina (and came away from the experience a fan of Real Madrid and that South American country’s national team) and played soccer for 10 years. She offers a different perspective of U.S. Soccer President Sunil Gulati ahead of the start of World Cup qualifying.

Gulati is a very popular professor who teaches two introductory level economics courses for undergraduates at Columbia University: “Principles of Economics” and “World Economy”. I took the latter in spring of 2006. It’s a large lecture that covers the basics of international trade.

He hardly mentions soccer in the classroom and appears to fit in well with his colleagues, which is why I say he leads an alternate life. Most of his students don’t, and probably won’t, ever find out how important he is to U.S. Soccer.

In general, Gulati is a great professor who cares a lot about challenging his students. With so many them, he treats each class a bit like a performance. He has a high energy level, and he tries to engage his students. Sometimes he gives fun trivia questions and asks students to e-mail him the answer (i.e. What is a technological device that creates jobs? Answer: a shovel, a pick, a wheelbarrow, etc.) He tries to get to know his students by taking them to lunch in the faculty dining room in small groups. He invites his international trade expert friends like Jagdish Bhagwati and Joseph Stiglitz to give guest lectures.

One of the biggest complaints about his class, which I share, is that it is too math-heavy (his dad was a math professor – maybe he’s math-oriented?). As an introductory level course, “World Economy” emphasizes calculations more than concepts, which leads non-economics and non-math majors to retain less information than they otherwise might. It is also the reason that Gulati’s classes are considered tough.

The other complaint you hear from some students about Gulati is that he is slightly arrogant. I can see how he might come across to some students in this way, but they probably have not bothered to Google his name, and still haven’t discovered his claim to fame.

(And as a final anecdote, I’ll add that in December, as I was studying for my last round of finals, I saw Professor Gulati on campus walking with Claudio Reyna. I looked around to see if anyone else was starstruck, but I was the only one.)

Here is a USA Today article about Prof. Gulati.