Galaxy defender Omar Gonzalez, who got a surprise start in the third and final U.S. group game in Brazil, said today in a teleconference with local media arranged by the club that he was taken aback to get the chance in the middle of the defense after largely missing out on the first two World Cup outings:

“I was definitely surprised about getting the start,” he said from Brazil. “Jurgen wasn’t making too many changes in the lead up matches.”

And Gonzalez said his personal goals went out the window when the tournament arrived. He went from wanting to establish himself as an automatic first-choice regular at the start of the year to just hoping he would make the roster after the injury that disrupted his run-up to the World Cup.

“My mindset the whole time was I was going to be ready (if called upon),” he said. “I wasn’t worried too much about what are the coaches thinking. … I was happy my name got called and basically got out there and do what I do.”

Meanwhile, Gonzalez said he’s become more motivated by the level of interest in the World Cup indicated by the reaction from social media and the large crowds gathering for viewing parties that are becoming ever more prevalent:

“It makes you want to work harder for all the people who are watching,” he said on the eve of the crucial game against Belgium. “Hopefully we can get them a win.” 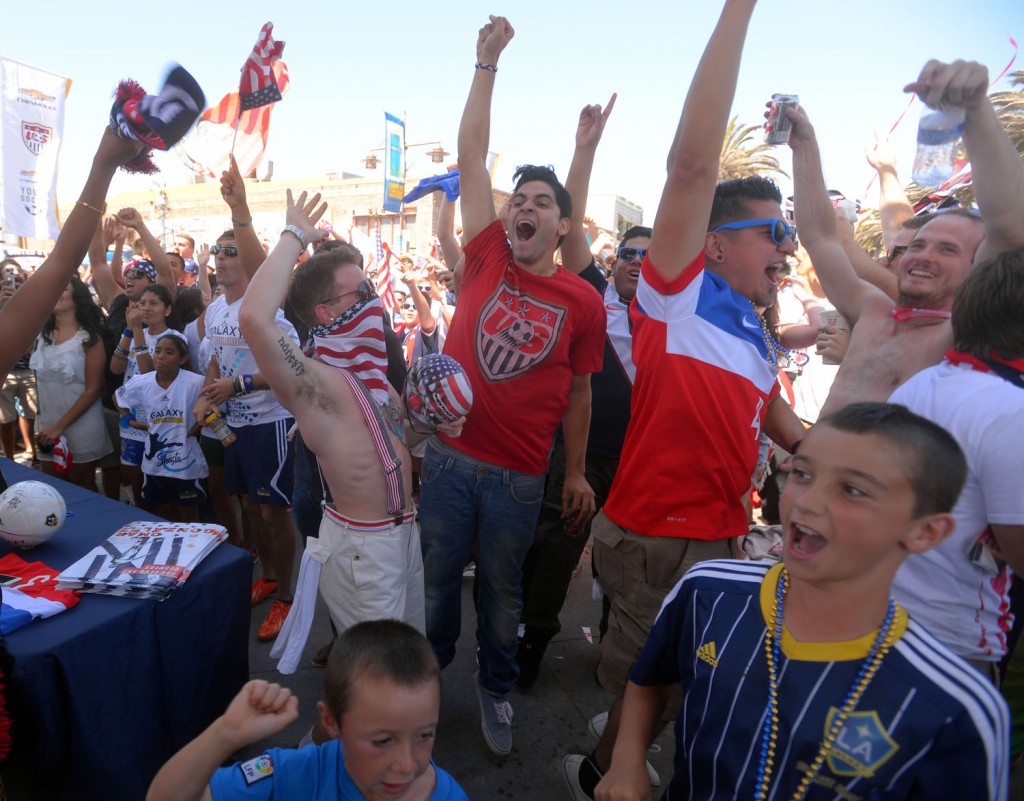 Following in the footsteps of two successful free World Cup viewing parties at Hermosa Beach’s Pier Plaza, the Galaxy hosts another at 1 p.m. Tuesday at Veteran’s Park in Redondo Beach when the U.S. takes on Belgium in the knockout round of 16.

If you haven’t yet caught one, this is the day to play hookey from work or school since it’s not only win or go home, but the atmosphere is infectious and about as close to being in Brazil as you can get, Galaxy President Chris Klein told me this morning:

“The location in the South Bay is something you only see down in Rio,” he said.

I’ll have more on the increasing popularity of World Cup viewing parties, including this giant planned party on Pine in Long Beach in Tuesday’s column.

A photo gallery of the carnival atmosphere at the tournament check-in at the Torrance-South Bay Marriott is here.

But will it get there fast enough?

Midfielder Oswaldo Minda played for Ecuador, which was eliminated in the groups stages of the World Cup. Midfielder Marvin Chavez played for Honduras, which suffered the same fate in Brazil.

They’re on their way back to Chivas USA, and if they arrived in time to play for in Wednesday’s game at San Jose, it would be not a moment too soon for a team that played Saturday night and plays again next Saturday.

For Chivas coach Wilmer Cabrera, you could almost see the pain of weighing what the duo just went through with their respective nations against what he needs with his own club after Saturday’s win over Real Salt Lake.

“We’re waiting for them,” Cabrera said. “We need to see what kind of condition they are mentally and physically because when you finish a competition like the World Cup, you need to have a little bit of a mental break. Because of the adrenaline you have spent in that tournament, you cannot recover in three or four days.

It was the type of goal you don’t often see in Major League Soccer.

Chivas USA left back Tony Lochhead had the ball along the left sideline, lifted his head, spotted his target and sent a long, curving pass to the opposite side of the field. It might have traveled 40 yards. The only player who could play the ball was rapidly timing his approach.

Erick “Cubo” Torres never let it hit the ground. He blasted his volley from about 15 yards away into the upper right hand corner of the net.

It might be time to really start to appreciate the talent of the 21-yeard-old Torres. Chivas USA did early in the month when it locked him down for the rest of the season lest he slip through their fingers and back to Guadalajara.

“He’s got a quality you can’t teach,” Chivas goalkeeper Dan Kennedy said after the club’s 1-0 victory Saturday over Real Salt Lake. “His focus is just superb and for his age it’s hard to believe what he can come up with and pull off. The goal tonight reminded me of that bicycle kick in Vancouver last year where it’s just something out of nothing.”

In his second season with Chivas, the numbers are starting to add up for Torres, who scored seven goals in his 15 games in 2013.

It was also a night when Torres became the top scorer in MLS history among players from Mexico. He passed the legendary El Tri warrior, Cuauhtemoc Blanco.

“I’m extremely happy and thrilled to have been able to score that goal,” Torres said. “I’m very happy to be able to make history in MLS. I grew up watching Cuauhtemoc play, he was one of my idols growing up. Being able to surpass him is something I cannot even imagine.”

“If Barcelona scored a goal like that, people would be talking about it for weeks,” said Galaxy playmaker Landon Donovan. “It was a good sequence: it was a great ball by Robbie, great run by Marcelo and Gyasi peeled off with a great run and a finish, so I think it was as good a team goal as you’ll seen in this league.” 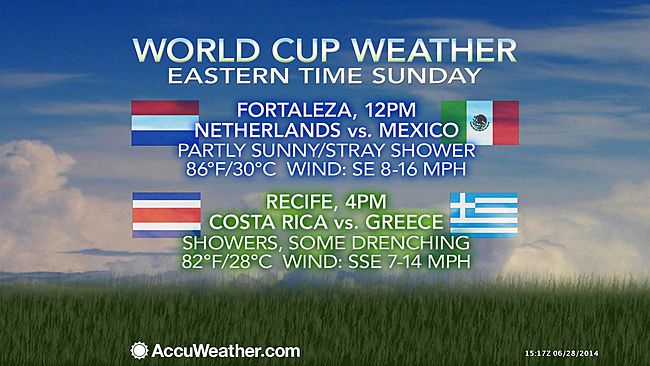 #NED & #MEX will both wear their home kits tomorrow. pic.twitter.com/wTtzd2YZFY

Read more about the party on Pine here.