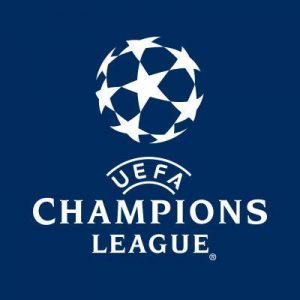 Cristiano Ronaldo and Real Madrid are training at UCLA ahead of the game against the Galaxy Saturday in Pasadena (AFP/Getty Images).

Regular readers know I’m not a big fan of the innumerable international exhibition games we’ve seen this summer, but for everything there is an exception and in Southern California that exception is Real Madrid.

The club concludes its preseason training in the U.S. Saturday with a 7:30 p.m. friendly at the Rose Bowl against the Galaxy.

Read the column about the game and Real’s new summer signings here.

By the way, the pace of big-name player signings in MLS is still picking up with the Red Bulls set to unveil Rafa Marquez from Barcelona today as their third designated player.

Locally, Everton confirmed Monday what we already knew – they can’t afford Landon Donovan on a permanent basis – (although I wouldn’t be surprised to see him go on loan again if he doesn’t get picked up by another European club), but what about the Galaxy?

Are there any big-name signings on the horizon before the international transfer window closes mid-month?

“It’s possible, it’s certainly not definite, but it’s not out of the realm of possibility,” said Tom Payne, the man in charge of the Galaxy’s purse strings. “We’re always in those waters. We don’t feel a lot of pressure to have to do something because we’ve got some pots we’ve been stirring. … We’re really happy other teams are stepping up (to sign players).”

Translation: talk to me next year if Ronaldinho doesn’t sign a contract extension at AC Milan.

I also asked Payne if the Galaxy would be in the black this year. Last year only a couple of MLS teams made money and the David Beckham-lite Galaxy, which was the first MLS team to show a profit in a calendar year, wasn’t one of them:

“If David was here all year this year would that have helped us financially – absolutely,” Payne said. “This year we could make money – we’ll be very close.”