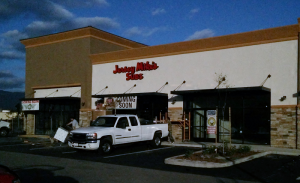 END_OF_DOCUMENT_TOKEN_TO_BE_REPLACED

We’re hoping the rain will let up Thursday (December 18) afternoon.

That’s because it’s the third Thursday of the month, and thus marks the return of food trucks to downtown San Bernardino.

The monthly event has proven very popular, with an estimated 30% increase in attendance from the inaugural event in October to last month’s event.

END_OF_DOCUMENT_TOKEN_TO_BE_REPLACED

In the last couple of years, sales of gift cards have exploded — and with good reason. They’re available pretty much everywhere, they don’t require wrapping and one size fits all.

Plus, what foodie wouldn’t love getting a gift card to their favorite restaurant?

END_OF_DOCUMENT_TOKEN_TO_BE_REPLACED 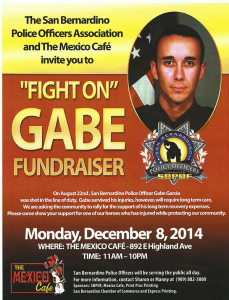 How about a heaping helping of philanthropy?

All tips and donations will be given to his family to help with his rehabilitation.

END_OF_DOCUMENT_TOKEN_TO_BE_REPLACED

It’s the first weekend in December, and that means it’s time for the Indio International Tamale Festival!

The festival runs from 10 a.m. to 6 p.m. today (December 6) and Sunday (December 7). It takes place in downtown Indio, between Highway 111 and Indio Boulevard, along Miles Avenue, Towne Street, Smurr Street and Requa Avenue.

END_OF_DOCUMENT_TOKEN_TO_BE_REPLACED 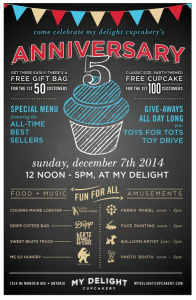 Ontario’s My Delight Cupcakery is celebrating its fifth anniversary on Sunday (December 7).

The event will run from noon to 5 p.m.

Be prepared to delight in a special cupcake menu featuring the bakery’s all-time best sellers.

And because man (and woman) cannot live by cupcakes alone, there will be a pair of food trucks — Cousins Maine Lobster and Me So Hungry — to provide a prelude (or perhaps the other way around) to dessert.