The platos come with a choice of either a wet burrito, two fish tacos or two street tacos, plus cilantro lime rice, beans and chips and salsa.

It appears to be a second go-round for Del Taco’s platos. They were also tested about a year ago in the Sacramento area.

If you’re interested in trying them for yourself, head to one of these locations:

Head to Loma Linda and you could sample more than 30 dishes from around the globe at Loma Linda University Health’s International Food Festival.

The cost for all this global deliciousness? A mere $5.

END_OF_DOCUMENT_TOKEN_TO_BE_REPLACED 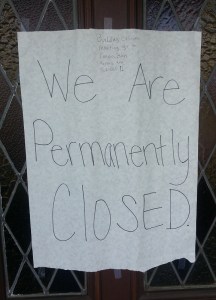 Another longtime restaurant has closed.

Lupe’s Azteca Mexican Food in Redlands/Loma Linda has shut down.

The restaurant had been in operation since 1952.

A recent visit found a giant notice posted on the front door indicating that the restaurant was permanently closed.

END_OF_DOCUMENT_TOKEN_TO_BE_REPLACED

Loma Linda University students will have four chances this month to win $25 gift certificates to two nearby eateries, courtesy of Omnitrans sbX.

Winners will be chosen every Friday in October, and will get a certificate to either Napoli Italian Restaurant or BK Subs.

END_OF_DOCUMENT_TOKEN_TO_BE_REPLACED

The restaurant, 25655 Redlands Blvd., Suite I, Loma Linda, closed back in May, hoping to take a few months to reorganize and then reopen.

That, however, was not to be.

END_OF_DOCUMENT_TOKEN_TO_BE_REPLACED

Reservations are now being taken for the first Let’s Dine Out Grub Club event of 2013.

Cost is $25 per person, which includes a multi-course dinner (featuring a trio of appetizers, salad, a pair of pastas, a selection of entrées, sides and a couple of homemade desserts), soft drinks (beer and wine are available for additional cost), tax and gratuity.

We’re excited because it’s going to be our very first Grub Club event (and hopefully not the last)!

Reservations are a must, since these popular events often sell out.

For more information, or if you want to reserve your spot to join Allan Borgen, Jeff Williams and the rest of the Let’s Dine Out crew (and us) simply click here.

Head over the jump to check out the full menu.

END_OF_DOCUMENT_TOKEN_TO_BE_REPLACED

The longtime Mexican food restaurant quietly closed about a week and a half ago.

Owner Carole Inman closed the restaurant in order to focus on her existing catering business, aptly named “Catering by Carole,” and a new sauce and seasoning business.

A visit to the old Kool Kactus website now leads to the catering business.

Fans of the cafe have one last chance, however, to get a fish taco, or perhaps a squash burrito or spinach mushroom enchiladas.

Kool Kactus will have its grand finale from 11 a.m. to 3 p.m. Friday (November 9), and will have its regular menu, including its usual Friday-only fish tacos.

We all know how Loma Linda feels about McDonald’s, but how will food trucks affect their “Blue Zone” status?

Regular readers of this blog know how we geek out when it comes to the Coca-Cola Freestyle 100-plus flavor soda fountains.

We’ve driven to Orange County to experience it when it was first available.

We wrote about the first Freestyles being installed in the Inland Empire.

We’ve mentioned new locations as we discover them.

On Tuesday, Coca-Cola announced that Burger King will roll out Freestyle machines to its company-owned restaurants nationwide.

That’s more than 850 restaurants, according to an article from Nation’s Restaurant News. Burger King already has already installed about 120 machines.

That makes them the third (and largest) chain to announce chain-wide rollouts, following Firehouse Subs (which are not in the Inland Empire) and Five Guys Burgers and Fries (the Redlands, Mira Loma and Moreno Valley locations have one).
END_OF_DOCUMENT_TOKEN_TO_BE_REPLACED

First it was November, then it was January, now it’s anybody’s guess.

According to this story on The Sun‘s Web site, the opening of the Loma Linda fresh & easy has been pushed back to who knows when, due to the shriveling economy.

The building at the corner of Mountain View Avenue and Redlands Boulevard is complete and ready to be stocked (it appeared that way when I drove by last year), but there’s no telling when it will open.

Spokesman Brendan Wonnacott indicated that they generally don’t announce new store openings until about a month prior, which means the Loma Linda store won’t open until late February at the earliest.