Readers tend to ask me the same general questions, namely, ones that might occur to anyone (do I work at home, what’s my favorite column, how’s the paper doing, did you grow up here, etc.). But now and then a question seems to come out of nowhere.

For instance, there was the woman who, after a book signing in Pomona in February, asked conspiratorially, “Are you really bald or do you just shave your head?”

This brings us to last week, in a Q&A in Rancho Cucamonga, where a man threw a very original Q at me: “Is ‘David Allen’ your real name or a pen name?”

After a couple of seconds of gaping at him, I replied, “Because ‘David Allen’ is such a glamorous and exciting name, it can’t possibly be real?”

For the record, it’s my real name. I’d like to think that if I wanted a pen name, I could come up with something a little more exotic. 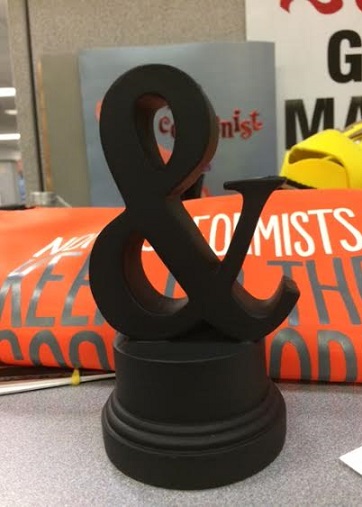 On Thursday I spoke to the Rancho Cucamonga Kiwanis Club and received a gift in a be-ribboned box, which I opened that evening at home. Expecting a coffee mug, the typical takeaway from these gigs, I was instead surprised with….punctuation. This statuette is now in an honored position on my desk — at least until Crosby Stills Nash Young tell me it’s theirs and ask for it back.

Sunday’s column starts with news of Oct. 3’s inaugural “Pomona Reads!” book festival, with events for young and old, and well-known authors in attendance. I’ll be there too with “Pomona A to Z.” Come check it out. Also in my column: an event at Mitla Cafe involves writer Gustavo (“Ask a Mexican”) Arellano; scary movies are creeping into the Ontario library; and a farewell to my optometrist, Joe Trezza.

Friday’s column starts off with two reader anecdotes about their Vince’s Spaghetti obsession. After that: cultural notes and people news from around the valley. 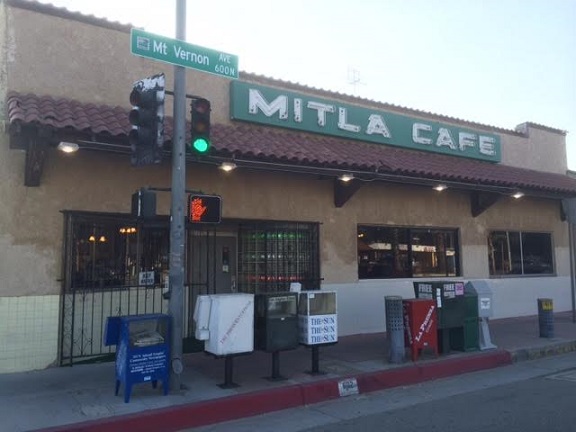 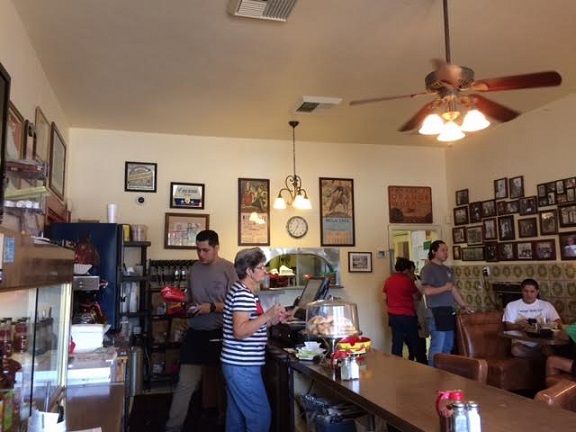 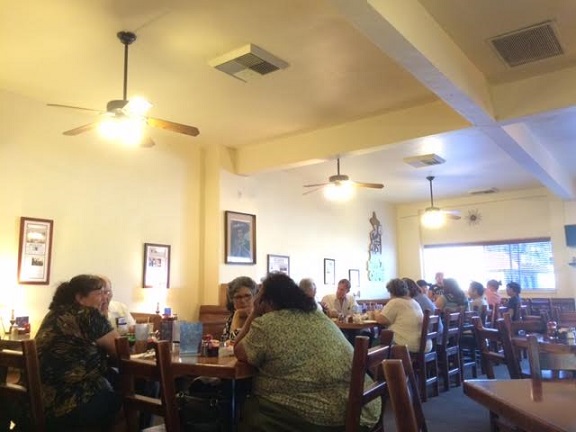 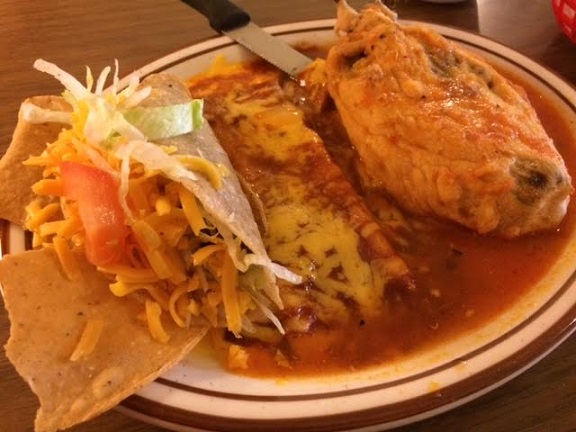 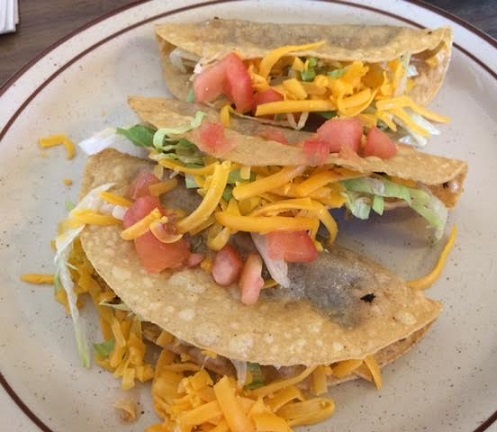 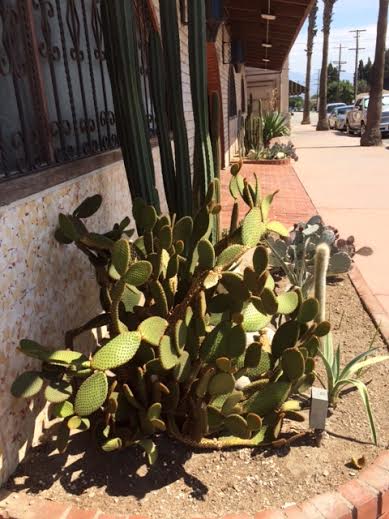 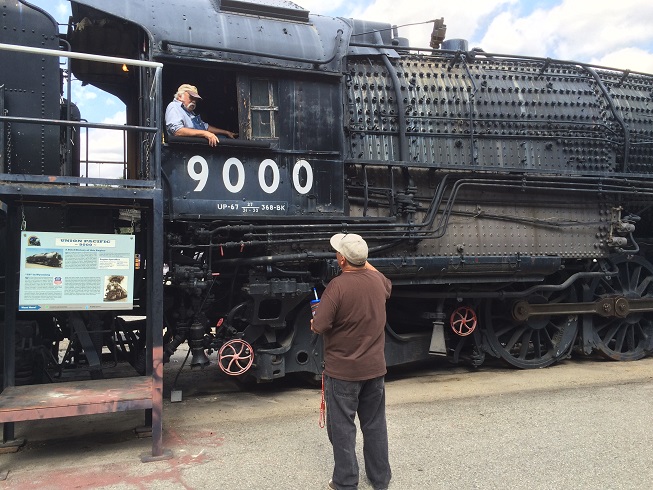 Sam Calderwood, in the cab of the Union Pacific 9000, chats with a patron of the Rail Giants train museum. (Photo by David Allen)

Wednesday’s column presents an update on the train museum at Pomona’s Fairplex. Two years after giving up its centerpiece, the 1941 Big Boy locomotive, how is the museum doing? Fine, as it turns out. It’s got other rare trains, and a modern diesel locomotive that actually runs. 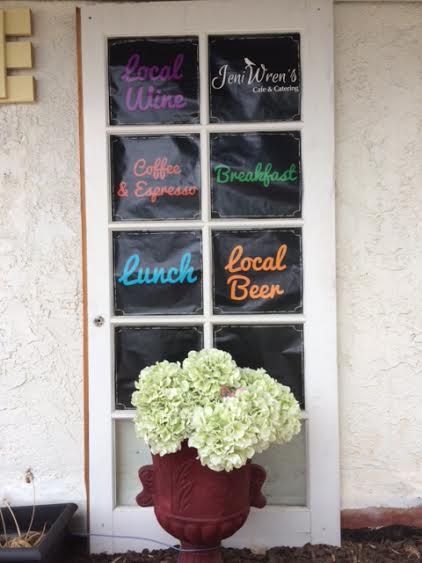 I’d had three or four meals at Jeni Wren’s, a new cafe in what had been the Inka Trails location in Claremont on Foothill Boulevard just east of Towne Avenue, and was stockpiling photos and notes for a Restaurant of the Week. It was a cute place, the food was good and the owner was nice. 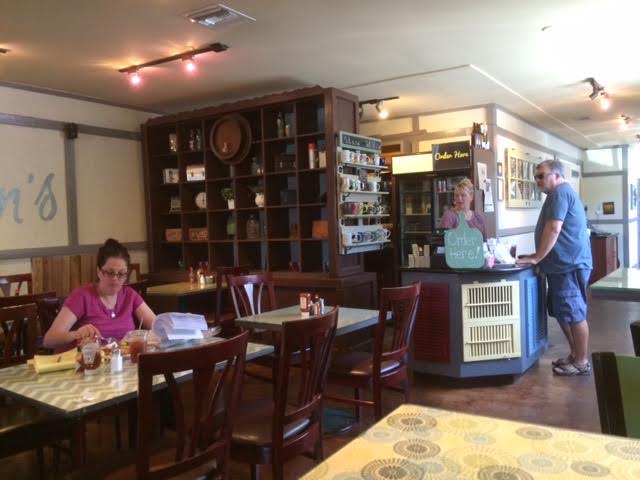 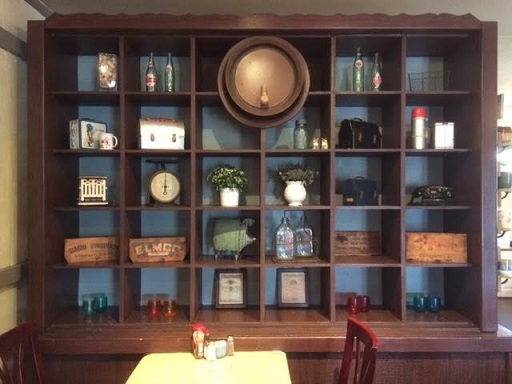 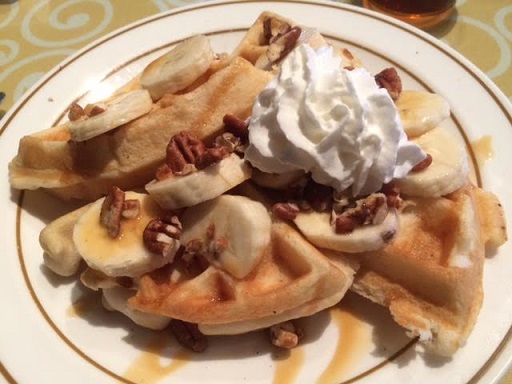 My last meal there was Aug. 21, a breakfast pictured above. Isn’t that lovely?

The next time I pulled in was Sept. 2. The restaurant was closed, the exterior was bare and in the back, a faux shutter from the front (pictured up top) was propped up by the trash. Noooo! A few days later, Yelp, where the cafe had a 4.5-star rating, was reporting the restaurant had closed. It had only opened in February. 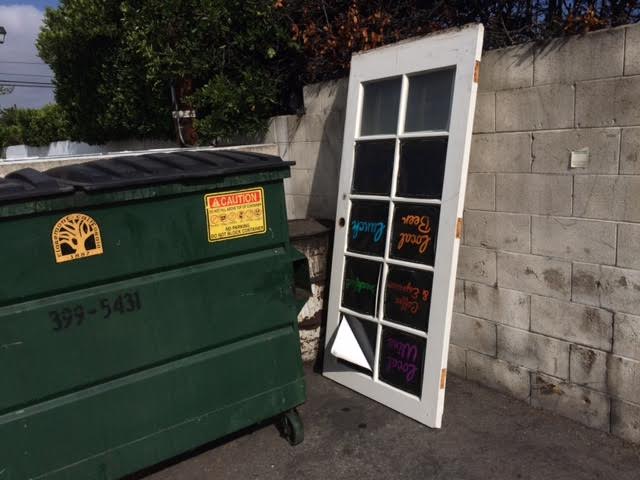 A new cafe opened up the next day (there was no exterior sign, so I don’t know the name), also serving breakfast and lunch. It may be perfectly good or even better, who knows, but I’m sorry Jeni Wren’s is gone. It was becoming my new favorite restaurant before it was nipped in the bud.

In its honor, here’s a link to Paul McCartney’s 2006 song “Jenny Wren,” which came to mind every time I thought of the restaurant. 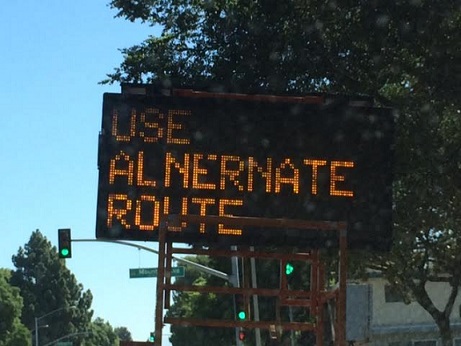 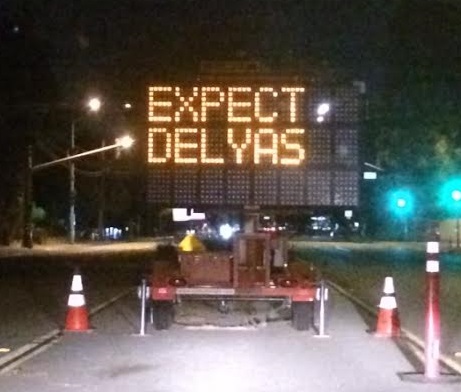 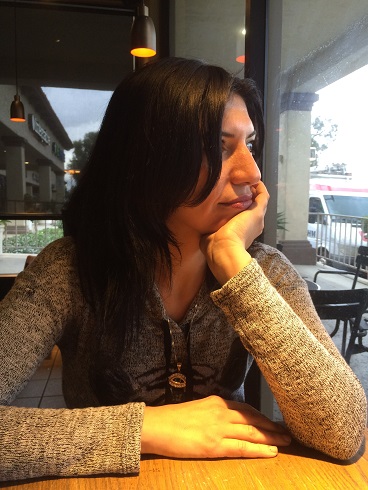 Sunday’s column focuses on Rabiaa Albaghdadi, the namesake of Rabi’s Cafe in Upland. She’s about to become a U.S. citizen. I share her story of emigrating from Syria 18 years ago and we talk about the refugee crisis.