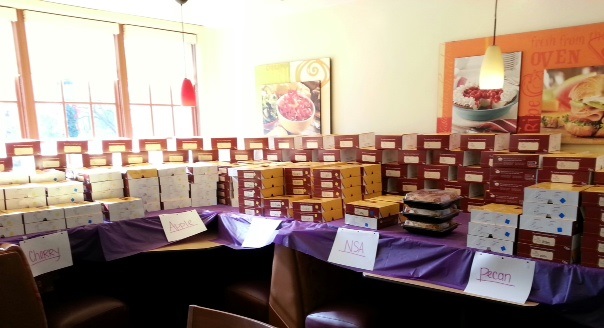 Friday’s column rounds up a bunch of items, mostly from Pomona and Claremont. Some are fresh, some a little moldy, but all guaranteed. Enjoy! 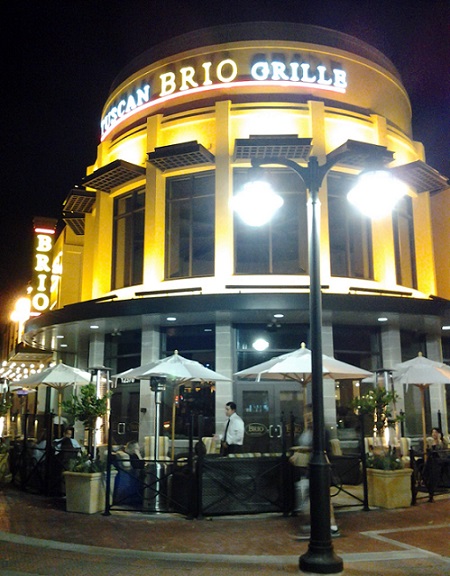 Filling the former Borders anchor space at Victoria Gardens, Brio opened in October, “bringing the pleasures of the Tuscan country villa to Rancho Cucamonga,” as their website puts it. (In return, maybe The Deli can bring the pleasures of Rancho Cucamonga to Tuscany?) It’s a national chain, but at 57 locations at this writing, it’s not ubiquitous; this is the first Brio in all of California. This puts the coup in Cucamonga.

Even though it’s not a bookstore, having the space occupied is welcome, and they’ve done a great job on the decor. Outside, protected seating with heat lamps; inside, a circular bar (where the new releases used to be displayed), then a dining room with a high ceiling, drapery and columns. For the Inland Valley, it’s a fairly dramatic dining space. 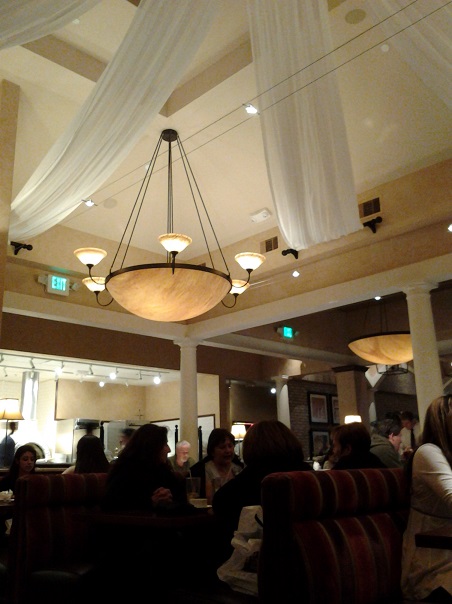 The evening began on a slightly discordant note when the employee seating us cheerfully declared, “We’re definitely not Olive Garden!,” a comparison that probably shouldn’t be made even jokingly. I would hope that if I were walking into, say, Ruth’s Chris Steak House, they wouldn’t quip, “We’re definitely not Sizzler!”

Anyway, we were seated in the former nonfiction section, probably around computer science or business. Yes, I miss Borders. The menu is less pasta than steaks, seafood, chicken and chops. As Italian goes, this is the anti-Vince’s Spaghetti. Entrees range from $11 to $30. I had a pork chop ($17.50, below), my friend the roasted half-chicken ($16, bottom).

Our entrees were decent: the chicken hormone-free and lemony, the pork chop large, marinated and relatively moist, by pork chop standards. However, my roasted vegetables were desiccated, and they were paired with mashed potatoes. Basically, I had two sides of dry stuff. (And, in the photos, compare the moistness of the veggies on our respective plates.) Oh well. We left full, with no room for dessert, and thankful we hadn’t ordered an appetizer.

I’ll give Brio a mixed review. It’s not bad, and you may want to try it. (In a weird sidenote, a top Google search result was a blog post by Philip K. Dick’s fifth wife about how she wants to go.) But we were hoping for a little better, and for the price, it didn’t knock our socks off. At the VG, I’m more likely to go to Lucille’s or, for a more modest meal, Corner Bakery. It’s possible I’ll return. If I do, in honor of Borders, I’ll bring a book. 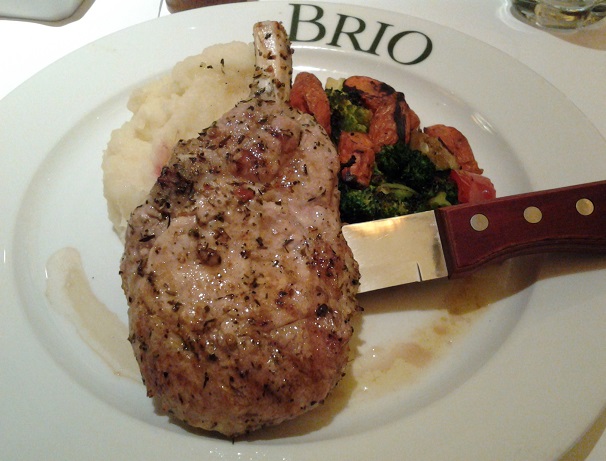 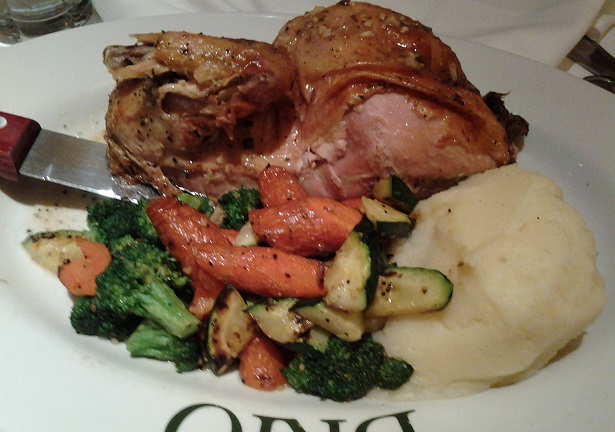 Under that mock-sententious headline comes the latest out of Upland City Hall, where the City Council found the will to make two decisions. One was to merge its Fire Department’s command staff with Montclair’s. The other was to kill a dog. (Really.) Wednesday’s column explains. 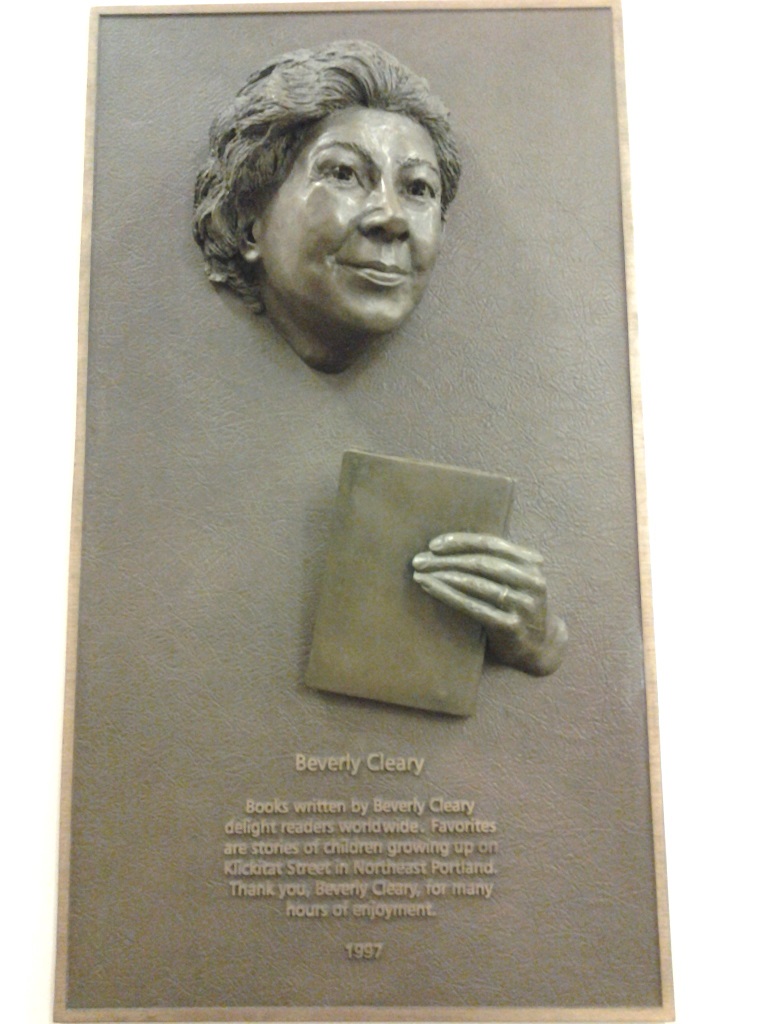 Children’s author Beverly Cleary left Portland, Ore., for Ontario to attend Chaffey Junior College from 1934 to 1936, in the days when the college was on the Chaffey High campus in Ontario. Tuition was free, which was inducement to get her to make the move. She lived a few blocks away and, her sophomore year, worked at the Ontario Public Library.

An effort to name Ontario’s children’s room for her failed in 2006. Portland, where she lived from ages 6 to 18, named the children’s room of its main library for Cleary in 1997. I shot these while checking out the library on my vacation in September. It was serendipity, as I’d forgotten having read that the library had a room named for her. But there it was.

The city also has a Beverly Cleary Sculpture Garden depicting characters from her books. 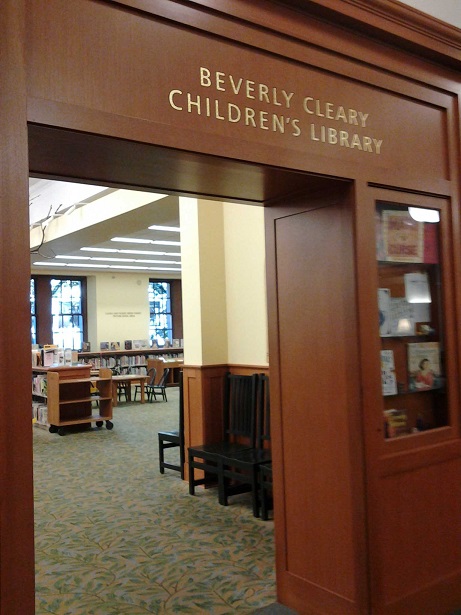 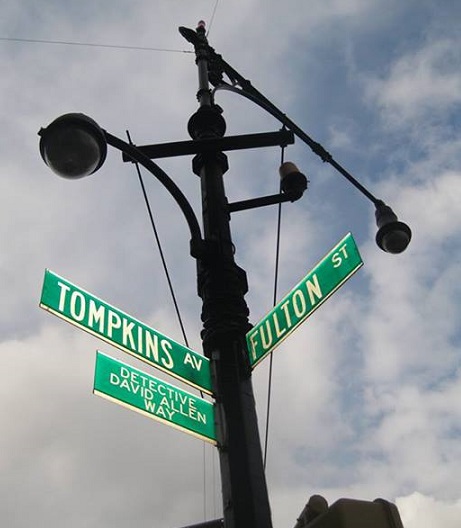 On a visit to Brooklyn, Upland reader Ann Lara found a short street with my name on it. 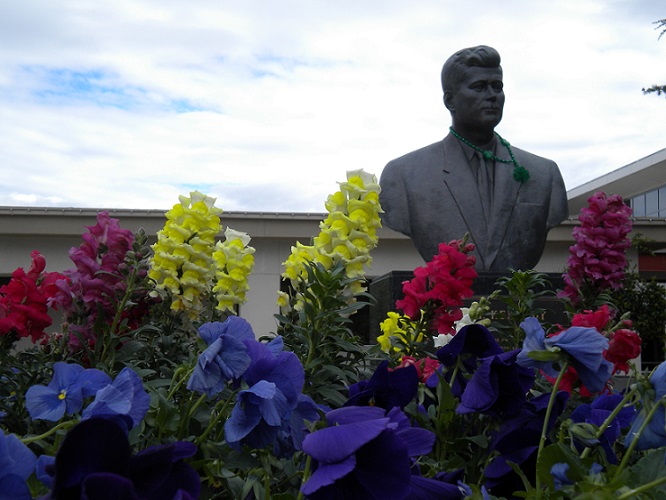 Sunday’s column is about my visit on Friday, Nov. 22, to the monument to President John F. Kennedy outside Fontana City Hall. The photo was taken in front of the planter box along Sierra Avenue.

Friday’s column (read it here) is made up of responses from readers about where they were on Nov. 22, 1963, when they heard about President Kennedy’s death. The responses were so many and often so lengthy, some had to be left out and most had to be truncated, sometimes severely. Because space on the Internet is infinite, below is every response I received, in full. Feel free to share your own memory, or your reaction to others’, in the comments section. — DA

I was in kindergarten at First Lutheran in Pomona. We were all taken down to the principal’s office, or outside the principal’s office. She had a television that could be seen from the hallway. Of course, at 5 years old, I didn’t understand much of it. I remember my principal, Mrs. Kirby, in tears. My mother picked me up. She was so distraught, crying. We just watched the television coverage of it on Channel 2 throughout the afternoon and evening.

As VP of manufacturing of a Massachusetts carpet mill I was in the US Rubber Company plant in Connecticut monitoring a trial of applying their rubber to one of our commercial carpets. The noise from the machinery running in this plant was overwhelming. Just prior to our trial run the din began receding slowly until there was complete silence. The US Rubber people with me were as baffled as I was until we were told that word had spread though the plant that President Kennedy had been shot. Without any instructions or permission the workers had independently shut off their machinery, picked up their lunch pails and left the plant for home, many in tears as I was. I had spent some memorable time with JFK on three occasions when he was the senator from Massachusetts. It was a long sad drive back to Massachusetts and it still is 50 years later.

My 20th birthday, Nov. 22, 1963. My husband Larry was stationed at Otis Air Force Base, Cape Cod. Mass. The Kennedys came many times to the family compound in Hyannis Port, about 30 miles from Otis. I was parked many times in view.

I was a young mother with a 3-year-old and a 9-month-old. Larry was at work, just a normal Friday. I turned on the black and white TV at 1 p.m. EST to watch “As the World Turns.” About 40 minutes later there was a Special Bulletin that the president had been shot in Dallas.

Later Walter Cronkite announced that John F. Kennedy had passed away. We were glued to that little TV for many days. It is a sad memory.

After the funeral Jackie, Caroline and John John came to Otis on a private plane, no entourage. They walked through the flight line where Larry was working. He saw them quite close. They were on their way to Hyannis Port.

END_OF_DOCUMENT_TOKEN_TO_BE_REPLACED 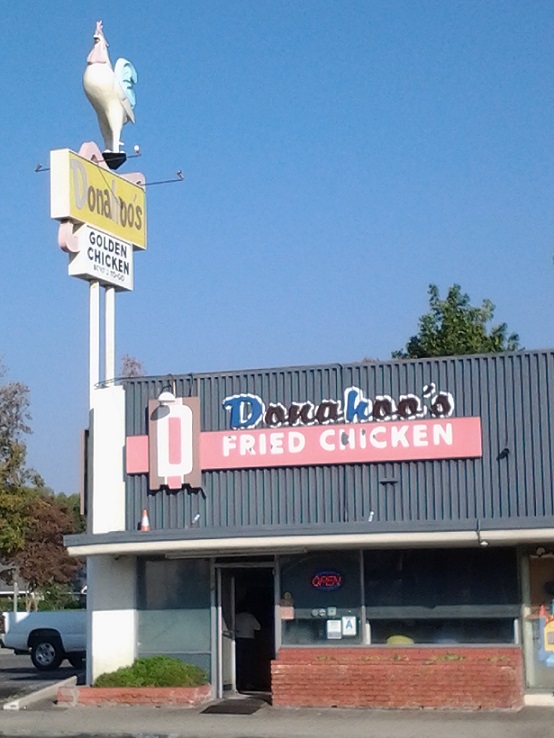 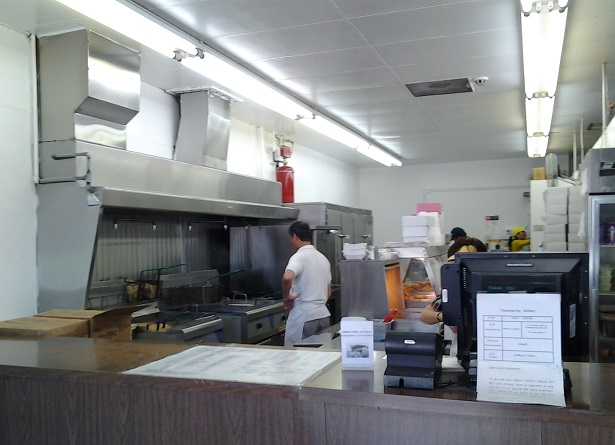 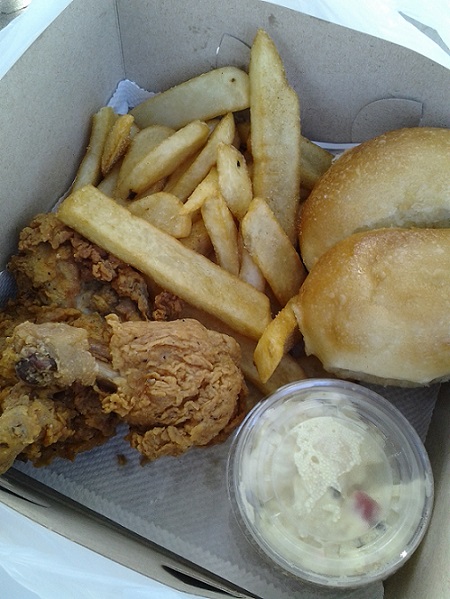 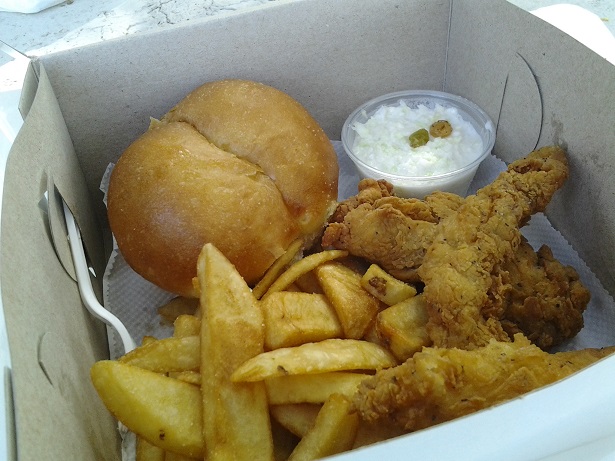 I suppose this qualifies as bathroom humor: I write about my five days without a working shower or bathroom sink during a remodel in Wednesday’s column.