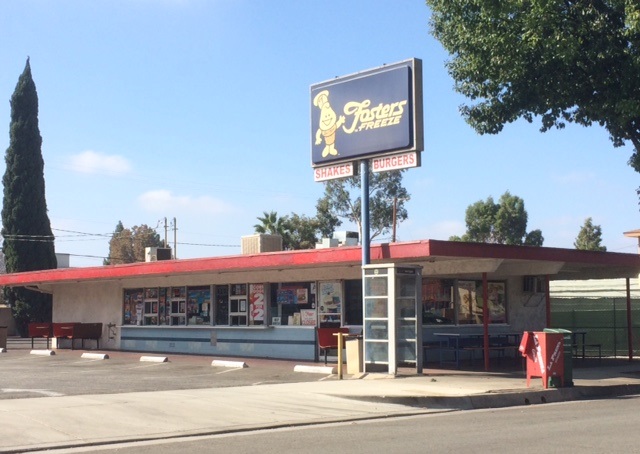 In Glendora a few months ago I spotted this old-fashioned Foster’s Freeze and my Americana-lovin’ heart skipped a beat. There are said to be 88 freestanding Foster’s left in California, many of which are in classic buildings. One that I liked in downtown San Luis Obispo, I just learned, closed in 2014. The chain started in 1946 in Inglewood, and that one, at 999 S. La Brea Blvd., is said to still be in business; based on Google Street View, it looks original.

Typically, you have to go to an El Pollo Loco for Foster’s Freeze, and then all they have is ice cream. The Glendora location turns out to be the closest freestanding Foster’s to the Inland Valley.

On a recent hot Sunday afternoon, Foster’s came to mind and I made the drive. The low-slung building with the covered patio and walk-up window seems very 1960s. (Employees had no idea when it opened.) And is that a phone booth out front? Next door is an Alta Dena Dairy with an awesome sign. 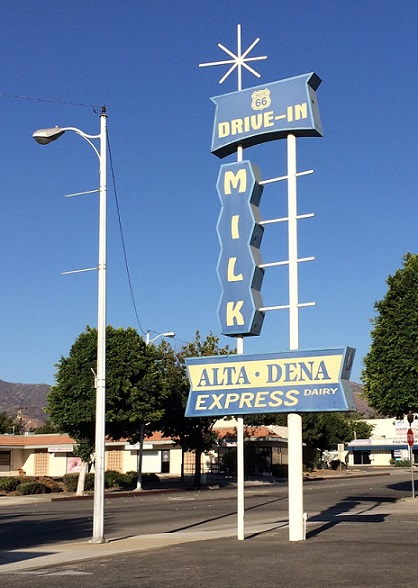 As Foster’s has a small dining room, and air conditioning was desirable, I ordered and ate inside: a small hamburger and a pineapple shake ($7.56 total with tax). It was a decent burger with a crunchy sheaf of lettuce, and the shake hit the spot. In an unusual touch, a wall-sized chalkboard allows customers to scrawl a friendly message. I’d have taken a photo but someone was sitting in front of it in the otherwise-empty room.

If you like this sort of thing, by all means check out Foster’s. I’m sure I’ll go back. 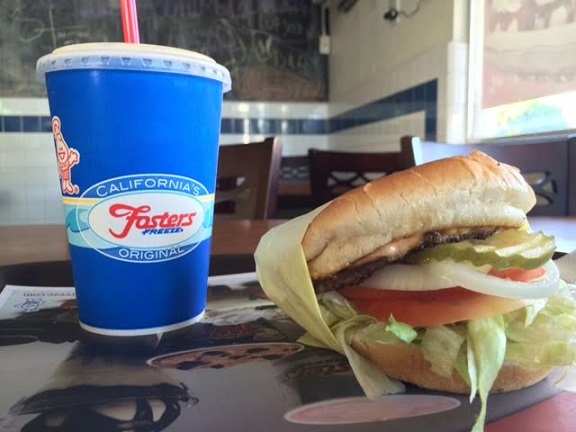 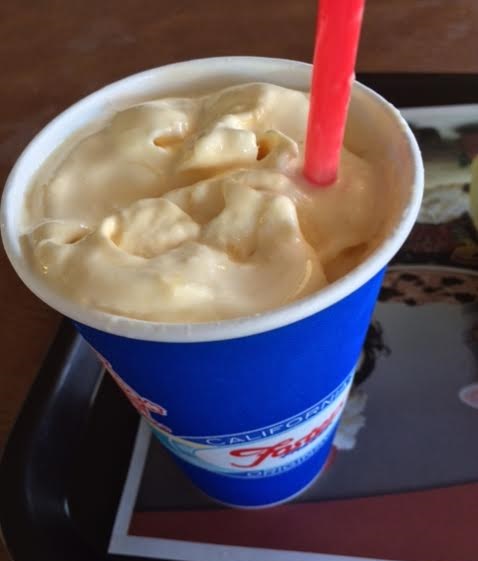 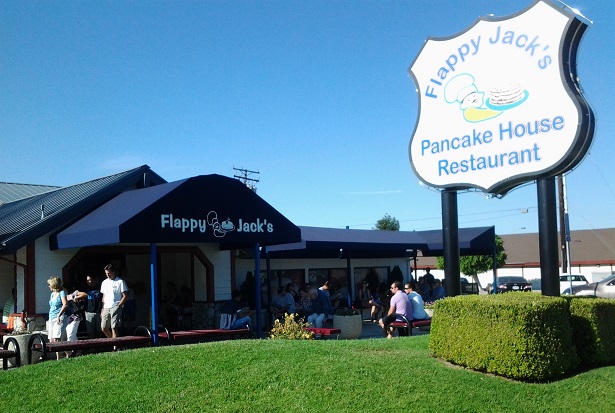 Anytime you drive past Flappy Jack’s at mid-morning, there’s a bunch of hungry people sitting or standing outside, waiting for a table. It’s the same scene you see at BC Cafe in Claremont. This first-timer decided to try beating the rush by showing up at 8 a.m. My wait was only five minutes. It’s a busy place, one that operates like a well-oiled machine; two people handle the seating list and phones, and when you sign in, they give you one of those devices that buzzes when they’re ready for you.

While you wait, you can check out the cool mural inside. It depicts Route 66 from west to east in legendary fashion. Al Capone is in Chicago, John Wayne is in Arizona and in L.A., James Dean and Marilyn Monroe share a motorcycle. Tin advertising signs and Route 66-embroidered booth backs, seen below, add flair.

The menu has, by my count, 23 styles of pancakes, including Hawaiian, cream of wheat, pecan and bacon, as well as crepes, waffles, french toasts, skillets and, if you’d rather have lunch, sandwiches and salads. I went for cinnamon apple pancakes ($8.89) plus two eggs and sausages ($2.39 extra).

My three pancakes were exceedingly fluffy, with slivers of apples as well as an apple compote on the side in lieu of syrup. Really good.

“No rush at all,” the server said as she left my check. I had one pancake left, and I realized I was suddenly too sluggish to rush. But I did manage to finish. Flappy Jack’s is so busy you probably won’t feel comfortable lingering, as everyone from the staff to the mobs waiting for a seat want you gone, but you can’t blame them, and the food’s good.

When I left, shortly after 9 a.m., a dozen people were outside, waiting for a table. They should have gotten there earlier. 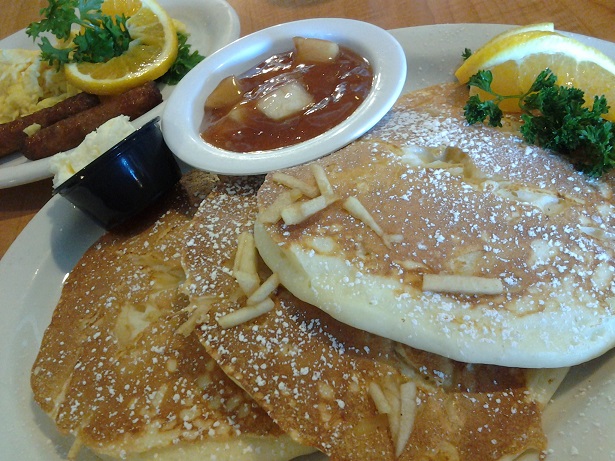 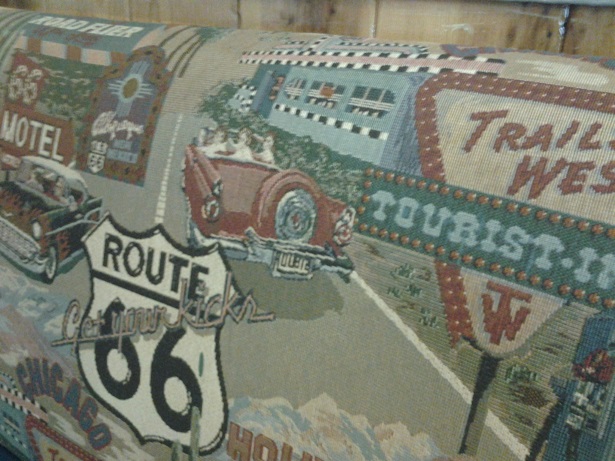