In a short followup to my recent column about Debbie Reynolds’ visit to Montclair Plaza, a cute anecdote turned up that begged to be shared. Also: the author of the California wine history book “Tangled Vines” is headed to Claremont, plus more cultural news of note and a Valley Vignette, all in Wednesday’s column. 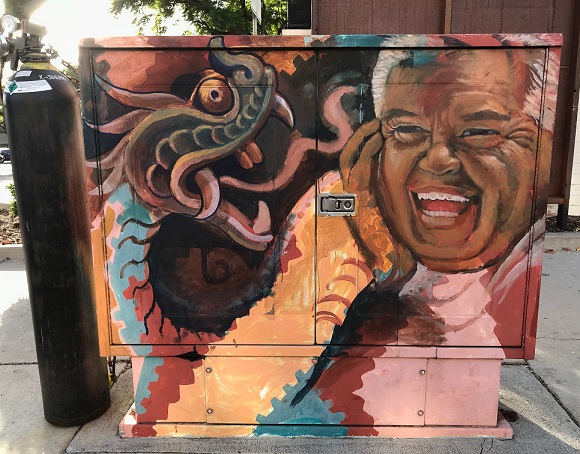 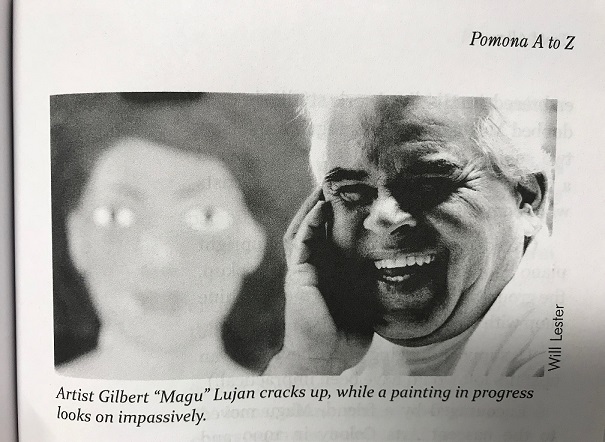 I went to Ontario’s council meeting Tuesday and found some humor, including a proposal for sleeping pods. It got deep-sixed. The tale is told leisurely in Sunday’s column.

Did you know Cal Poly Pomona has two student mariachi groups? Mariachi Los Broncos and Mariachi Los Cabelleros learn the artform in class and perform around campus and the community. I sit in on a rehearsal before concerts this weekend in Claremont and Pomona for Friday’s column. 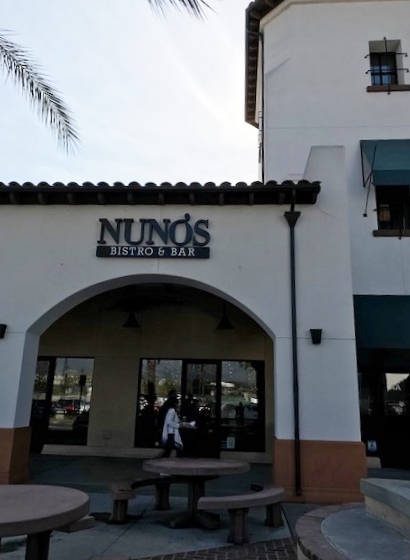 Nuno’s is Claremont-adjacent, and probably considered Claremont by most who visit and Montclair by many of the rest; it’s in the College Park center that also has a Legends, Bakers, Juancho’s and Noodle World Jr.

Nuno’s is an offshoot of the definitely-Claremont Euro Cafe up on Base Line, which specializes in Portuguese food. Nuno’s, run by the family’s son, is a more elegant version with table service. Pronunciation note: There’s no tilde in the name, which should be pronounced “noo-nose.”

I’d seen it and heard good things, but on my occasional cheap, solo dinners in the center, I would look in at the dimly lighted Nuno’s, see couples and groups drinking wine and being convivial, and decide it was not for the likes of me. A convivial friend who’s been there a few times with his wife said my sense of the scene was accurate. But he and I recently met up there for lunch, which is more my speed.

It’s a modernist space, all high ceilings, bare floors and art on the walls, with a three-sided bar and light pouring in during the day. The menu, which doesn’t seem to be on the Nuno’s website no matter how many times you click on the “menu” tab, has a sort of generalized European fare, with breakfast, tapas, pizzas, salads and sandwiches. Lunch specials range from $25 to $36, so prepare yourself accordingly. 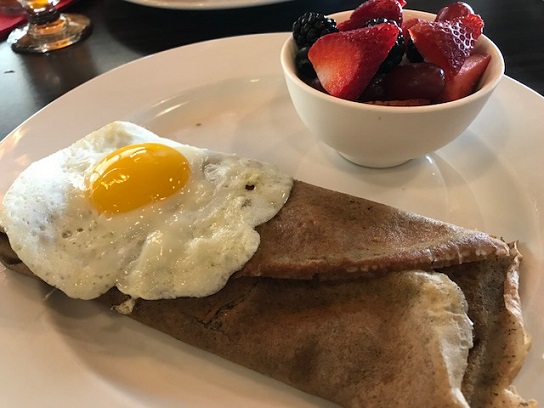 But there is lower-priced fare for the wage-slave budget. I had the crepe marieke ($11), with crimini mushrooms, spinach and cheese inside a buckwheat crepe, a fried egg on top and truffle oil drizzle. I liked how it sounded and liked how it tasted. This came with a side of fruit: grapes, strawberries, blackberries and melon, a refreshing accompaniment.

My friend had the BLAT ($14), with applewood-smoked bacon, tomato relish and levain bread, not to mention L and A. He liked it, singling out the “hot snap” of the piri piri aioli. (“Piri piri aioli” is so fun to type I’m doing it again.) 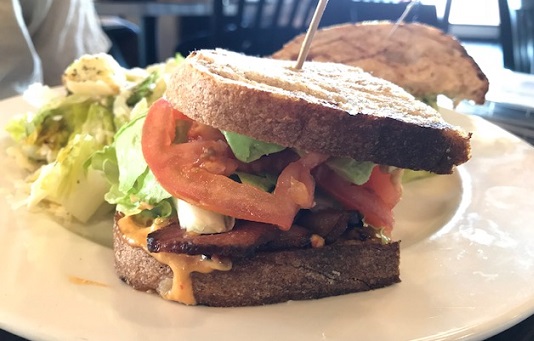 Of the dinners, he said he’s liked the patatas bravas, thought the charcuterie was OK and didn’t like the paella.

Let me note, too, that the service was of the friendly but low-key quality one rarely encounters in these parts.

I’m glad I gave Nuno’s a try. It’s one of the better local restaurants. And lunch is relaxed enough that your casual, low-budget and not so convivial columnist may return. 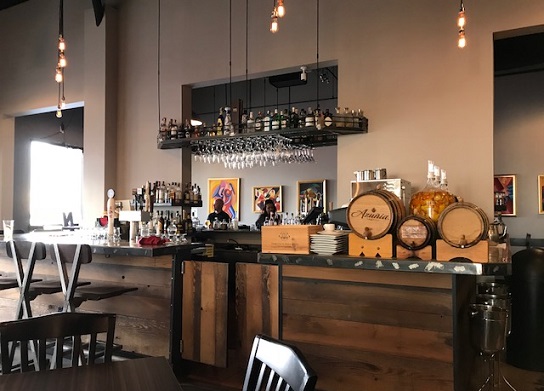 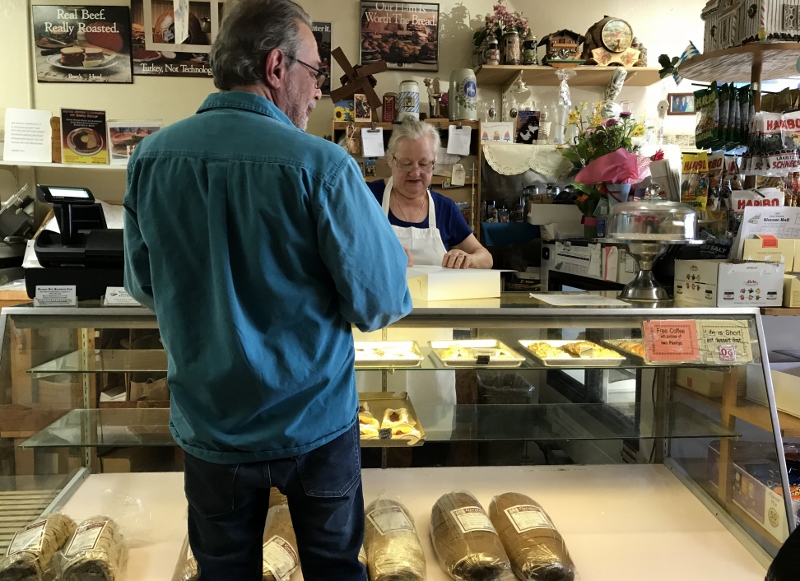 They’ve been serving up German food at Upland German Deli since 1977. And the owner loves kidding her customers — although she’s so straight-faced, sometimes they don’t know it. (Ask for a to-go box and see what happens.) I’ve been meaning to introduce myself to the owners and interview them ever since I got back from Germany last August. Last week I finally got around to it, a story that is told in Wednesday’s column.

It’s had a quiet rollout, but a new city law in Montclair is bound to start getting attention. Pedestrians can no longer legally use their phone or cover both ears while crossing the street. Montclair may be the first such city in the continental United States to pass such a law. Check out Sunday’s column for the details.

Myrlie Evers and James Lawson are coming to Bridges Auditorium to speak. I tell you about that, and them, as well as present eight Culture Corner items and a Valley Vignette, all in Friday’s column. 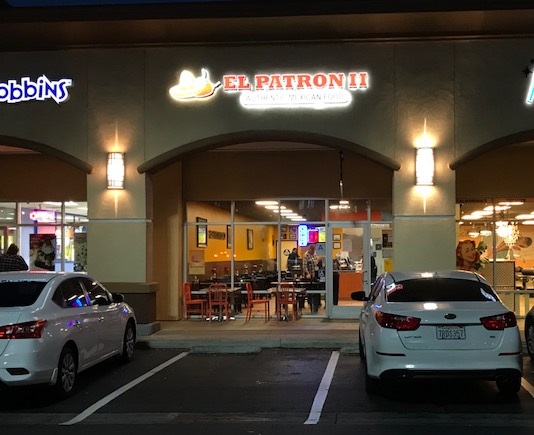 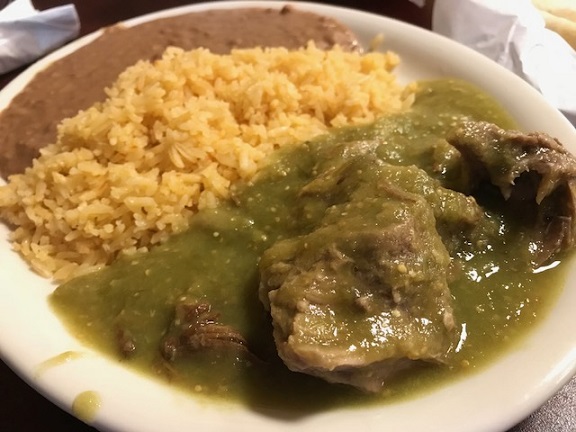 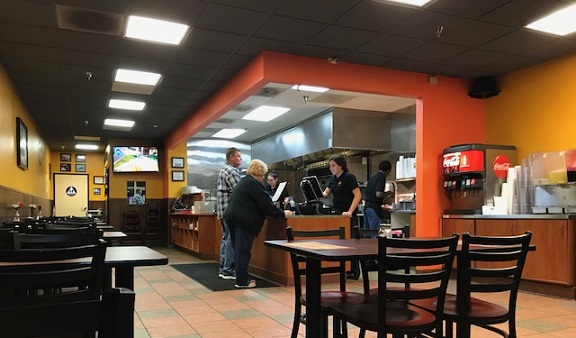 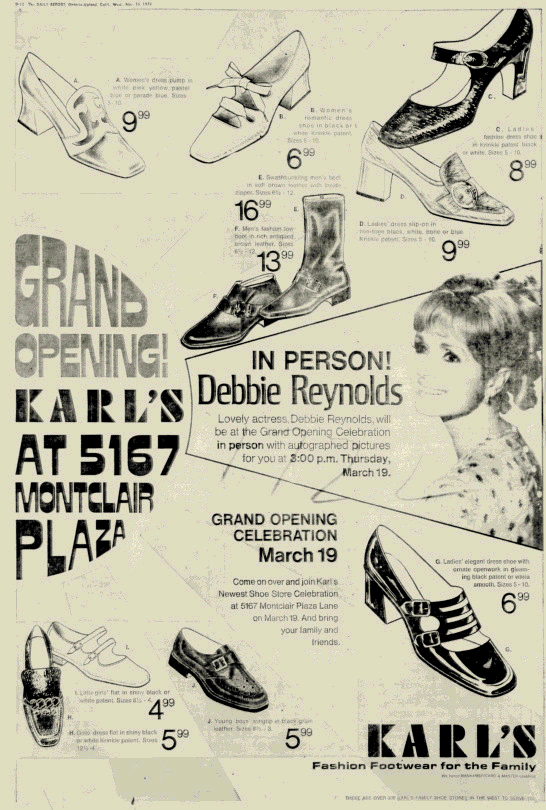 In 1970, Debbie Reynolds cut the ribbon at the shoe store owned by her then-husband in Montclair Plaza, Karl’s Shoes. Some people remember the day, and one had his photo taken with her. I tell the story in Wednesday’s column. Above, the advertisement from the Daily Report.