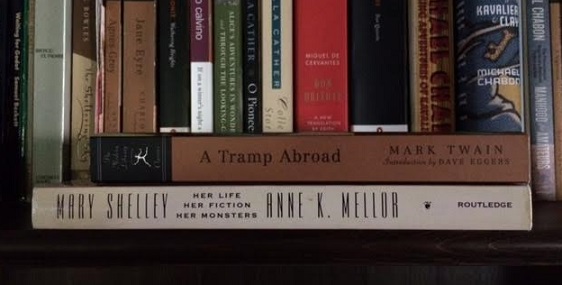 Happy New Year, readers! A fresh year, a fresh start. What will this year hold for our reading lives? Books and plenty of ’em, let’s hope, with good ones outnumbering the duds, likewise.

January saw me finish two books. Not an auspicious start, perhaps, but one has to start somehow. And as these books were rather dense, maybe it qualifies as an auspicious start after all. One was a biography and analysis of Mary Shelley’s life and work, the other an 1880 travel memoir by America’s arguably greatest writer.

You’ll recall that last year I read “Frankenstein” and “The Last Man,” not to mention Muriel Spark’s biography of Shelley. Putting a bow on my mild obsession, Mellor’s book (bought earlier in the year at Iliad in North Hollywood) was begun in December and finished the first few days of January.

The UCLA prof approaches her subject from a feminist perspective, and she’ll make you think of “Frankenstein” in a fresh way, both textually (disaster occurs when a man tries to have a baby without a woman — mull that a moment) and biographically (when Victor Frankenstein flees from his newborn creation, is Shelley criticizing her husband’s poor parenting skills?). Good analysis of the underrated “The Last Man” too. For scholarship, quite readable, but it’s docked for use of the words “teleological,” “semiotics” and “phenomenological.”

Twain’s fourth of five travel memoirs has been a sort of white whale for me, to invoke another great American author. I was reading a Twain a year through 2011. I planned to read “A Tramp Abroad” in 2012 and then 2013. In my review of my 2013 reading at the start of 2014, this is what I wrote: “How did I not read any Mark Twain for two straight years?! Definitely I’ll read ‘A Tramp Abroad’ this year. Of course, last year in this space I said I’d be starting it ‘any day now.’ I won’t make that promise, but I will read it.”

Heh. What with one thing or another, it kept getting put off. But last year I read his “Autobiography,” and early in January I started “A Tramp Abroad.” Let me note that I read an abridged version in high school, one prepared by Charles Neider, a respected Twain scholar, who said the full book was padded with digressions and dull appendices. But as a grownup, and more of a Twainiac, I wanted to read the full book (bought from Amazon back when I thought I’d be reading it momentarily).

“Tramp” does have its ho-hum passages, and overall Twain’s journey through Germany and Switzerland doesn’t have quite the zing or variety as “Innocents Abroad,” “Roughing It” or “Life on the Mississippi.” So, big deal, it’s a 4-star book, not a 5-star book. “Tramp” is wry, smart, sly, insightful, descriptive and hilarious. You owe it to yourself to read Chapter 13, in which Twain stumbles around his hotel room in the dark rather than risk awaking his travel companion. It is so relatable, one of those pieces of writing that bridges the gulf of years, and if you don’t laugh aloud, you have a funny bone of stone. Visit your local library or download the book just for that chapter.

All that said, Neider’s compressed version of “Tramp” would suit most readers. But I’m happy to have read the full version. It felt very good getting this one out of the way at last, and ditto with the Shelley holdover.

February will see me pick up the pace a bit, I think. For 2017, I may hit 40 again, my total from last year, and many of the books I expect to read are ones that have been waiting for me the past couple of years as my reading choices skewed to my oldest books. I’m really looking forward to this reading year. It feels like I’m back on track.

How was your January, and what do you expect from 2017 as a reader?

Next month: Four or five books, man — with “man” in their titles. 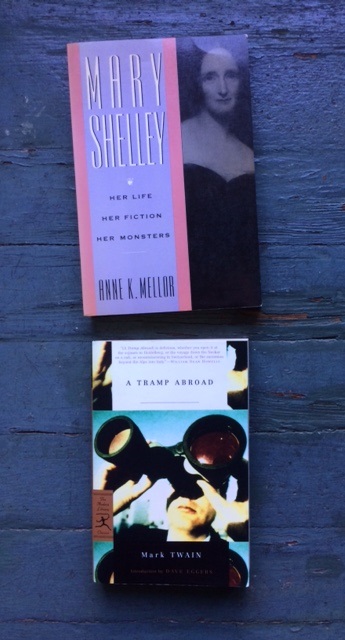 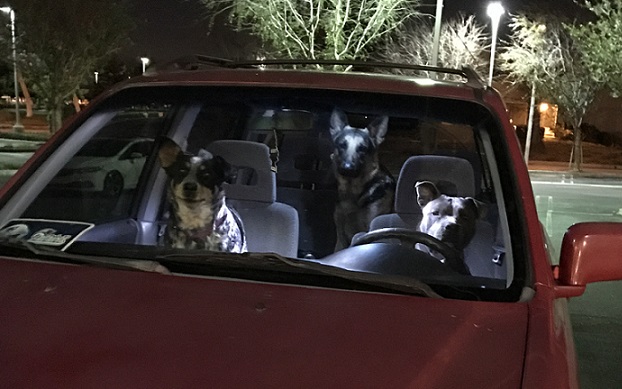 I have a new book, collecting select columns from 1997 to 2000. Title: “Getting Started.” I write about it, and list upcoming events about it, in Sunday’s slightly self-promotional column. 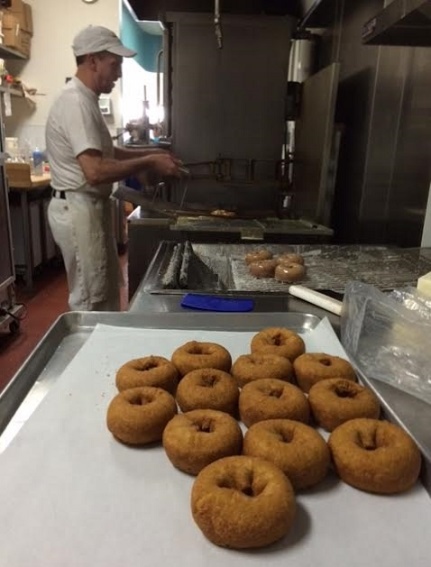 A couple in Rancho Cucamonga are almost constantly at the bakery they opened just over a year ago. They unexpectedly got a reward when BuzzFeed named their little-known Cake Among Us Bakery & Donuts as the best donut shop in California. Their story is in my Friday column. Above, co-owner Scott McCaslin has just made some vegan pistachio doughnuts. 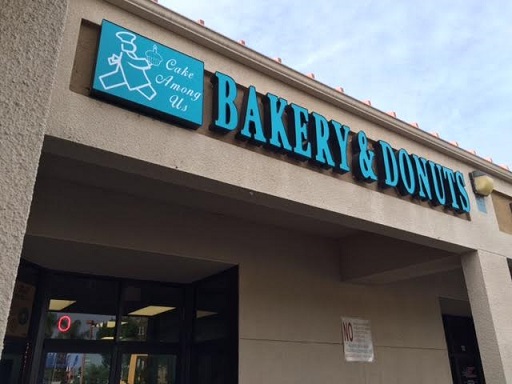 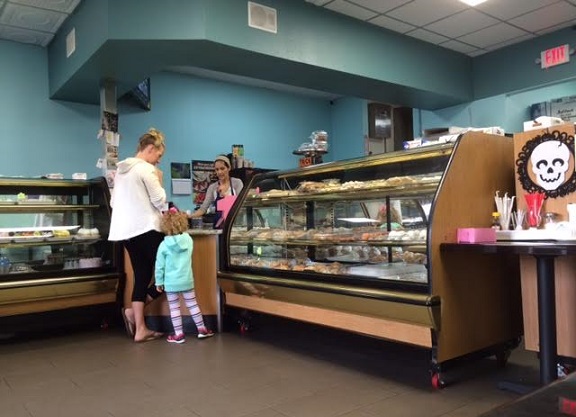 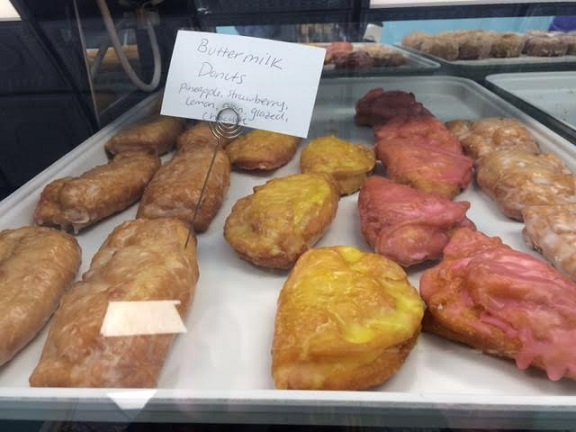 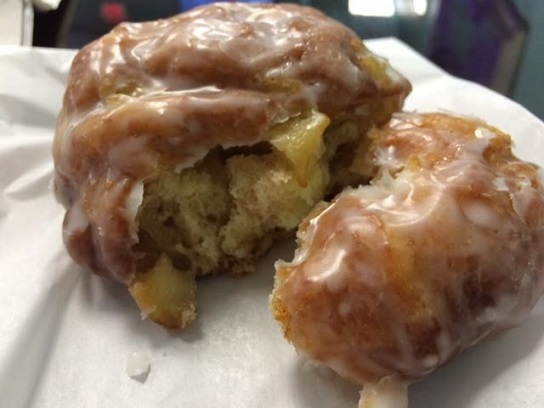 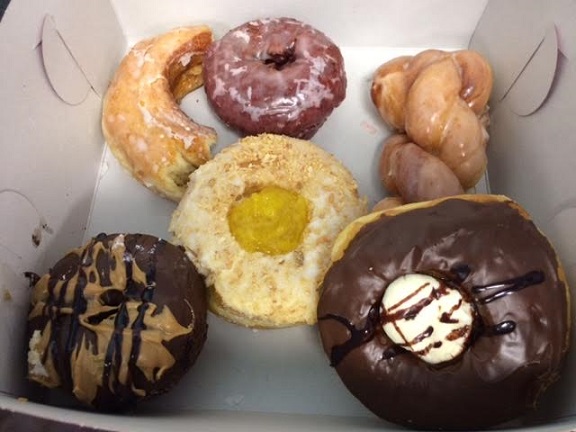 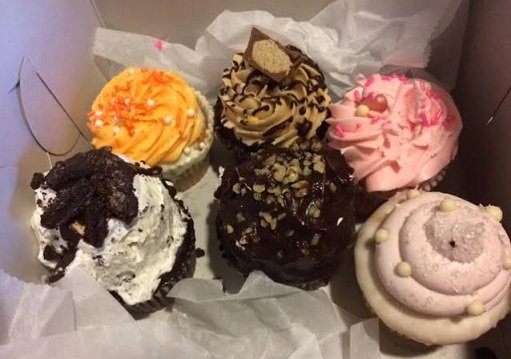 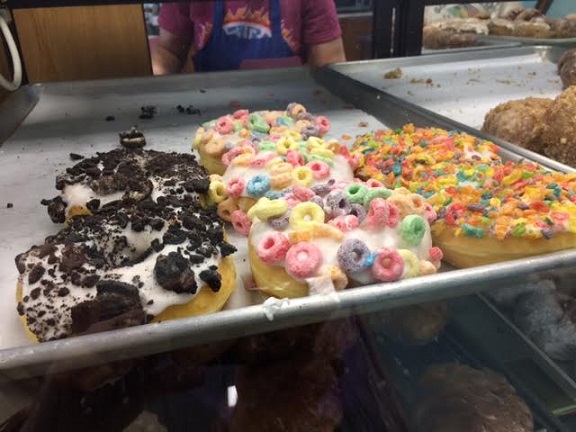 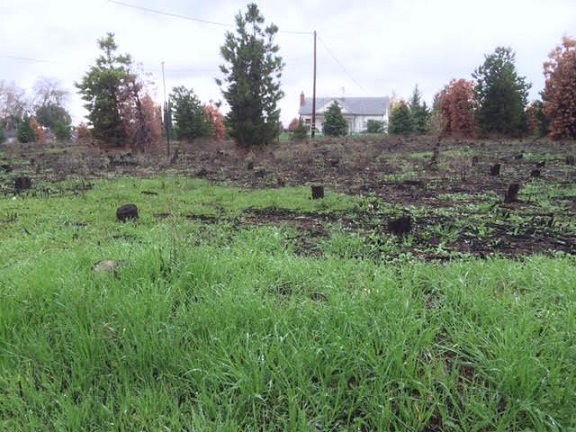 A former grove and Christmas tree farm in Rancho Cucamonga has been sold for housing. I have a brief history on that, followed by four Valley Vignettes and four newspaper-related items, all in Wednesday’s column. 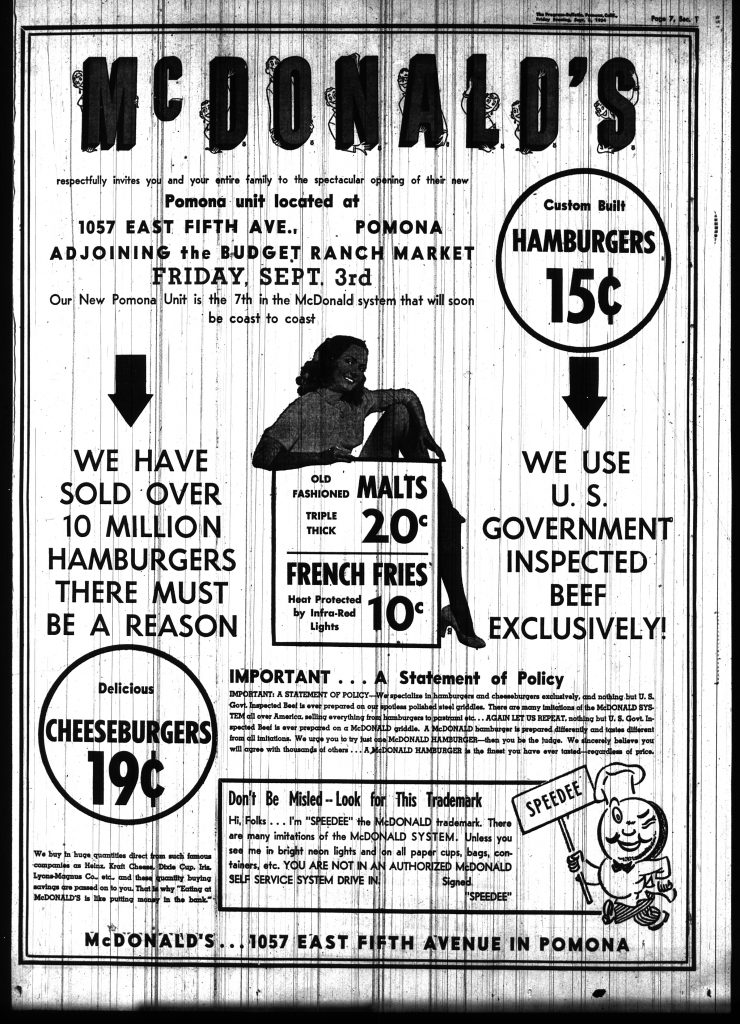 We’ve written about “the dips” on Base Line/16th Street (and 19th Street too) and other bits of local lore or urban legends beloved by people who were teenagers here at the right time, like the Green Mist in Chino Hills and rumors of a town for little people somewhere in the foothills. Here’s another one: Gravity Hill.

The handiest description I have came from a 2015 letter to me from reader Jerry Terrill of Claremont in which he commented on various historical subjects. Here’s what he had to say:

“This was a narrow isolated street in the north end of Upland, now gone but probably in the area of the dam. In the daytime or at night, the street definitely had an uphill appearance, but if you stopped your car, or got out and put a round object (most often an orange) on the pavement, it (the car or the object) would seemingly roll uphill, countering the gravity. Thus, Gravity Hill. It was some sort of optical illusion caused by the surrounding terrain, but it sure was convincing.”

Shades of the Mystery Spot! Do any of you remember Gravity Hill or have your own stories about it? 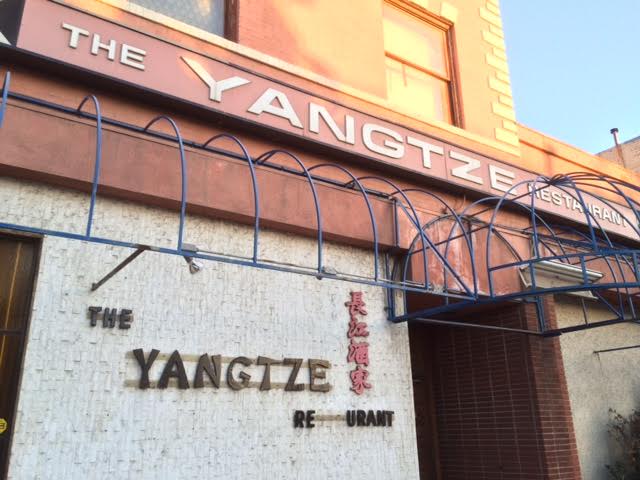 The owner of the Yangtze restaurant in downtown Ontario adamantly refused to sell her buildings to City Hall in the mid-2000s. But now, the buildings have been sold to City Hall, and at a discount. Real estate machinations, history and ambitious plans make up Sunday’s column. 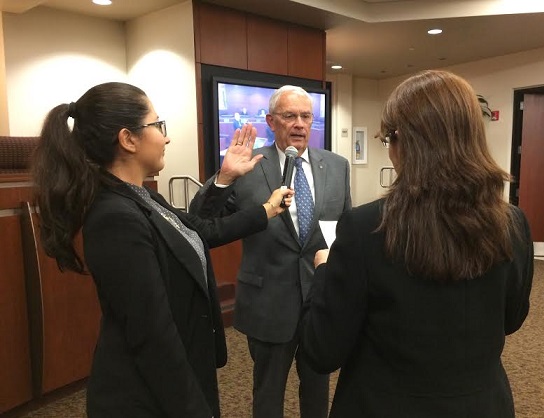 In Chino, where the newest council member was seated in 2001, there’s finally a new face. Gary George was picked from a field of 26 applicants. I write about that, and poke a little fun, in Friday’s column, as well as alerting you to a chance to see a silent-film classic Saturday in Pomona.