I’ve been meaning to follow up on my April column on turning 55 and discounts pertaining thereto (cough), having received a fair amount of comment. Finally I sat down to write up what I had. The result is a meandering effort, pleasantly so I hope, that makes up Sunday’s column.

About the only thing that happened at the June 19 Rancho Cucamonga City Council meeting, which I attended, was an amusing public comment period. I sat down this week to see if I could pull something out of that without naming and/or glorifying anyone involved, and what I came up with seemed to work. That got me started on an items column. I followed with an account of some concert patter by musician John York in Claremont, a correction of my premature report of the demise of two long-lived Pomona-area clubs and an Azusa angle to an Oakland tragedy. Read all that in Friday’s column. 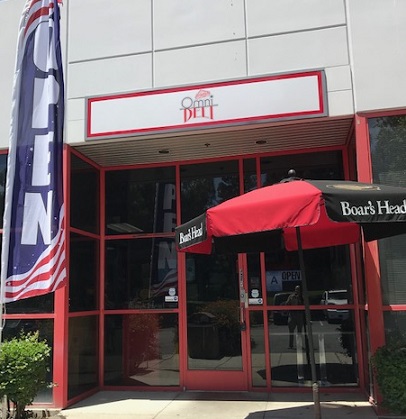 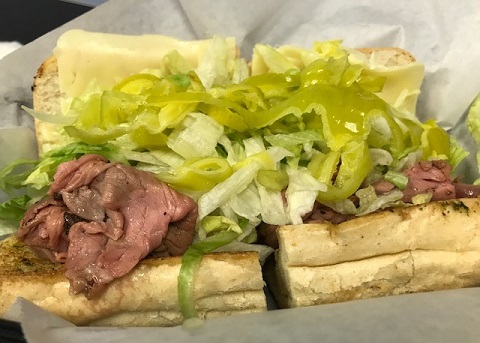 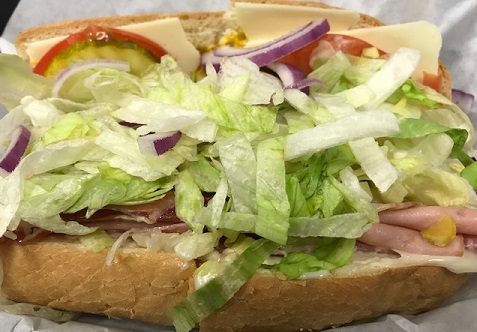 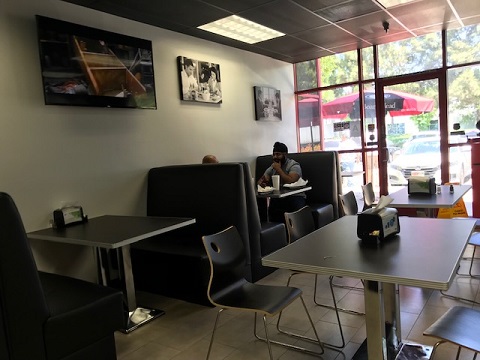 Following up on a column from March, I write about the completion of the People’s Map project for the East San Gabriel Valley, which resulted in a newsprint publication with features on 22 people. I’m one of them. Read about that in my Wednesday column.

An Upland institution is closing. Mitchell’s Plumbing was founded in 1938 and has been at 2nd and D streets downtown since 1942. But after the death of the third-generation owner, a year after his brother, there were no Mitchells involved in the business. So the family decided to shut it down. The last day is June 28. Sunday’s column tells the Mitchell’s story, as well as sharing one of my own anecdotes about the business. 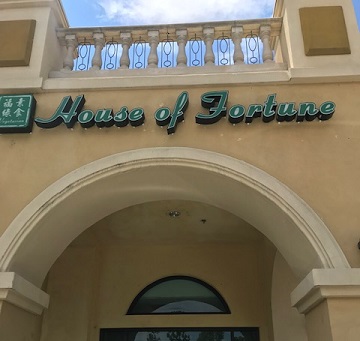 Chino Hills is where the Chinese food action is, but there’s spillover to neighboring Chino. House of Fortune, on the east side of the 71 Freeway, is near the Asian food hall Cravings. Also of note: House of Fortune is all vegetarian.

It says so right on the menu. 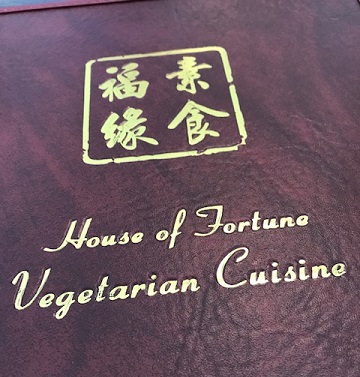 I was there for lunch with three friends recently, the ones with whom I get together every quarter or so for a lunch for one of these Restaurant of the Week pieces. Our resident vegan chose the restaurant, saying she’d been here multiple times. The rest of us are omnivores. 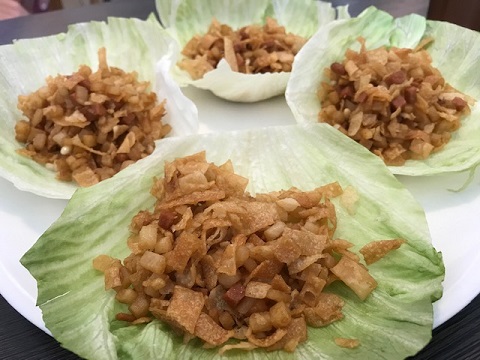 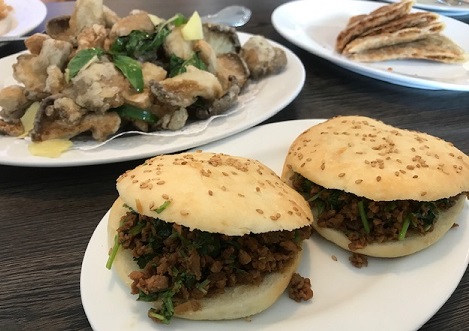 These were winners. The pancakes, which were sort of like quesadillas, were my favorite. The veggie buns, similar to ones I had at Lotus Cafe in Rancho Cucamonga except vegetarian, were tasty too. I liked the mushrooms, but they were a bit salty. 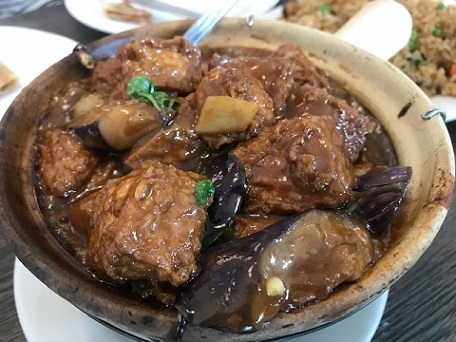 We also had clay pot eggplant tofu ($11, above), and veggie chicken fried rice ($9.25, not pictured), which I avoided, as I have an aversion to fried rice with peas and diced carrots. The tofu was OK but was my least favorite.

One of us said the mushrooms were “phenomenal” and the eggplant tofu “surprisingly good.”

Another said of the meal: “Jokey response could be: ‘It didn’t make me a vegan.'” (Since the comment is now on the blog, it’s gone from “could be” to “is.”) He added, more seriously: “Nice to cross the final frontier once in a while and taste the other side.” This is almost certainly the first Restaurant of the Week with a “Star Trek” reference.

So, overall, one of us was wowed, the rest of us were impressed. Let me add, the service was notably good for a Chinese restaurant; our bilingual, or perhaps multilingual, server spoke flawless English and was friendly to boot. 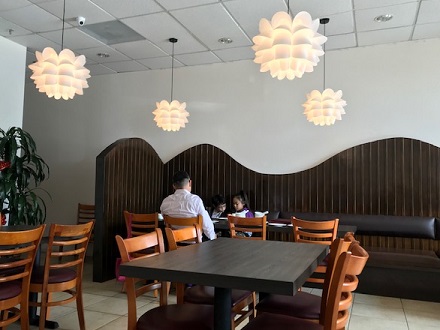 I went to a special Upland meeting Monday night about a seemingly non-Upland proposal: giant warehouses off Foothill Boulevard. That’s the subject of my Wednesday column. (It’s my first Upland column in a while, by the way.)

Who says local government is dull? Chino Valley Independent Fire District meetings have gone off the rails as the board attempts to corral dissident member Winn Williams. If your jaw doesn’t drop at least twice while reading Sunday’s column, I’ve failed. Unless your jaw opens once and stays that way for the duration.