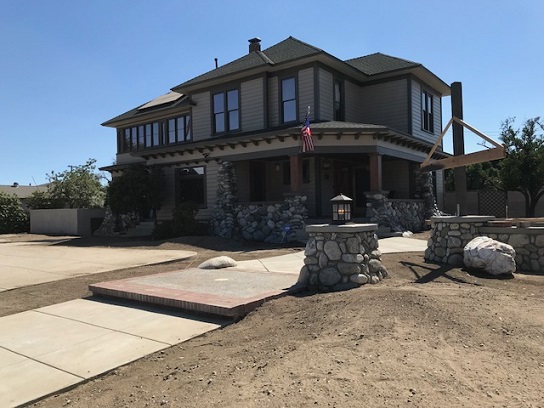 The home at 1195 Washington Avenue in Pomona is undergoing extensive renovation. An event Sunday will celebrate the work done so far and include the installation of a plaque designating the home where child star Jon Provost lived as a city landmark. Come check it out from 1 to 4 p.m. that day. In the meantime, won’t you read my Friday column about the house? 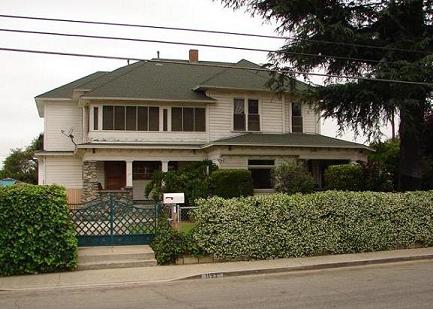 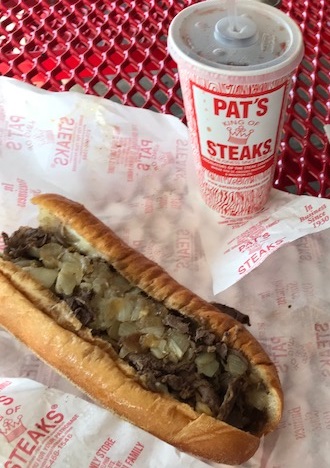 Last week I spent four nights in Philadelphia, which is known for a few food items, none of them highbrow. Above is a cheesesteak from Pat’s King of Steaks. Pat’s is across an (angled) intersection from its equally famous competitor, Geno’s. I got mine with onions and with provolone rather than the other option, Cheez Wiz. Some things are just too much. 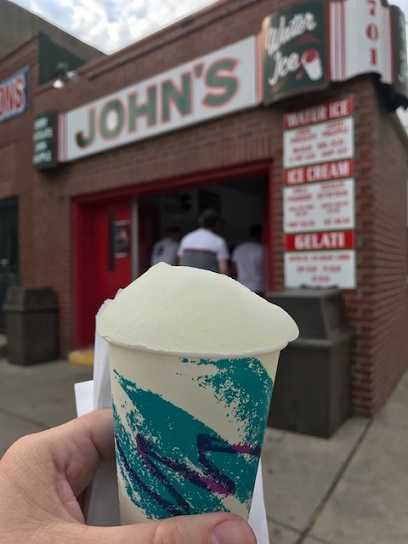 Water ice is a redundantly named dessert, finely ground ice with flavoring. You eat it with a spoon. I went to John’s, the recommended spot. Cool and refreshing. I also had one that was half ice cream, half water ice, from Rita’s, a Philly-based chain that briefly had a Chino Hills location and still has one in Glendora last I checked. 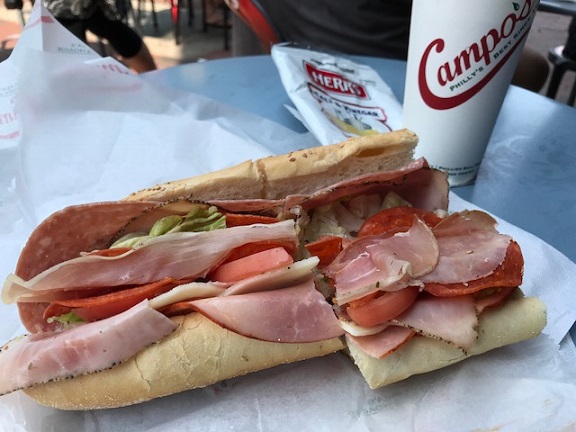 The hoagie, also known as a submarine sandwich (and hero sandwich, and grinder), is another Philly specialty. The Italian, above, is from Campo’s, a local favorite. 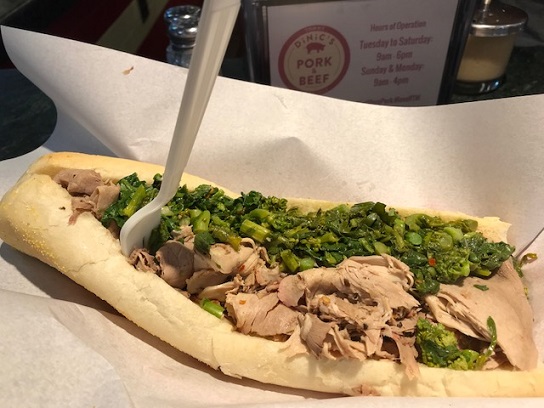 Roasted pork is another local item. The one above is from DiNic’s, a longtime stand in Reading Terminal Market. The recommended garnish was broccoli rabe — that was different — plus sharp provolone.

I expect to write Sunday about Philadelphia, but this is the food portion!

My Restaurant of the Week feature will return next week, I hope; it’s a short week, what with a holiday in the middle, which will complicate getting three columns written, much less a restaurant piece (and, perhaps, a Reading Log). But I have notes and photos on four local restaurants, just awaiting my attention as soon as time permits.

Have you been to Philadelphia and had any of these items, or others?

I returned to an Upland City Council meeting for more drama, and I was not disappointed. The result is Wednesday’s column.

Vacation was fab, by the way, and will be the subject of, I hope, Sunday’s column. Had to get some news out of the way first, and another locally based piece is coming for Friday.

I wrote last week about Robert F. Kennedy’s visit to Pomona (and Ontario and Fontana). In response, a couple dozen people commented on a Pomona Facebook page with their memories of that day. I turned that into Friday’s column.

(Only a handful commented on an Ontario page, and their memories didn’t square with the facts. The most detailed involved Kennedy driving up Euclid Avenue, which to my knowledge never happened, and doing so the day he was shot.)

I’m on vacation and won’t have Restaurant of the Week posts today or next week. I did manage to write one column ahead, for Friday, but that’s it. The RoW should return June 28. In the meantime, I’m afraid, you’re on your own. 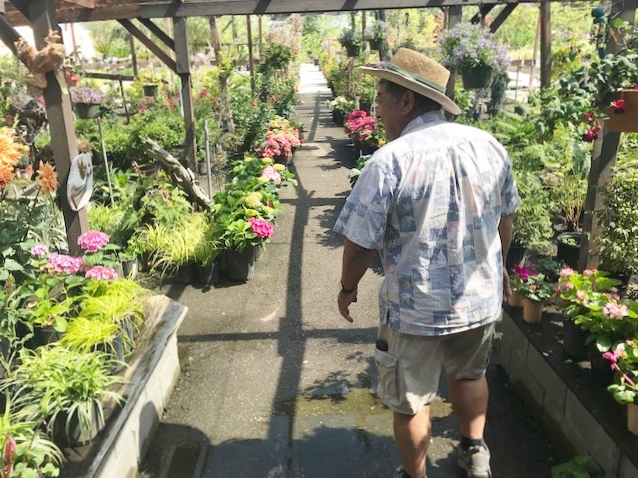 A long-lived local nursery, Mt. Fuji Garden Center, will be closing up shop soon after its owners decided to sell the property on Upland’s Foothill Boulevard. I’ve passed by for years. But this week I visited for a tour and a visit. I write about Mt. Fuji (and how it got its name) in Friday’s column. Above, business owner Lindsay Shiba.