Father Bill Moore, the painter about whom I wrote in September, died last week of cancer. I write about him in Friday’s column, followed by items about filming in Claremont, a singer from Pomona and a famous skeptic’s death that has an Upland angle.

Did you know Wednesday is National Chocolate Day? I visit Laymon Candy, which has been turning out clusters, taffy, fudge and more since 1927 in San Bernardino and Colton. The family-owned business is bringing in its fourth generation. I tour the factory for Wednesday’s column.

The Los Angeles Public Library’s Edendale branch in Echo Park let me know that its new “Good Trouble” book club will discuss Riverside writer Susan Straight’s memoir “In the Country of Women,” subject of a recent column of mine, at 4 p.m. Oct. 21 — that’s this Wednesday — and that Straight herself will join them at 4 p.m. Oct. 28. All by Zoom, natch. Email Eden@lapl.org for the Zoom link.

San Bernardino’s legendary Mitla Cafe got to Round 4 of the Tortilla Tournament in the corn tortilla bracket before falling to the reigning champion in Costa Mesa, a nice showing for both Mitla and the 909. Anyway, this modest news hook provides a good excuse to write about Mitla, which I do in Sunday’s column.

Mitla (pronounced “Meet-la”) was the subject of a Restaurant of the Week post in 2015 and was overdue for a column now that I’m in the Sun and thus have a San Bernardino-area readership. (And in the Press-Enterprise with a Riverside-area readership, hence last Sunday’s column on Anchos Southwest Grill.)

So it was high time I went there and introduced myself. Because they’re not doing dine-in, I didn’t order food to go, unsure where I would eat it. As I drove away, I saw a shady park less than a block away. D’oh! Well, next time.

While I won’t try to do the impossible and track every time Van Halen performed in the 909, I can’t resist a story about them playing a dance at Claremont High School. A school dance! Also: three more items, including one contributed by my mom, all in my Friday column.

With its 73rd summertime concert series scrubbed, five members of the venerable Pomona Concert Band are rehearsing in a driveway each week. They range in age from 27 to 93, and they’re used to playing in the open air, but usually from the Ganesha Park bandshell. I visit with them in Wednesday’s column.

The flour tortillas at a Riverside restaurant, Anchos Southwest Grill, are a marvel. And, entered in the KCRW Tortilla Tournament, they scored an upset over a famed DTLA restaurant’s tortillas. I visit Anchos to learn more about its tortillas in Sunday’s column.

Before they were famous, Van Halen played multiple times in Pomona at Walter Mitty’s and The Connection and in San Bernardino at Eros & Bogart. They might perform for hours, with five sets per night of 45 minutes each. I write about those days in my Friday column.

The Colton school board has put “The Bluest Eye” by Toni Morrison back on the district’s high school curriculum, six months after removing it. PEN America hails the decision. I do too, in my own way, in Wednesday’s column. (I’m honest and admit I haven’t read the book. But I’m all for free expression.)

I link within the column to the Colton reading list for grades 7 to 12; here the link. It may not strike some of you, or most of you, as anything out of the ordinary, especially if you had a California education. Friends have told me about reading, say, “Moby Dick” in high school. As someone with an Illinois education, in a small town, this list boggles my mind. No doubt many of the books are not taught, or only a few pages are photocopied and disseminated, but it’s still far beyond anything given to me to read.

The most ambitious book we read was Mark Twain’s “Connecticut Yankee,” and that was merely an option in an advanced English class, only two of us chose it, and the version we got was abridged! 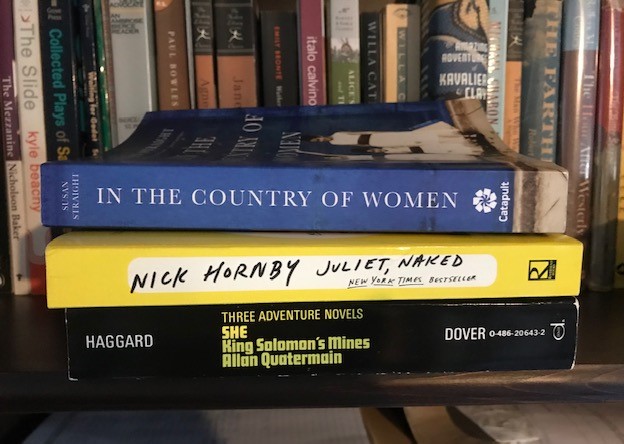 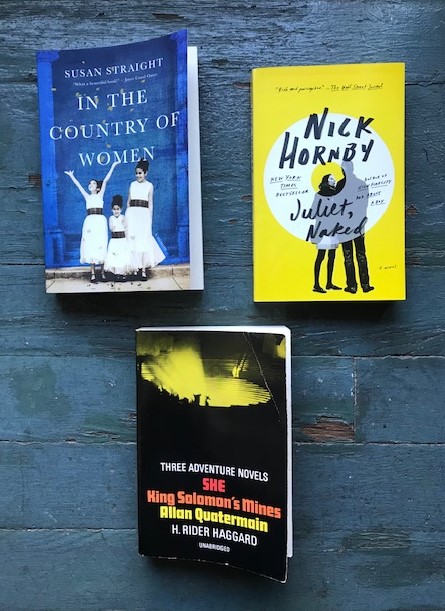