A story kind of fell in my lap as I walked out of Upland City Hall to see work being done to the Veterans Monument to deter skaters. That seemed newsworthy and became the top part of Friday’s column, followed by a Cinema Corner and other items. (Several other items prepared for the column are bumped to next week, or never. That’s the way the items crumble, folks.) 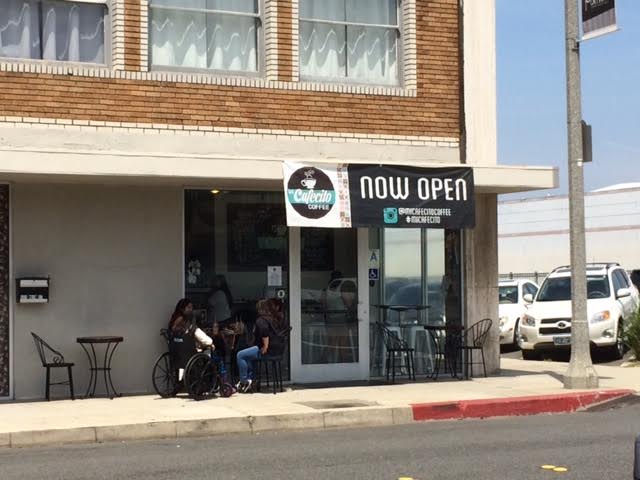 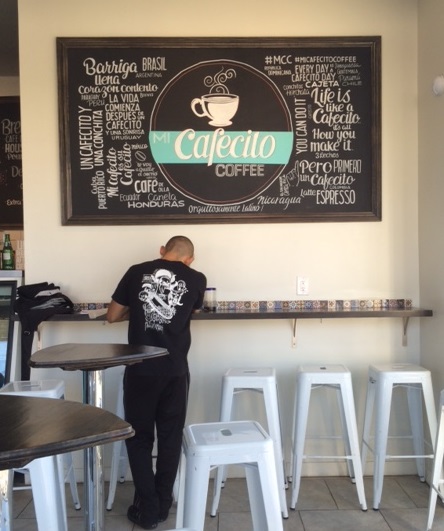 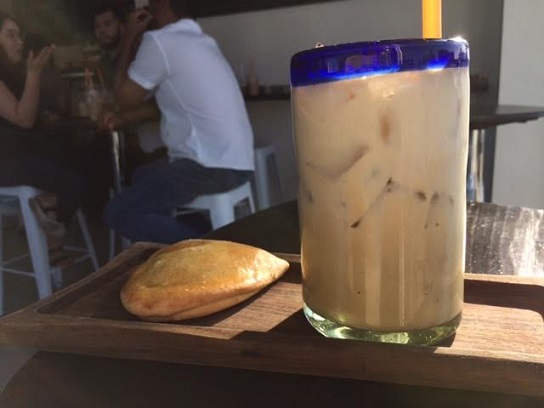 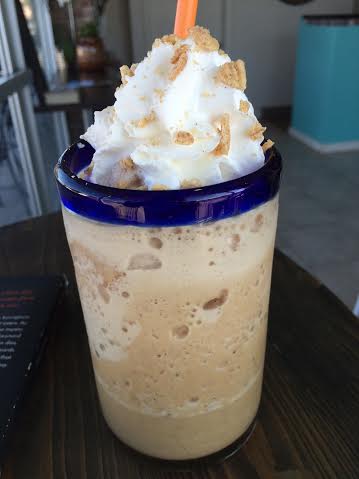 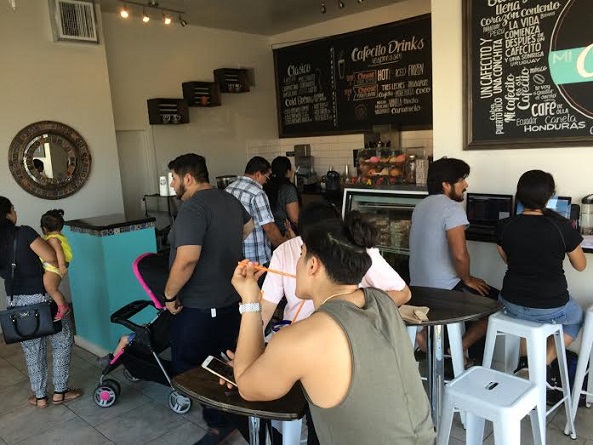 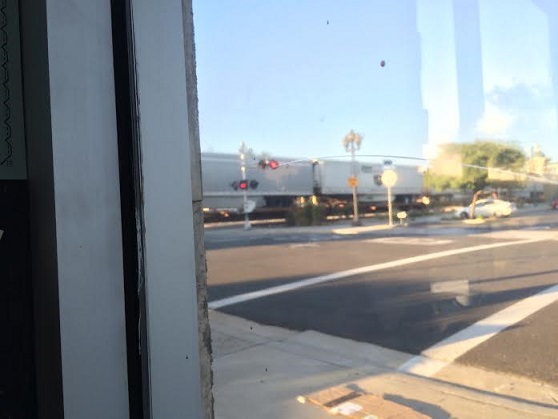 A beloved tree in Pomona is spared the ax for a second time as the permit to chop it down is revoked. A strange tale of civic bureaucracy, a crying neighbor, a homeowner’s plumbing issues, a council member’s phone call and more makes up Wednesday’s column. 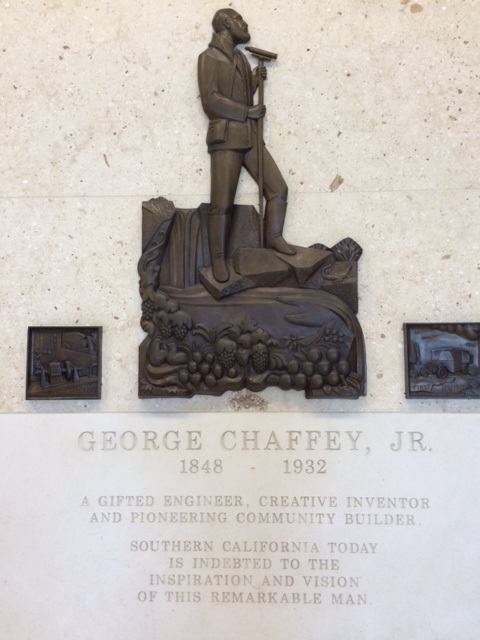 Traveling from Ontario International in June, I paused to take a look at the George Chaffey relief sculptures on permanent display in Terminal 4. They were done in 1998 by sculptor John Svenson, who died in April.

With Svenson’s life and work fresh in my mind, and with time before my flight, this was a good opportunity to examine them more closely, and take photos to document them here, a less harried place than an airport, for everyone’s examination and contemplation.

The individual panels, presented in a row (two can be seen above), illustrate aspects of the Ontario and Upland founder’s legacy or accomplishments, followed by an angled view of the main image, to highlight the lizard at Chaffey’s foot, and the artist statement.

Take a look at the sculptures in person next time you’re flying Southwest, and reflect on Chaffey, not to mention Svenson. 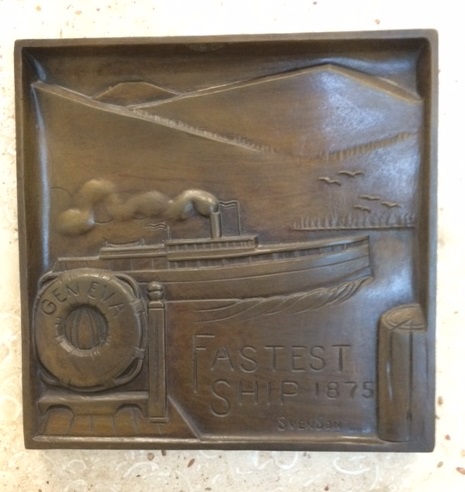 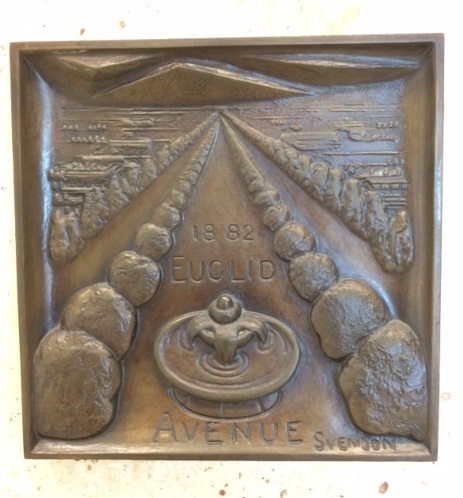 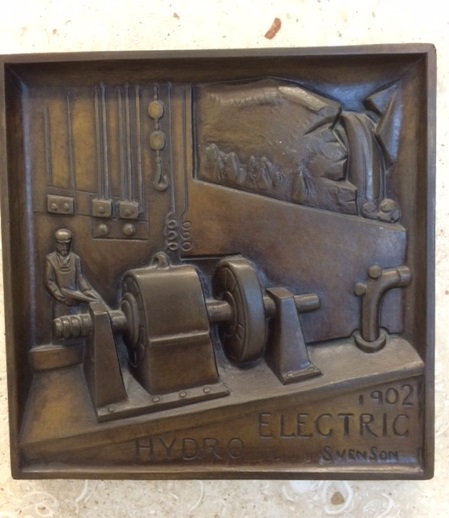 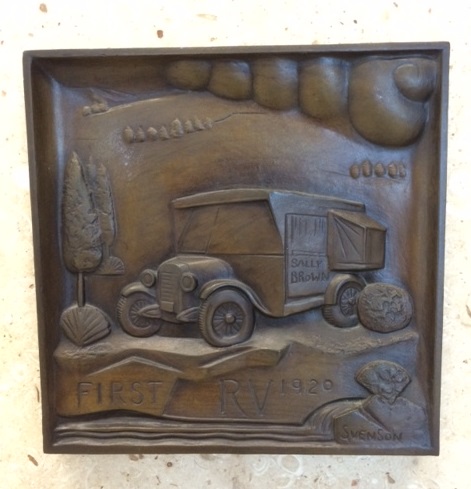 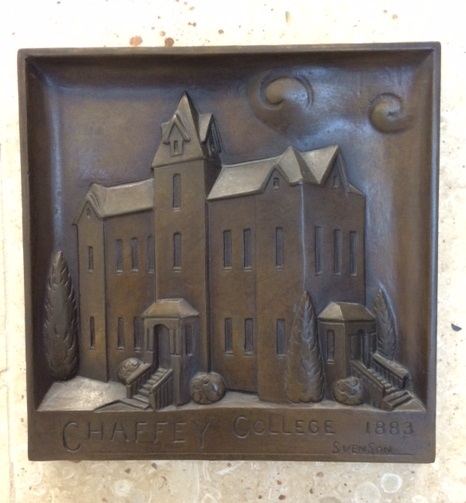 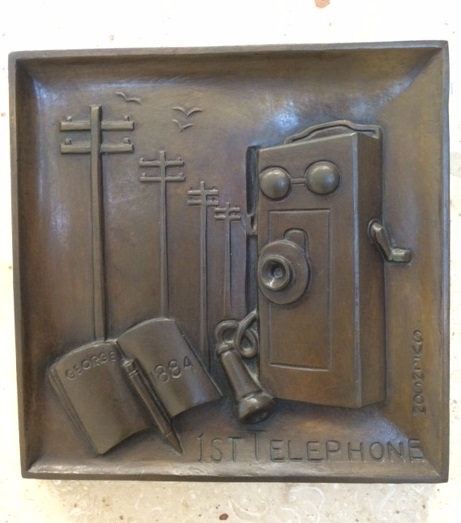 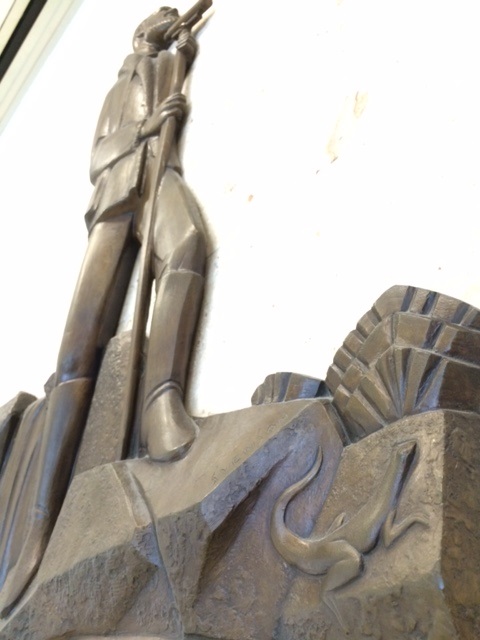 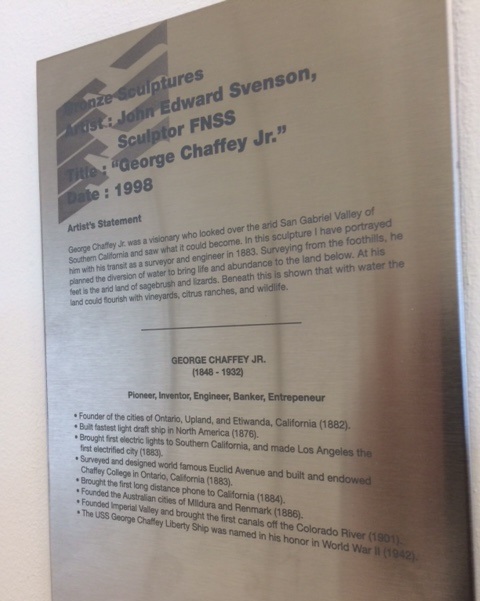 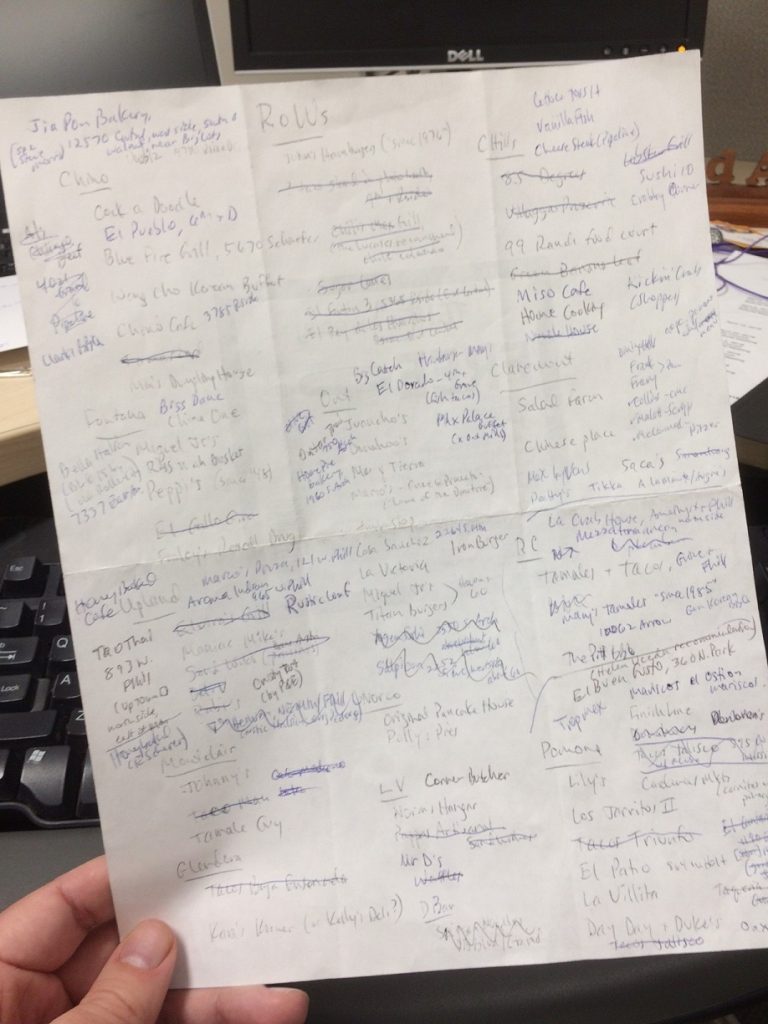 A few years ago, I started jotting down Restaurant of the Week possibilities by city, crossing out spots where I went or that closed, adding new spots that I saw or that were suggested to me. It was only recently that I started over with a fresh sheet of paper. Above is the endlessly revised first list; click on it for a readable view if you like. Even without clicking, one thing is obvious: This list should have been tossed long before I finally did so.

A T-shirt manufacturer is relocating to Ontario from Orange County and taking over the former Sunkist plant. A ceremonial ground-breaking took place Friday and I was there to hear more, especially about the landmark water tower, now newly refurbished. That makes up my Sunday column. 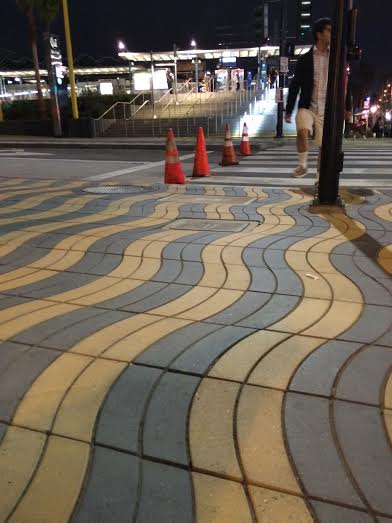 For Friday’s column, I write about traveling the breadth of the Metro rail network, Azusa to Santa Monica, for dinner. It was a long night, but a cheap one. Above, a view of the pavement mentioned in the column, which gives a sense of the effect. Even in the photo, it appears to rise and fall, but it’s flat, really.

Update: Metro’s transportation blog The Source linked to my column with some commentary about the length of my journey compared to NYC rail lines and about (eventual) ways such a trip will be marginally faster. I like the Google map too. 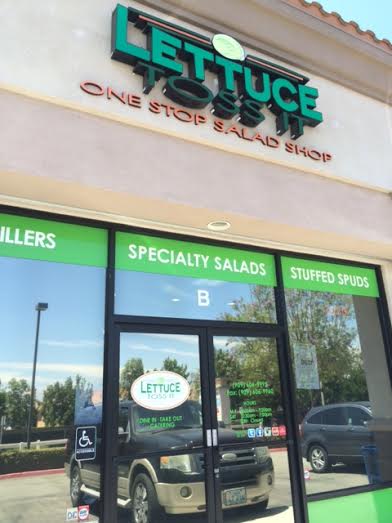 The above is, by the way, the most high-falutin’ street location of any of the hundreds of Restaurant of the Week posts here, but pay that no heed. This is simply a restaurant, one where you order at the counter, in a fairly ordinary neighborhood, even though there must be golf nearby. It’s not in the shopping center on the corner of Soquel Canyon Parkway but in a small complex north of there.

With that out of the way: Lettuce Toss It, a pun business name of which I approve, is one of the few places in these parts that specializes in salads. I had lunch there recently with two friends.

There are 16 pre-designed salads, some of which sounded good to me; I almost opted for the Strawberry Sweetness before deciding to go for the Toss It Your Way, in which you pick the lettuce, six toppings and a dressing ($8.50). 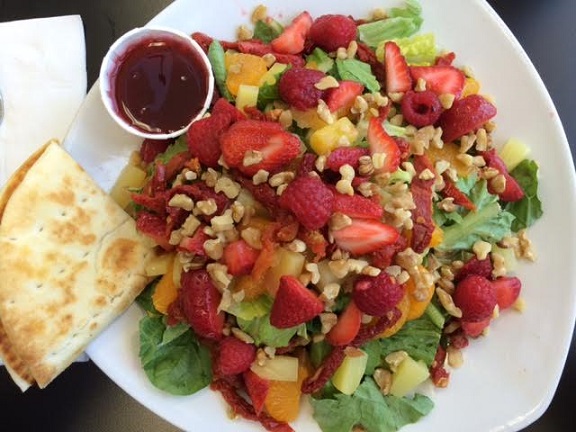 My choices, for the record, were spinach, with walnuts, raspberries, oranges, pineapple, strawberries and sun-dried tomatoes, topped with raspberry vinaigrette. (This was my attempt to recreate the Panera summer salad I like.) Very good, and very colorful, although the sun-dried tomatoes, as I suspected at the time, didn’t really go with the salad as composed. 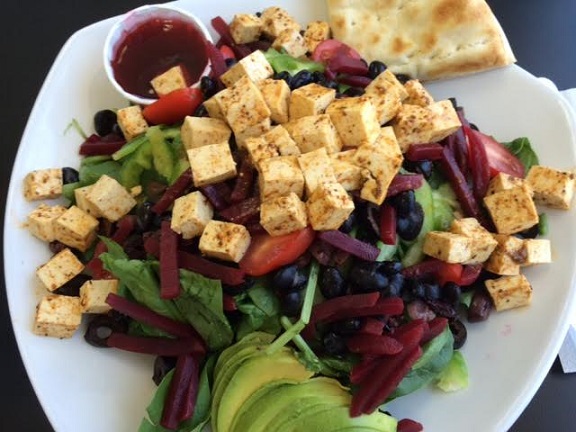 A friend also built her own salad: spinach, green and black olives, tomatoes and green peppers, adding grilled tofu ($1.50) and avocado ($1.25). “I really outdid myself,” she bragged. The vegetarian had been here twice previously and liked her salad.

The third got a salad-sandwich combo: half a JJ’s Ham and Swiss (plus sourdough, mustard and romaine) and the half Cobbler Gobbler Salad (turkey, bacon bits, cheese, tomato, romaine, egg and avocado). I don’t know why there’s not a scoop of peach cobbler in the Cobbler Gobbler. Price was not noted. 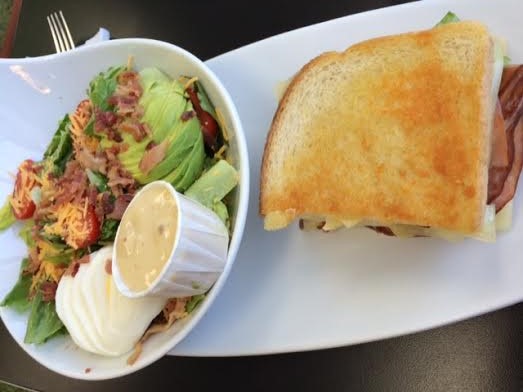 “Soooo good,” he reported. “I walked in full and thought I would eat only half, but I ate the whole thing.” He’d been here once before and, unaccountably, had a cheese quesadilla, which he said he liked.

The menu has sandwiches (which include my baseline sandwich, the tuna melt, and yes, I almost ordered one), which come with a side of chili, fruit or a salad, as well as wraps and baked potatoes. And quesadillas. And cookies (3 for $1.50): We had the chocolate chip, three of them, and enjoyed them.

We all liked the place, which opened a couple of years ago and is popular enough to have expanded into the vacant storefront next door, vastly increasing the seating capacity. The menu is well thought out and the name catchy, which made me think Lettuce Toss It is a chain, but it’s not. Maybe it will become one. Until then, check them out in Chino Hills, and bring a copy of a Lettuce Now Praise Famous Men. 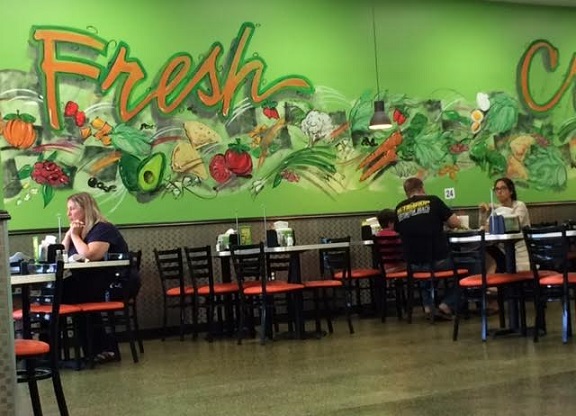 A speaker lets loose with profanity while crying and quoting Kafka. Even by Pomona City Council standards, this was unusual. I tell the story in Wednesday’s column.